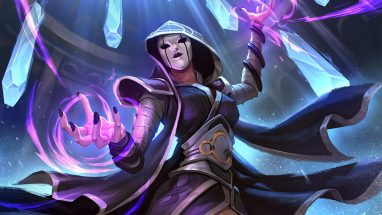 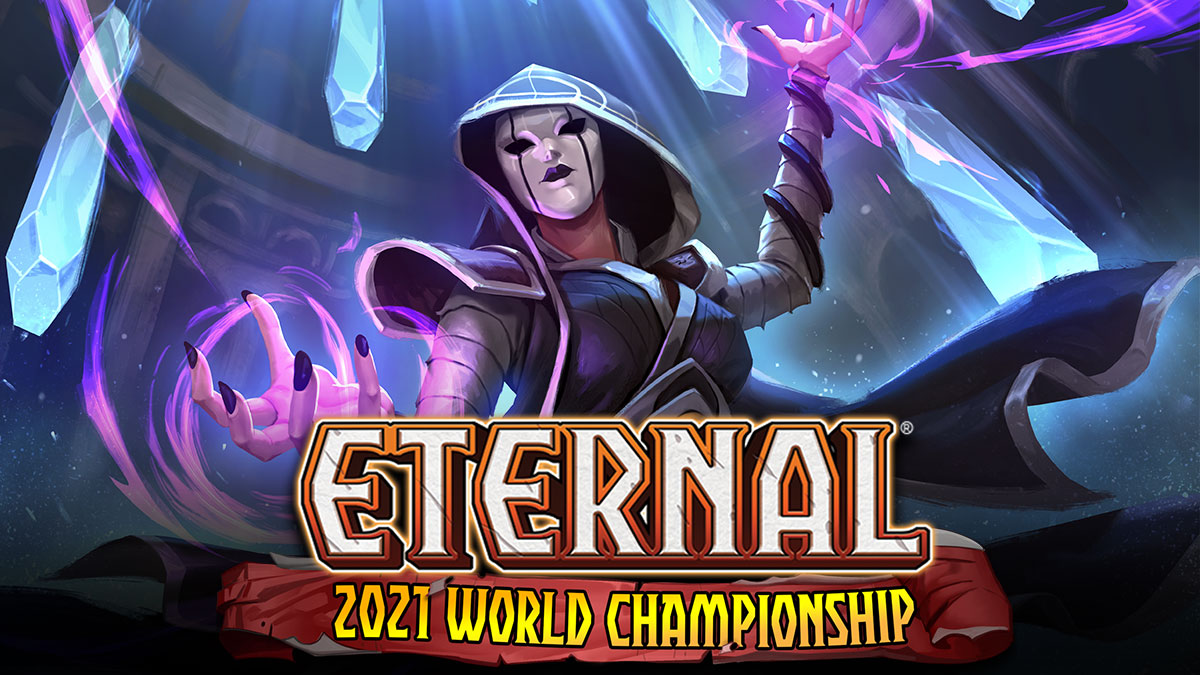 Organized play returns to Eternal® with $100k on the line in the 2021 World Championship Series!

In 2020, the community capped off a year of great competitive play with the first ever Eternal Celebration and crowned LightsOutAce as Eternal’s second World Champion. Now we’re back for a new year of hard-fought grinds and topdeck blowouts, all leading up to the 2021 Eternal World Championship!

Here’s everything you need to know to jump straight into competitive play and fight your way to the title of World Champion:

Sixteen players from around the globe will qualify for the 2021 Eternal World Championship. Here’s how you can get in on the action and claim your seat at the top table:

Opportunities to qualify are spread throughout the season, with seats being awarded for achievement in multiple formats with each new set release!

Going forward, each new Eternal set will be celebrated in marquee tournament events for each of our main competitive formats: Throne, Expedition, and Draft. In response to community feedback, this represents a substantial increase in competitive Draft coverage, with a clear path to World Championship qualification for players who master limited formats. 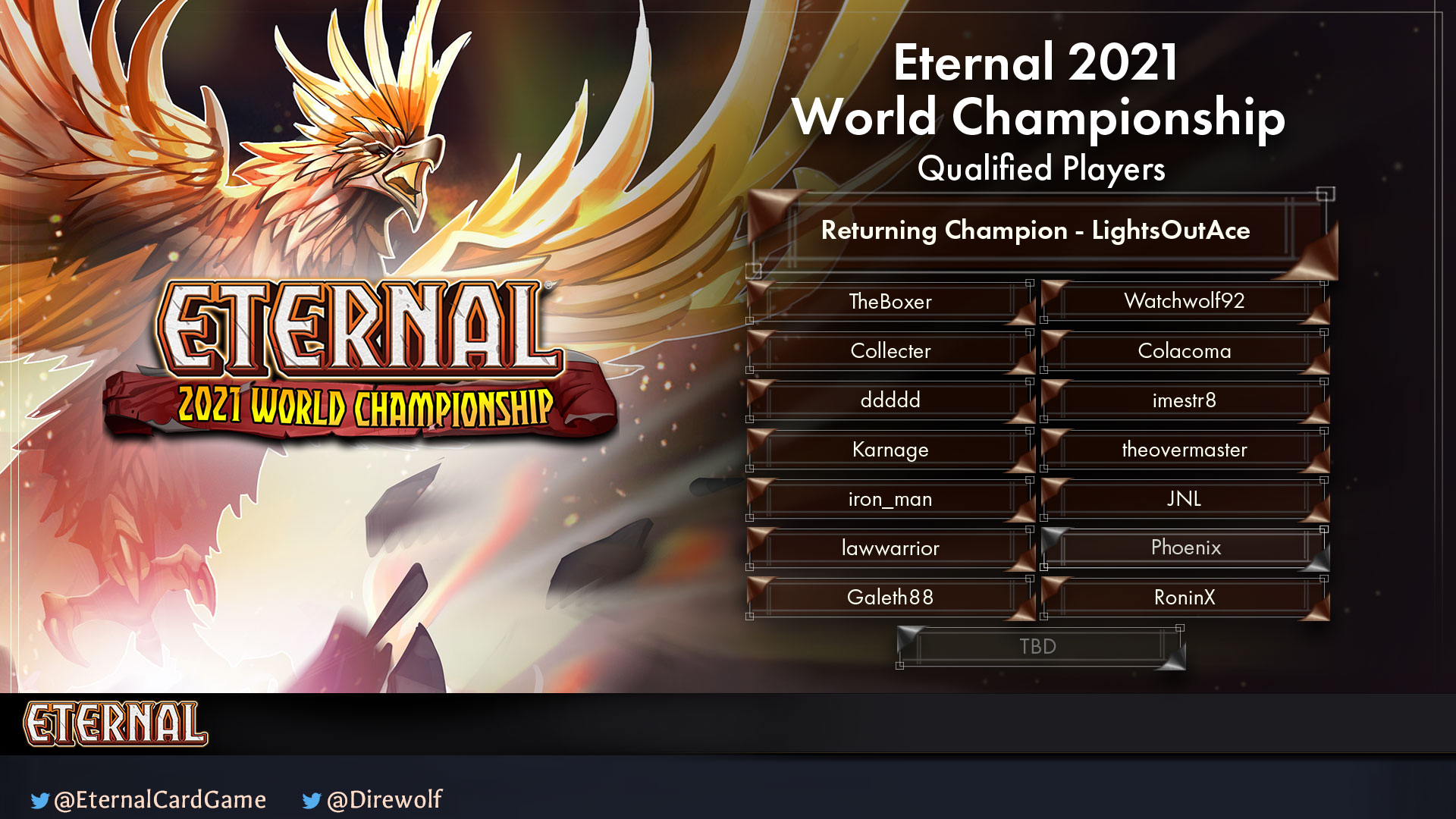 Our currently announced events for the 2021 organized play season will take place:

and will qualify more players for the 2021 Eternal World Championship!

Future Open dates to be announced later with an Open around once a month.

Each Open tournament will use the same structure, to reward sustained success across Eternal formats.

To recognize ongoing achievement in Eternal, players who are currently in Master rank in any format – or who reached Master rank in the previous month – are eligible for Master Entry with two pretty sweet benefits:

And the best part…Master Entry comes at no additional cost, as a reward for who hone their skills outside of the tournament environment.

Note: Mastery Medallions will become visible in-game before the first event, and will be retroactively granted to anyone who had reached Master on or after March 1st.

We wouldn’t be here if it weren’t for all of you: the Eternal community whose spicy decklists, entertaining Twitch streams, and mostly just really terrible Reddit memes create a vibrant and welcoming home for Eternal players.

This year, the 2021 Eternal World Championship Series is excited to include the community-run Tuesday Night Eternal tournament series, which will be awarding two seats at the World Championship! With weekly events and broadcasts, players looking for more high-level action and paths to Worlds will have even more opportunities to compete.

Keen an eye out on announcements there for more details on how those invites will be awarded.

We get it: taking down the top spot at a tournament full of Eternal’s best players is no mean feat. That’s why we’re reserving the last four seats at the Eternal World Championship for players who repeatedly demonstrate excellence throughout the Championship Series, but never quite manage to claim the W.

Additionally, players who reach the Top 16 of more than one Open will qualify for a special invitation-only Last Chance Qualifier event that will help fill any remaining seats at the World Championship!

(Note: In the unlikely event, 4+ players qualify through our “multiple top 4 finishes” path, the field will expand by an appropriate amount of slots to accommodate. While a remote event, we wanted to be upfront about how we would need to handle that.)

The race for the 2021 Eternal World Championship is about to begin!  We’ll see you on March 26 for the Stormbreak Throne Open as we send another player to Worlds!