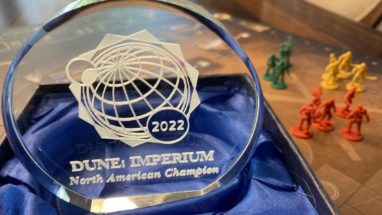 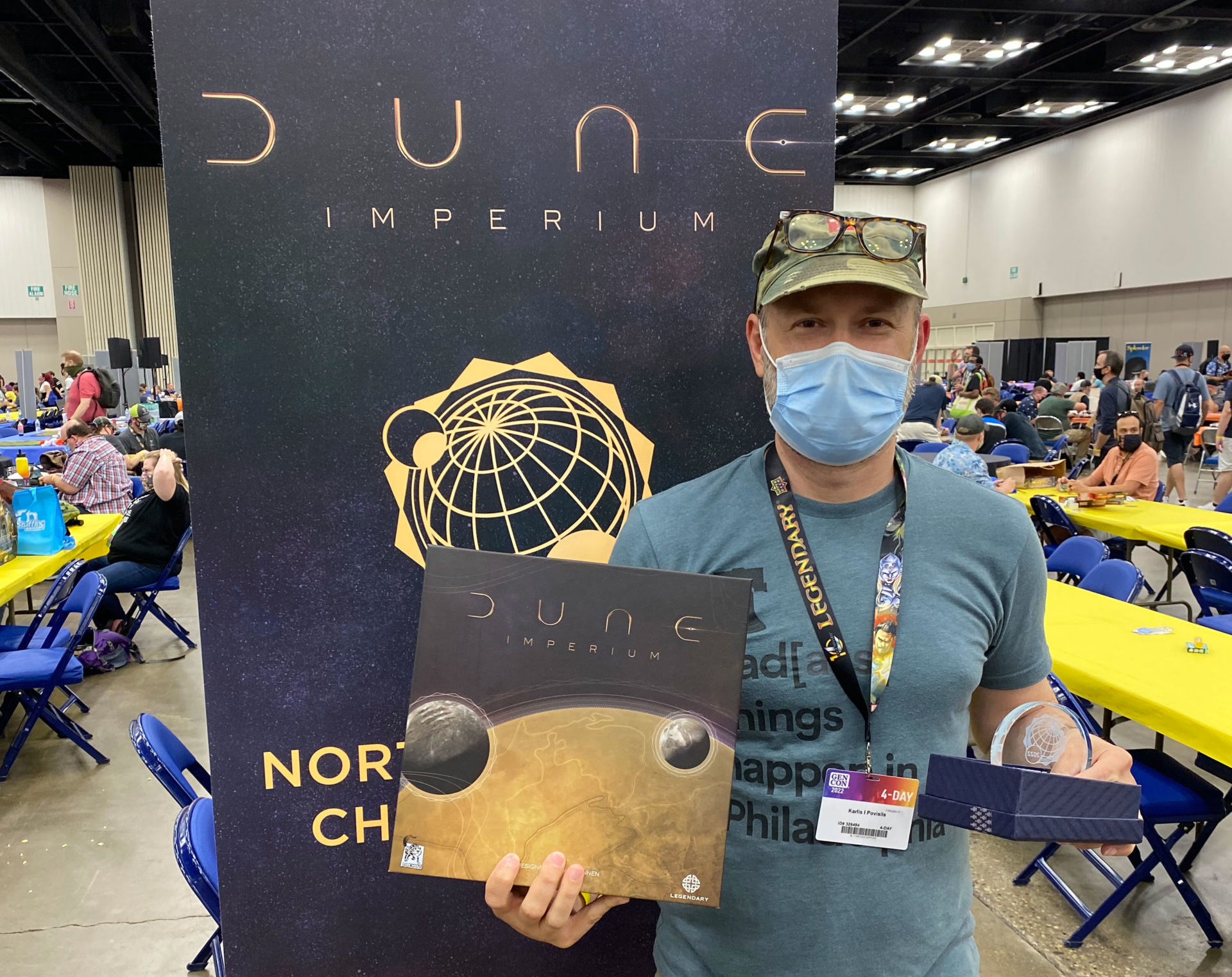 We spoke with Karlis over email to learn a little more about his history with gaming, and how he handled the pressure of the Championship match!

Where are you from? What’s your occupation?

“I was born and raised in South Jersey near Philadelphia but moved to Charlottesville when
I joined Apex Clean Energy in 2010. Apex develops, builds, owns and operates utility
scale wind, solar, battery storage and green fuels projects across the United States. My
specific role is to lead the development team.”

Are you a Gen Con regular, or a first-timer?

“My eldest son and I (along with my brother-in-law and his son) first attended Gen Con
since 2016. After a two-year hiatus due to COVID, we were thrilled to be back this year.”

What did you enjoy most about Gen Con?

“Gen Con for me is solely about playing great games.”

How do you generally play board games? Do you have a regular group?

“My game fix is appropriately varied, and Dune Imperium is in regular rotation in all of them:

I also play Twilight Struggle regularly on Steam with a retiree from New Zealand.”

Were there any especially memorable plays or moments during the Dune: Imperium tournament?

At the convention, you told us a story about Dune and your wedding; could you repeat some of that for us?

“My wife Jill and I were married onstage by the band the Flaming Lips on Tuesday, August 6, 2019. Before the concert, we took some mock wedding photos with the band and in one of them we used a copy of Dune as a stand-in for the Bible. 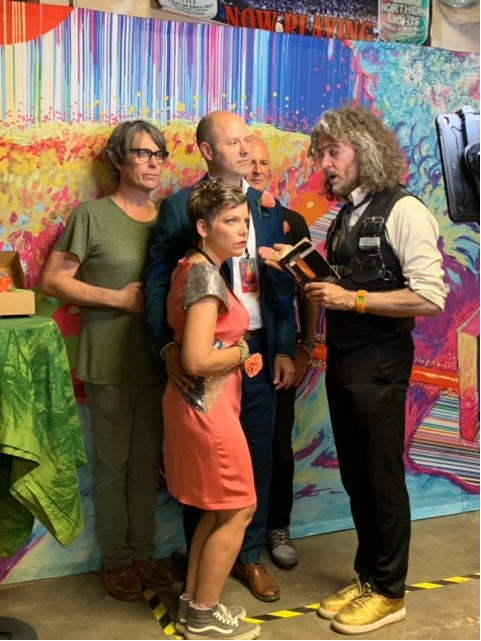 Space, the future and the vastness of the universe are some of the recurring themes in their music so it seemed a fitting connection. The cosmic connection of my Aug 6 wedding anniversary, Dune and the Flaming Lips augured well for my performance in the tournament.”

“Just a couple of random thoughts about Dune: Imperium I’ve been thinking about that may be relevant:

Do you have a message to any would-be competitors for the title in 2023?

“May thy knife chip and shatter!”

Karlis may hold the title for now, but the sands of Arrakis are ever-changing. We hope we’ll see all of you in 2023 competing for next year’s title!

Stay up to date on all things Dune by signing up for the Dire Wolf Newsletter!