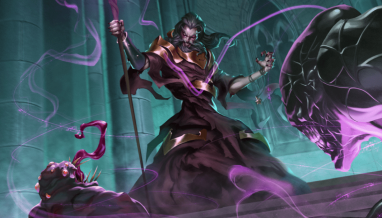 The Draft Preview for Argent Depths is nearly here! It launches tomorrow, June 16th. This will be your first chance to draft and collect some of the new cards, and play with Decay, Plunder, and the return of Revenge! We took a look at those mechanics last week, and now it is time to show off another! Let’s dive into Surge. 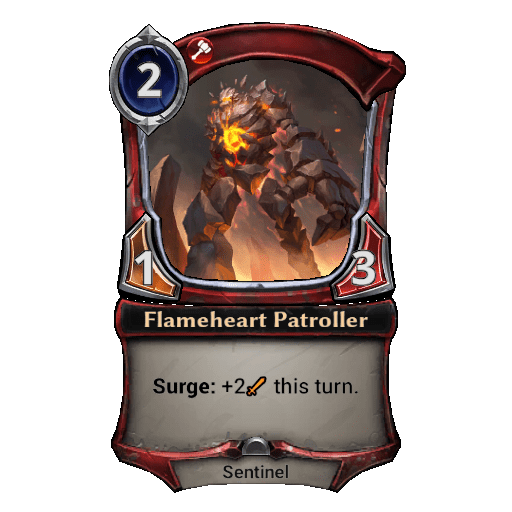 Surge is a new ability that means “When you gain influence, something happens.” In the case of Flameheart Patroller, it means +2

for the turn. So when we play another Fire Sigil, we’re attacking with a 3/3. But what if we play a Praxis Banner, since we gain two influence—a Time and a Fire—Flameheart Patroller powers up to a 5/3!

Clearly, Flameheart Patroller is an explosive attacker for a 2-drop. Let’s check out another Surge effect in Emerald Crafter. 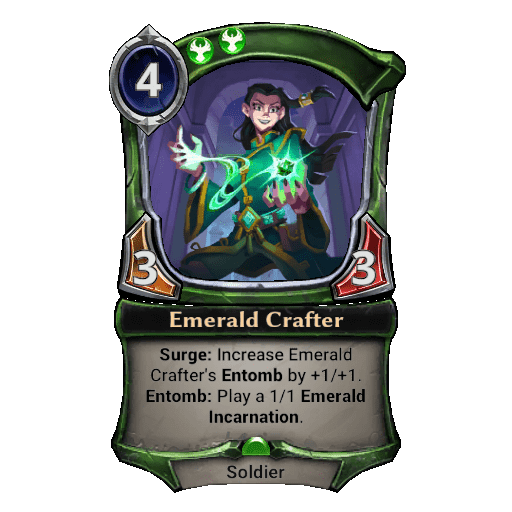 Here we’re getting a permanent bonus to Emerald Crafter’s entomb every time we gain influence. With its 3/3 body Emerald Crafter threatens to trade with a lot of early units, and the more we Surge before that, the bigger a legacy she’ll leave behind.

Playing power is the most natural way to gain influence for Surge, but there are more paths than that. 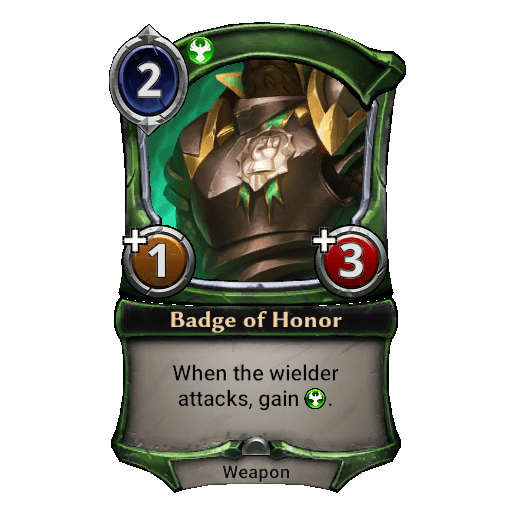 This weapon provides a big boost to a Surge army! Giving +1/+3 to a unit means we can reliably attack on most boards. When we do, we’re getting another Surge from all of our units.

A set with Surge means there must be some juicy new power cards to pair with them. Here are the Vows. 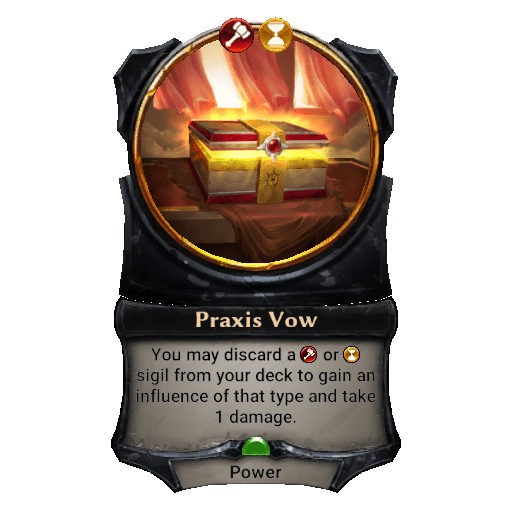 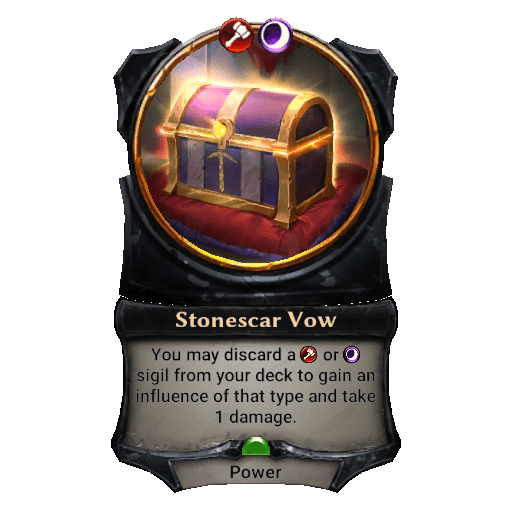 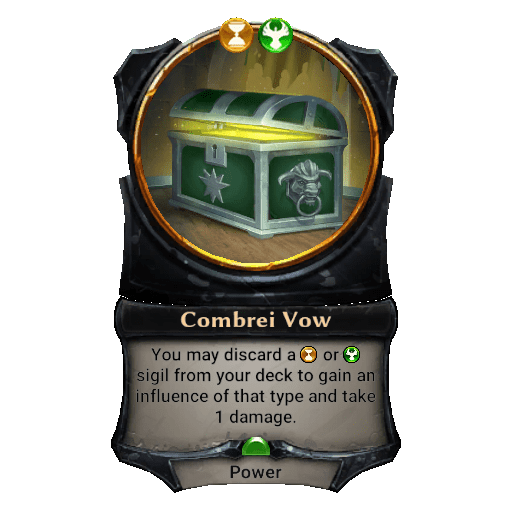 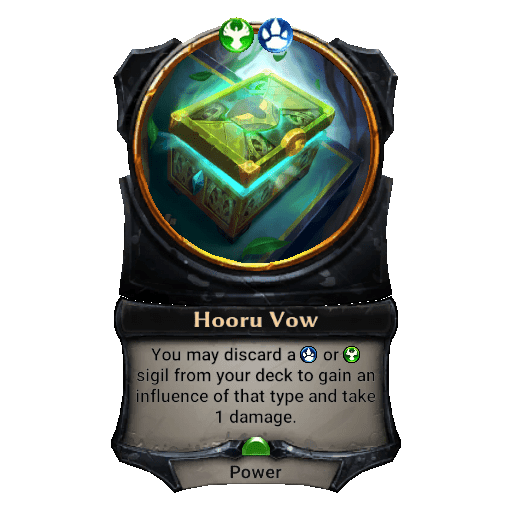 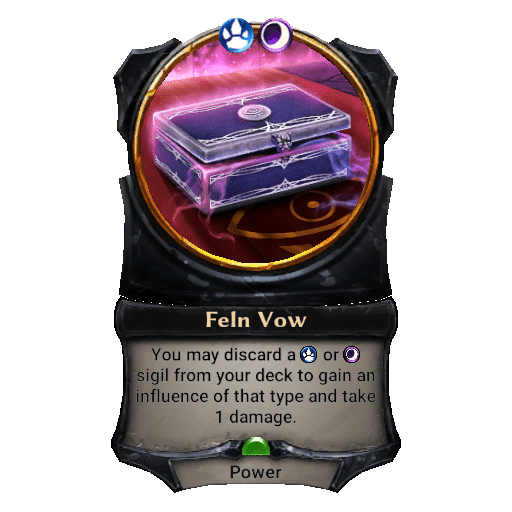 This new cycle of uncommon power cards always gives us undepleted power, and as long as we have Sigils in our deck, we have the option to get either faction of influence! These powers promise to be big for any deck that wants reliably undepleted power and access to different factions of influence. Creative deckbuilders might find ways to take advantage of some power being discarded as well…

There are still so many Surge effects to see. How does one of Eternal’s most notorious mages make use of some extra influence? 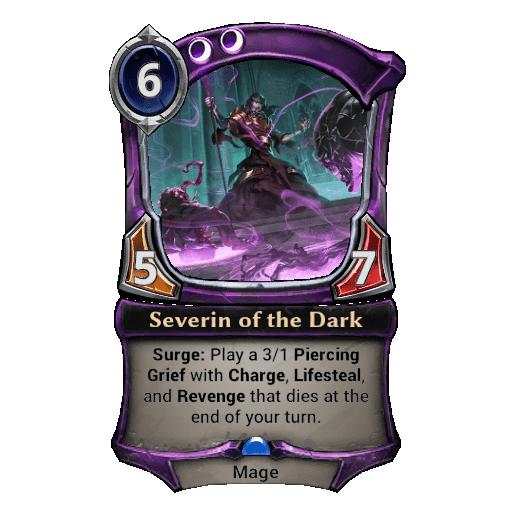 Good grief! Every influence gives us a Revenge unit? When Piercing Grief comes back with Destiny and draw us more cards, we’re bound to find more influence to keep the darkness spreading. That’s a spicy top-end for a Shadow deck!