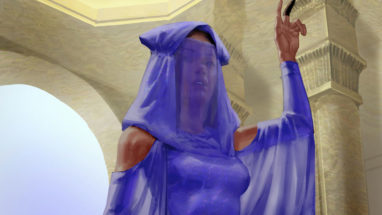 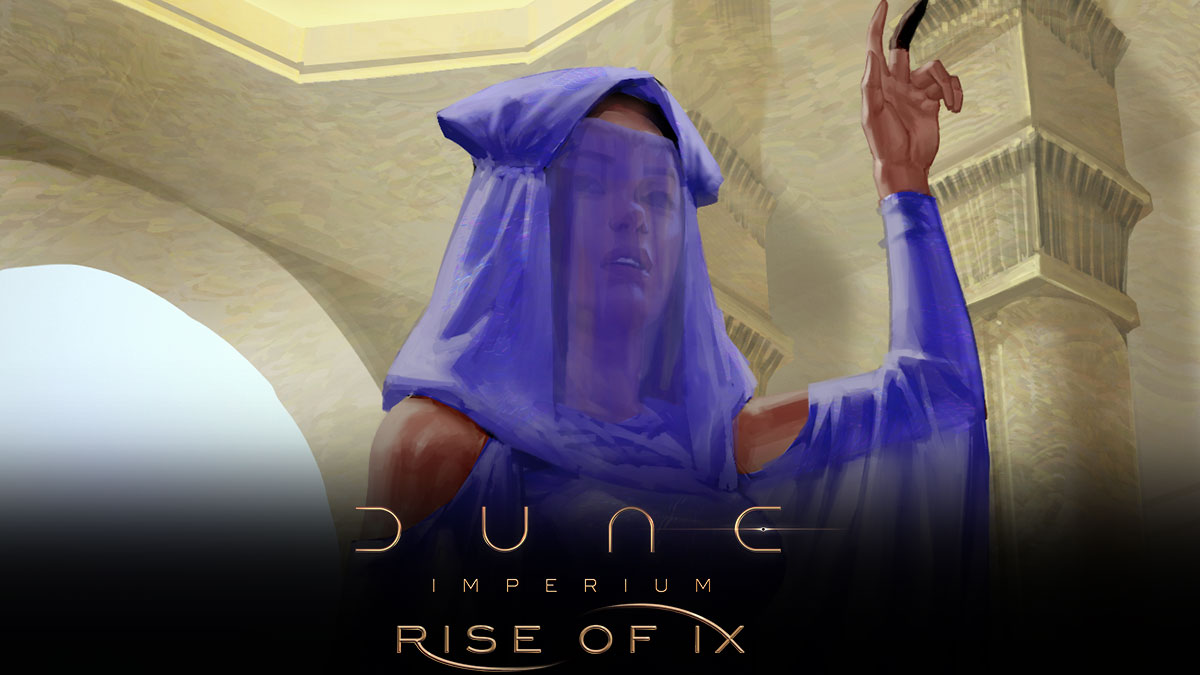 In the first Design Diary, we took a look at some of the new gameplay ideas that you’ll find on the board of Dune: Imperium – Rise of Ix. This time around we’re looking at how the new cards of the Imperium row expand and deepen gameplay.

On top of the new gameplay revealed in the first Design Diary, Rise of Ix adds 35 new cards with three new card-based mechanics. Here’s a look at what’s in store:

Here’s an example of a simple Unload card: Freighter Fleet. The icons on the left side of the reveal box are a reminder that you can get the effect (which is to move or recall your freighter on the CHOAM shipping track) by discarding or trashing it.

The base game had several ways to trash cards, so that last option is fairly achievable. But what about discarding? Only a couple cards in the base game – Test of Humanity and Reverend Mother Mohiam – could force an opponent to discard, which would make it somewhat difficult to trigger such effects.

Truthsayer would be pretty good if she allowed you to discard a starting card – say a Dagger – and draw into a better card from your deck. But, if you can pair her up with an Unload card, she’s even more valuable!

From a development perspective, we aimed to balance these cards so that you may not decide to pick them if you didn’t have any Unload cards yet, and there were other similarly-costed cards available. In other words, we tried to balance them so that they would typically be picked up by the player(s) who had already taken an Unload card.

One Imperium card in the expansion is somewhat peculiar in that it asks you to discard two cards. That’s a big ask, so you’d expect a big effect. In this case, the payoff is a Dreadnought, built at Ix and delivered by the Spacing Guild.

During the design phase, I set the cost of this card to 1 persuasion. It was an educated guess and I knew it might be too good, but I’ve found that by setting my initial guesses more toward the powerful side, that will ensure that developers will buy those cards and try to break them! In this case, it was indeed too little an investment for such an impactful card, so, during development, we raised the cost to 3.

The third mechanic in the expansion is a cycle of cards that have what we call Infiltrate icons. Each of these cards can only send an agent to one type of board space…but you ignore enemy agents when sending your agent!

As an example, let’s take a look at Jamis. Nothing your opponents do – barring The Voice – can stop him from visiting a Fremen space, because he has an Infiltrate Fremen agent icon.

There is a complete cycle of seven Infiltrate cards in the expansion – one for each agent icon. Here are a couple more examples. We’ll be revealing the rest of the cycle on Twitter and the Dune: Imperium Facebook group over the next couple weeks. So be sure to follow & join if you haven’t already.

Sign up for the Dire Wolf newsletter for more Dune: Imperium updates!

We’ve seen some players asking if solo mode is going to be updated for Rise of Ix. The answer is a definite yes! We’ll go into more details next time, and we’ll also bring you up to date on a new Epic Mode variant included in the expansion.

Until next time, may your spice harvests be bountiful!