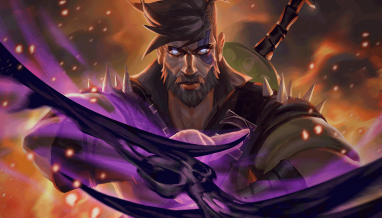 “I didn’t know then what he experienced within the Shadowlands, or how he survived that journey. All I saw at the time was the impossible – when he emerged from the shadow, Horus Traver was not alone.” – Talir

The story of Eternal’s beginnings can’t be told without the Strangers. From one common origin as Horus Traver, their lives diverged. Our first introduction, the “influence” Strangers, were a key tool for building multi-faction decks. 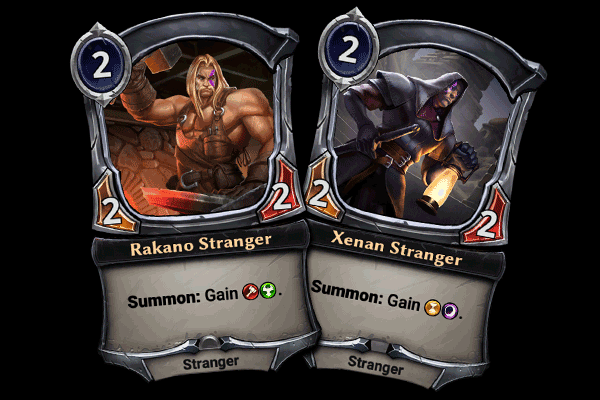 Others learned new skills to share with their brothers. 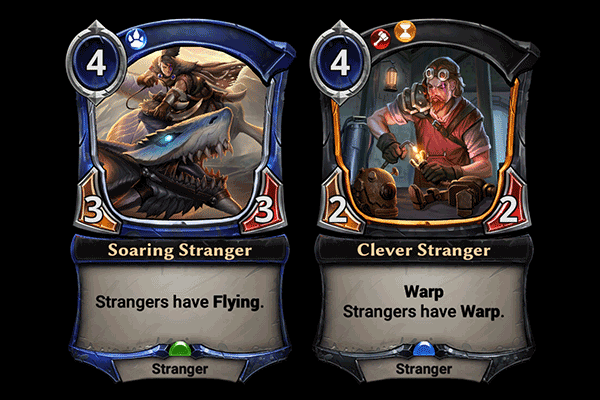 Finally, reunited in The Tale of Horus Traver, the Strangers descended on Argenport for revenge against the world that had wronged them. 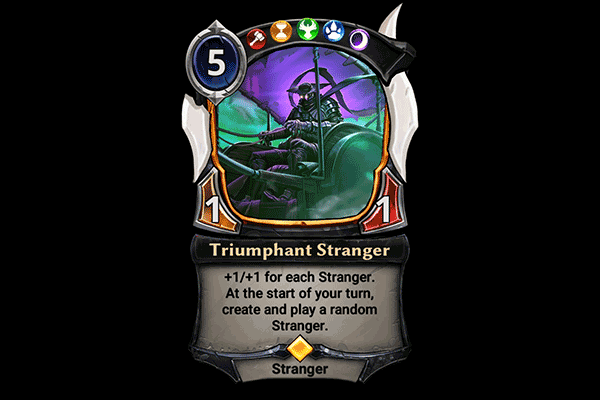 But following their showdown with Caiphus, the Strangers disappeared, scattered, never to be seen again… 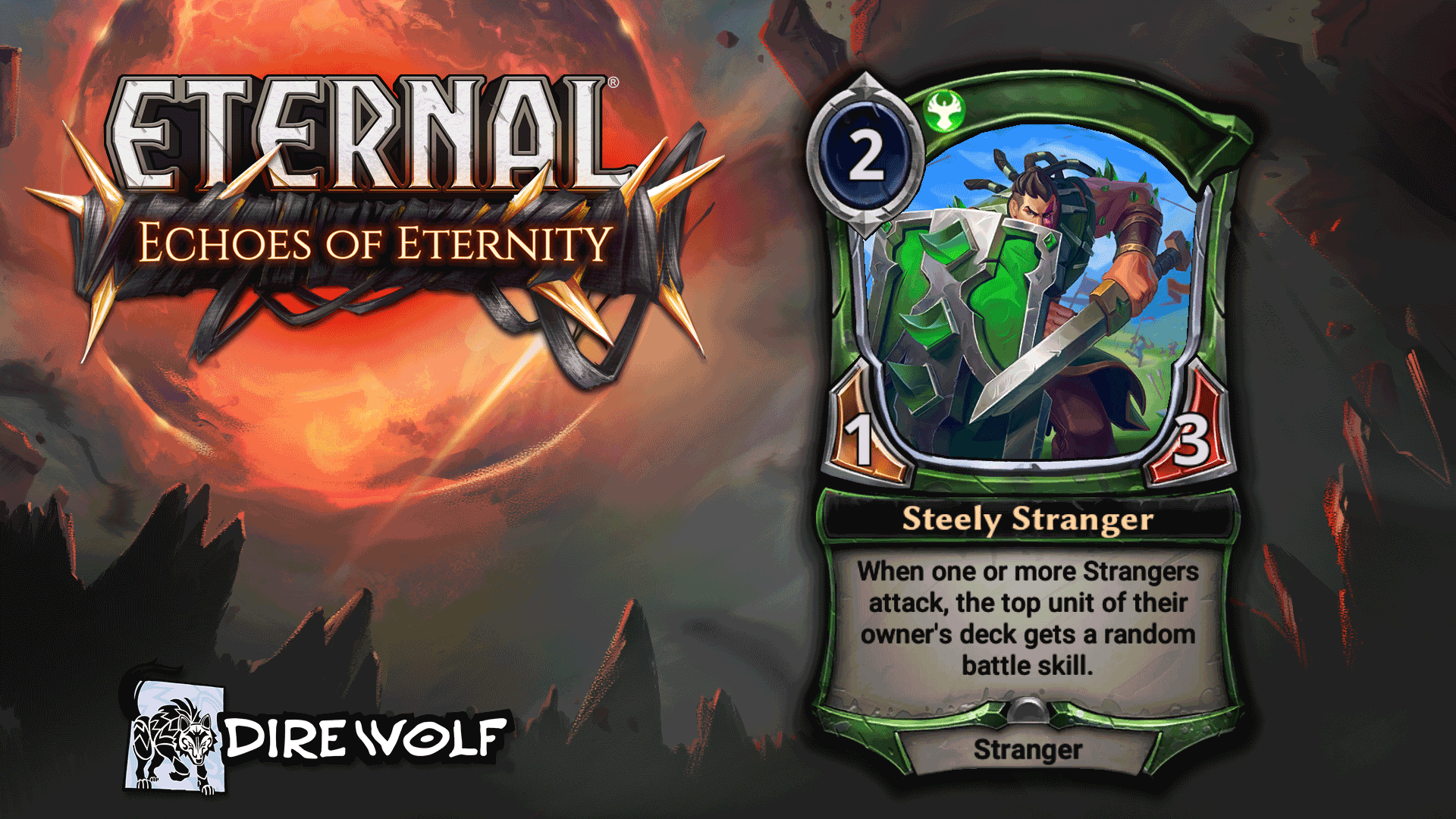 Unnoticed, on Xulta, the Strangers continued to learn and adapt. The battle-tested Steely Stranger leads our units to new skills with each attack. 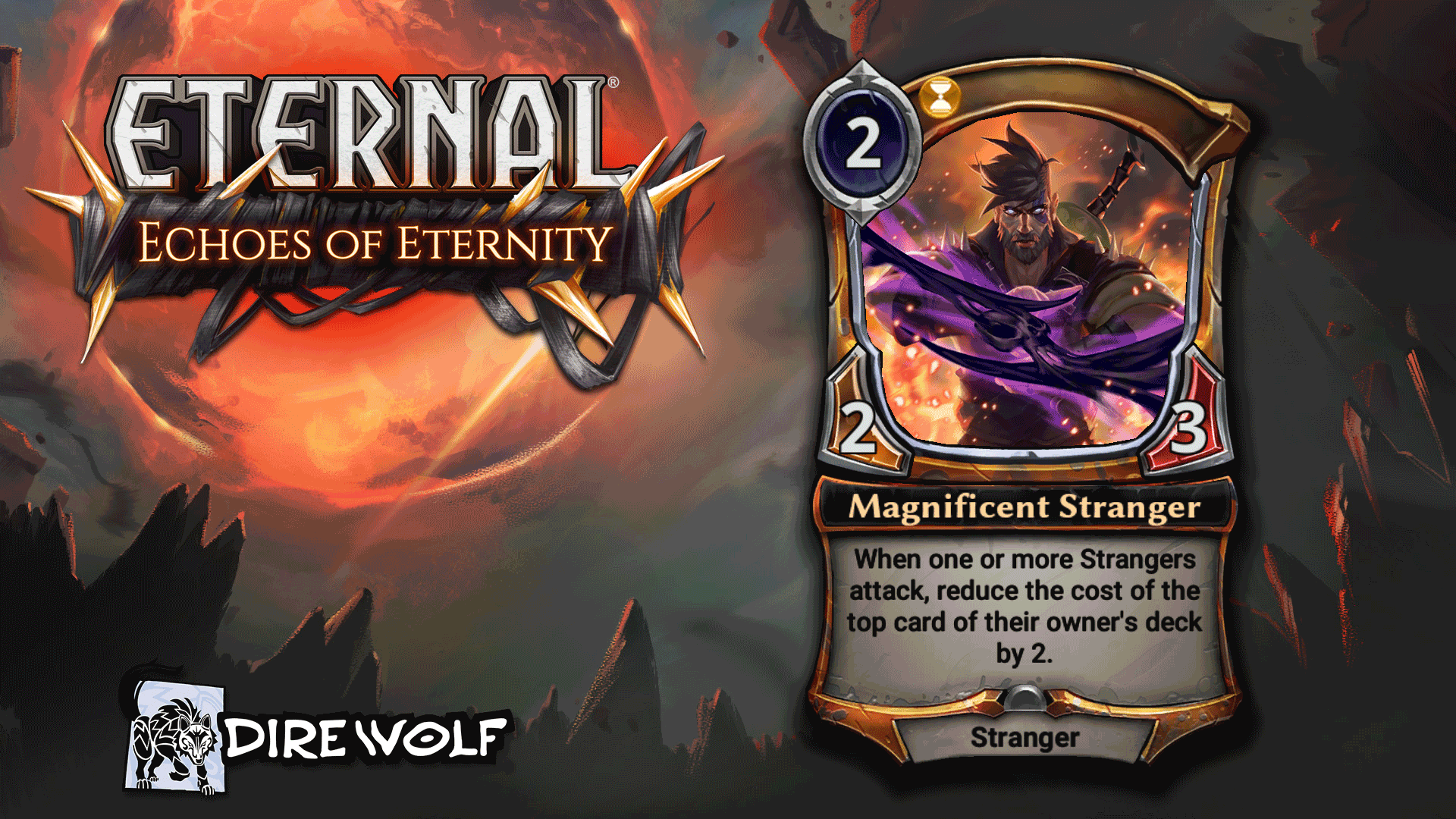 Looking to harness something bigger? Magnificent Stranger guides the way. 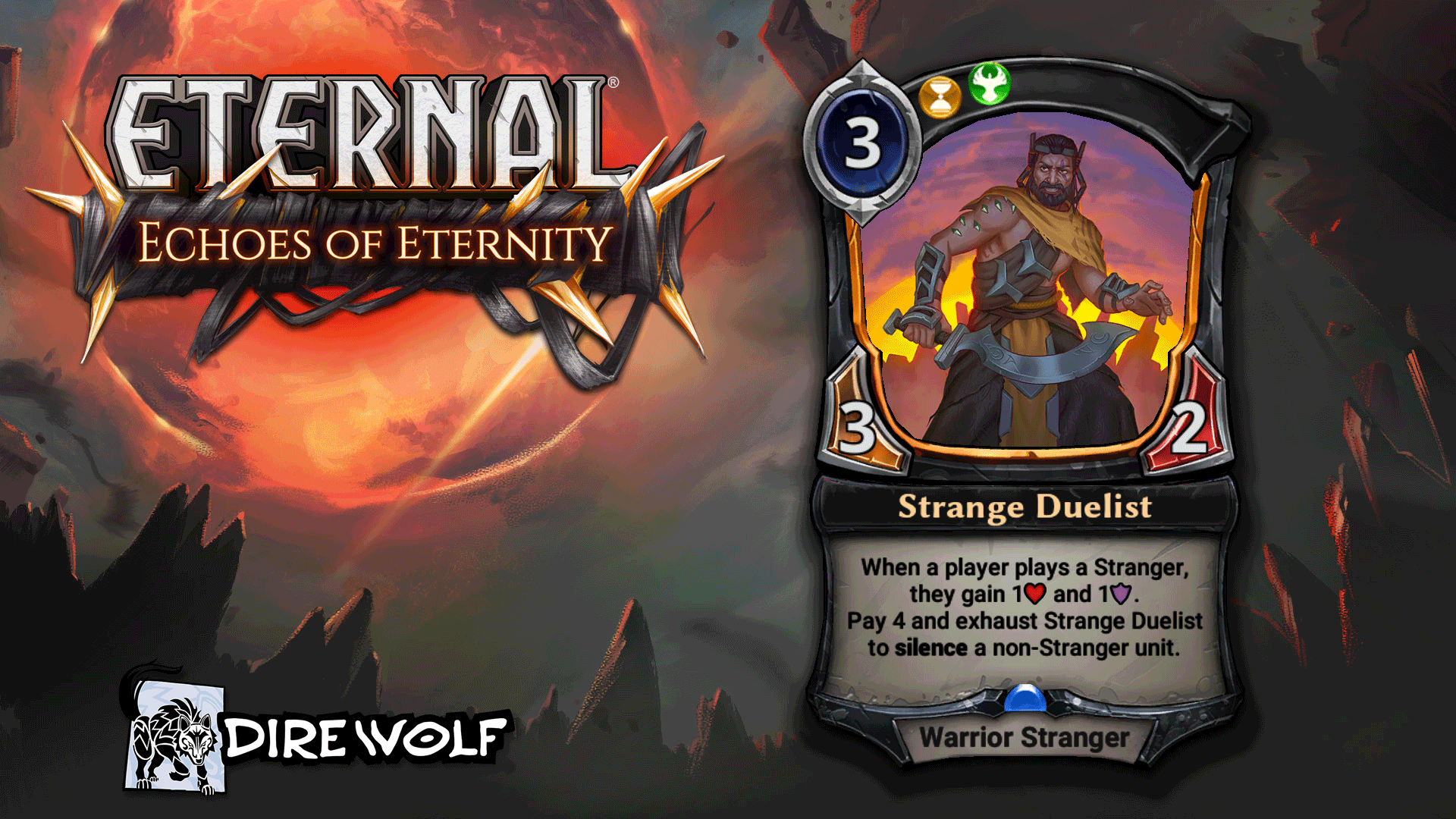 Strangers stand together. Strange Duelist gives a real boost to our defenses and threatens to silence those who stand in our way. 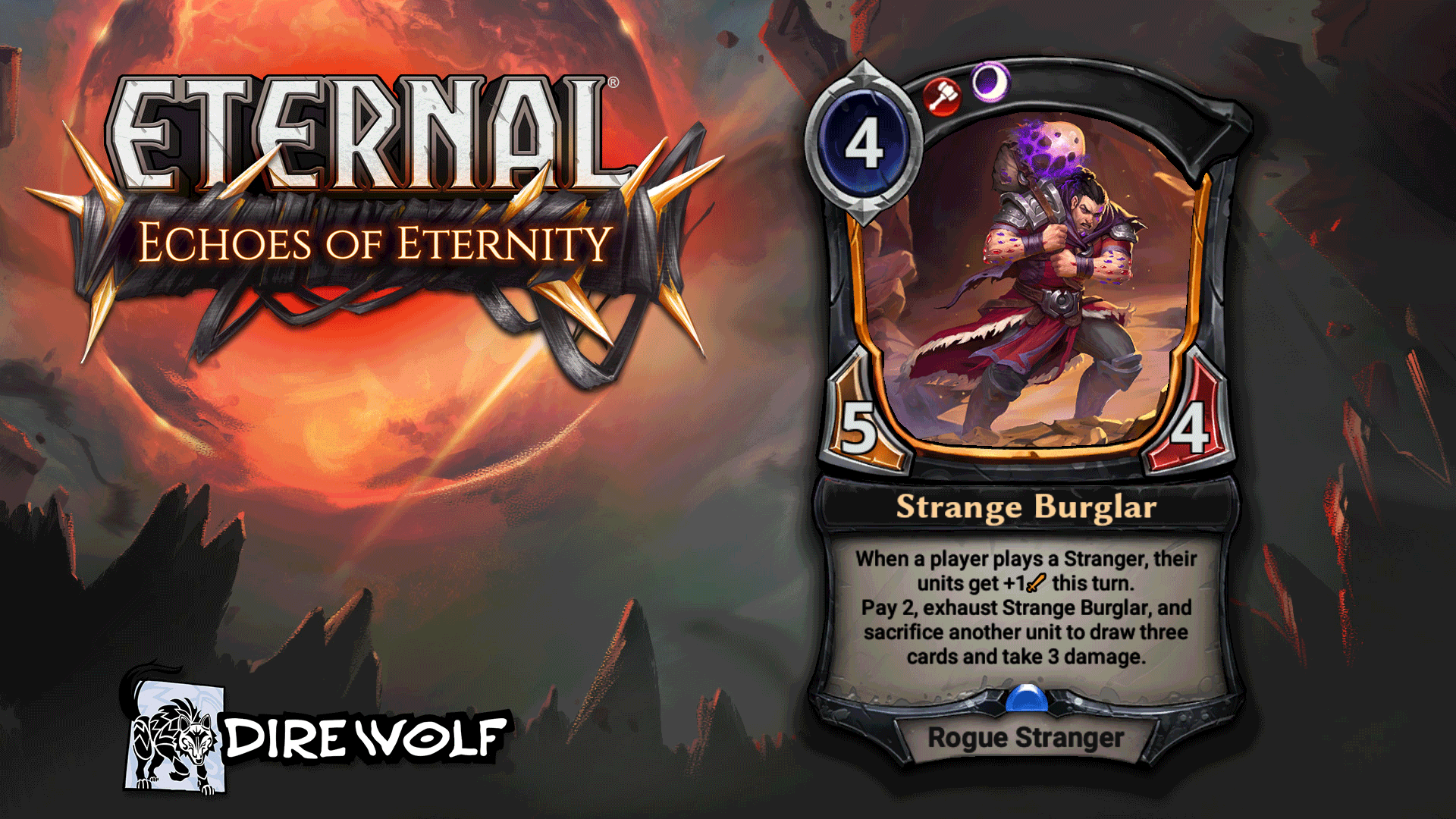 Strangers grow stronger in multiples, but Strange Burglar has learned that sometimes sacrifices must be made.

As we’ve seen, the Strangers have adapted to this new world of Xulta. Some have even grown in might by putting their faith in Xulta’s Ancestors. Enter Linrei Stranger. 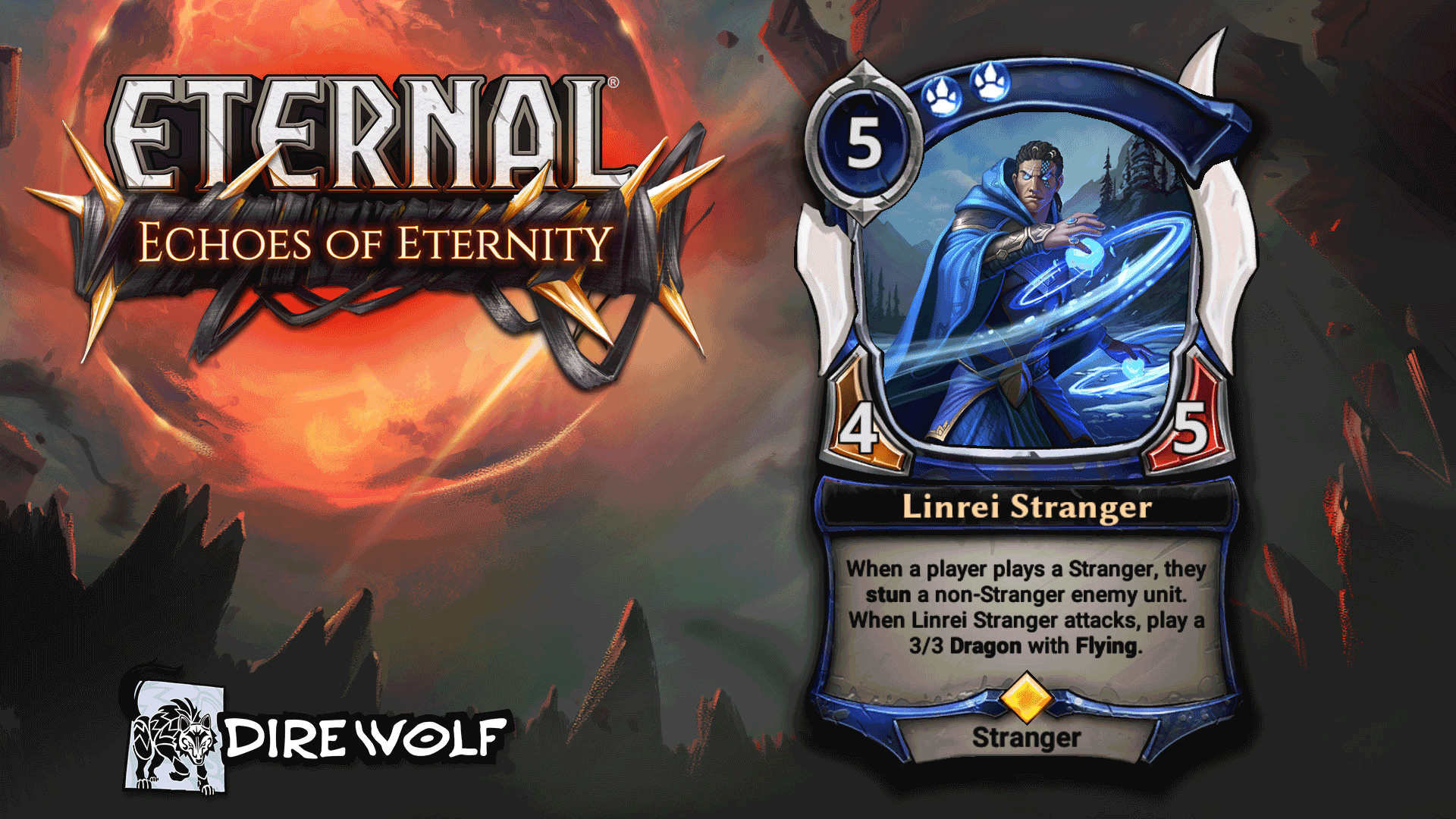 Soon we will know what role Horus Traver and the Strangers have to play as Eremot’s gaze centers on Xulta. Eternal’s next expansion, Echoes of Eternity is releasing soon — be sure to get your preorder bundle before time runs out!

Join us for more spoilers from Echoes of Eternity during the finals broadcast of the Winter Quarterly Championship, starting this Sunday at 9:00 am MST (1600 UTC) on Twitch!