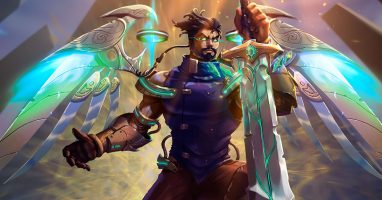 The world of Bastion is a harsh one. With the ever-present threat of the Shadowsea beneath their feet and the cramped living conditions all around them, many of Bastion’s denizens have developed additional skills to help them survive in this unforgiving city. From the regrowing vines of the Mandrakes to the thick armor plating of the Sentinels, a little bit more survivability goes a long way. 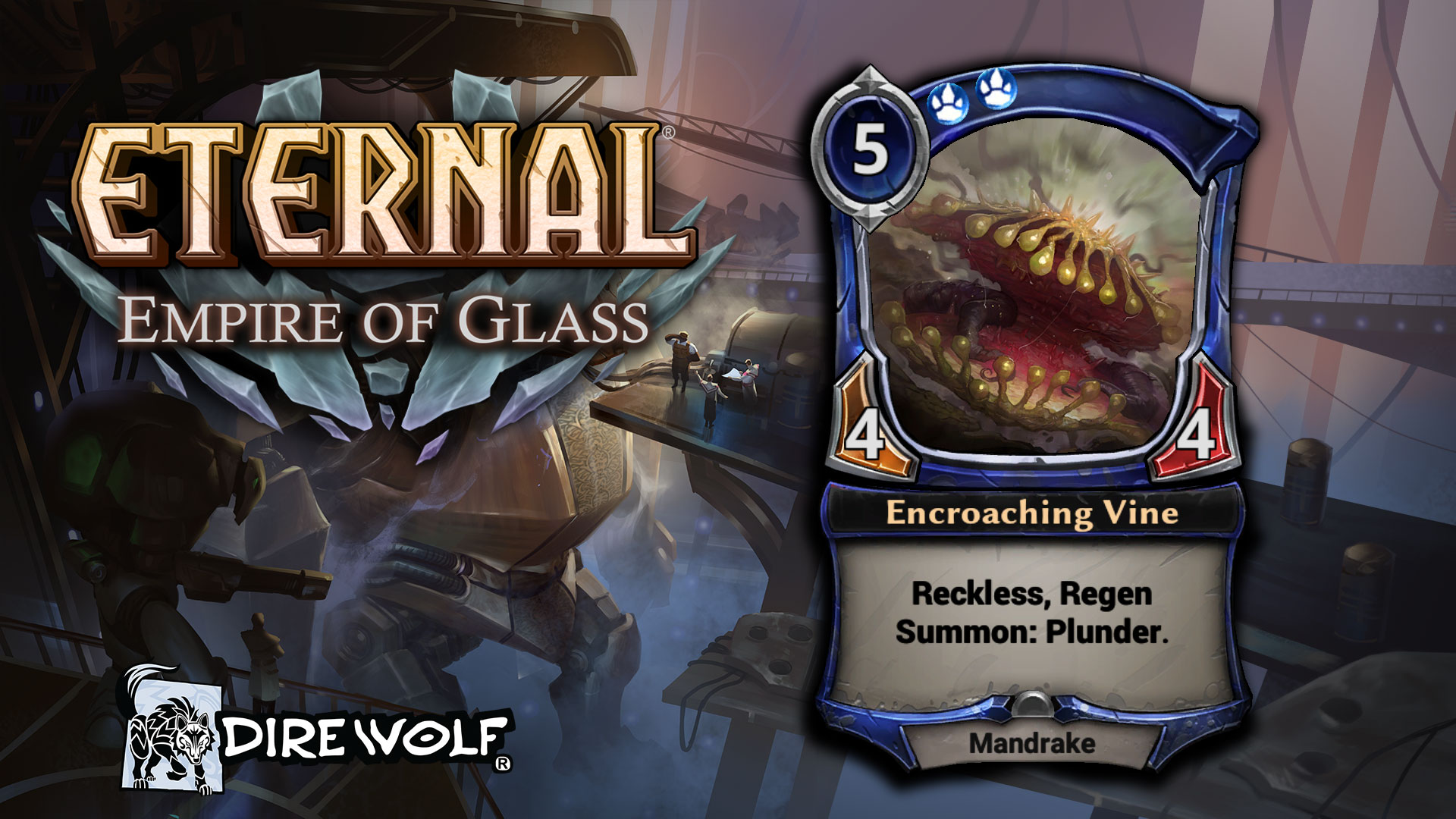 Regen – “The first time this would be dealt damage, prevent all of it.”

Regen is a new battle skill appearing in Empire of Glass. It’s a consumable battle skill, like Aegis, so it will protect the unit once; the next time Encroaching Vine would take damage like say from a Lightning Strike or a blocking deadly Scorpion, the damage will be prevented, Encroaching Vine will live and that “protective bubble” disappears.

Regen completely prevents the damage, nothing gets through. Meaning all the effects of that damage are prevented such as damage with Lifesteal, Deadly or Decay. And with Overwhelm, since there’s no leftover damage, no damage will be dealt to the enemy player either. 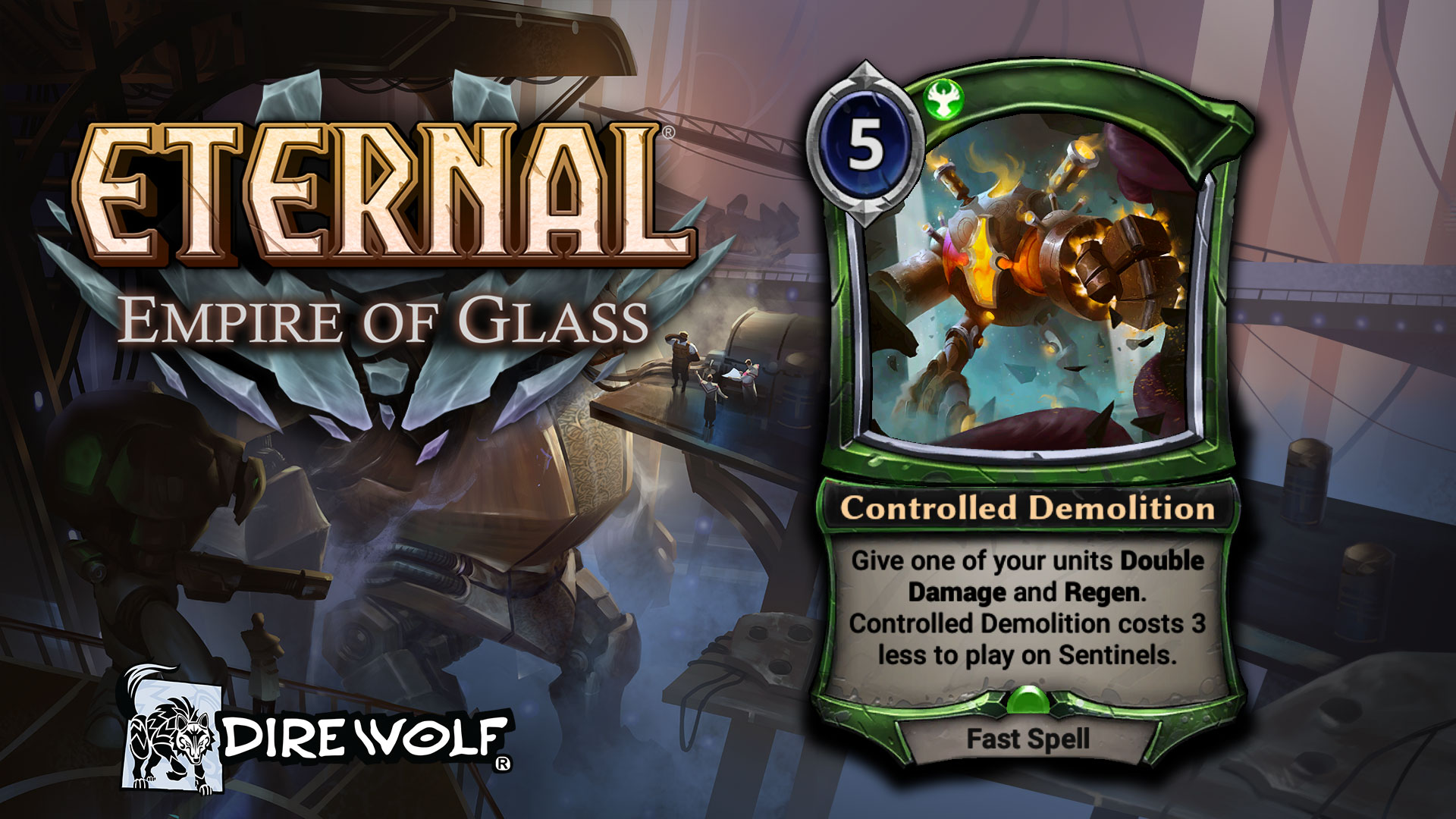 Regen is an awesome way to enhance a unit. With Controlled Demolition we can give it to one in the middle of combat for a huge blowout. Our unit won’t suffer a scratch thanks to its Regen. Now, what happens when we give an Aegis unit Regen?

When the enemy plays a spell on a unit with Aegis and Regen, Aegis takes precedence to block the effect. So if a Torch is played, the Aegis will pop, the effect is negated and the Regen remains. Invulnerable to Damage is a similar case. It will apply first and stop any damage, leaving the unit with its Regen intact. 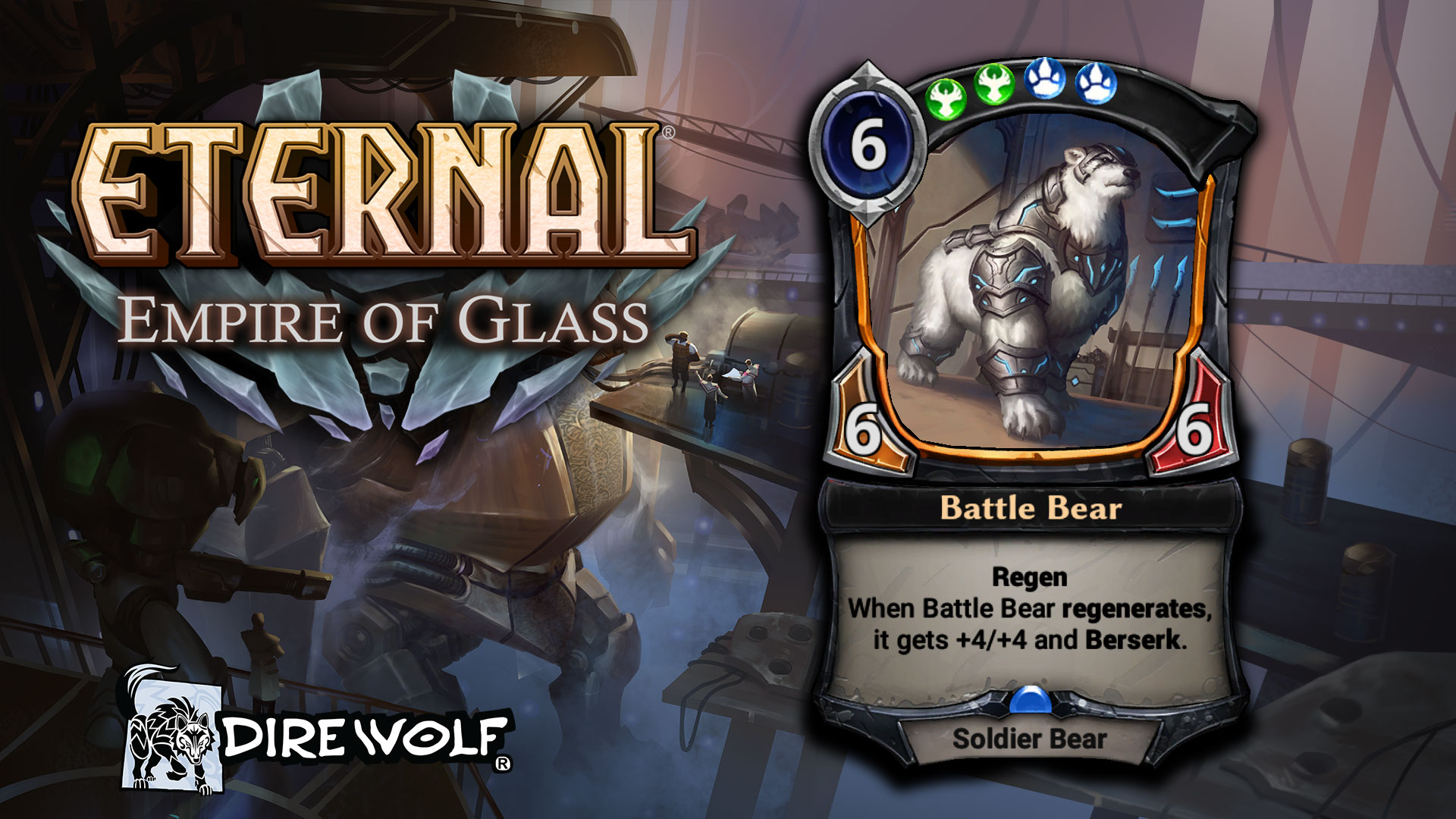 That’s one ferocious bear! A single point of damage is enough to pop the Regen, meaning the Bear regenerates and gets that regenerate bonus. In this case our 6/6 Bear gets all riled up into a 10/10 with Berserk!

Regen is a potent skill for both offense and defense. On offense, a 6/6 Bear with no skills can’t attack through a deadly Scorpion or a couple of Sandstorm Titans ready to double block it down. With Regen, the Bear can burst through, shrugging off the enemy’s first attempt to take it down.

And on defense, Regen really shines against an aggro deck with damaging removal spells. A great start of Oni Ronin plus Torch meets its match in Regen as your unit will eat the Oni Ronin if it attacks and a Torch can only knock off the Regen.

Speaking of offense and defense, let’s see a unit who is up for both: 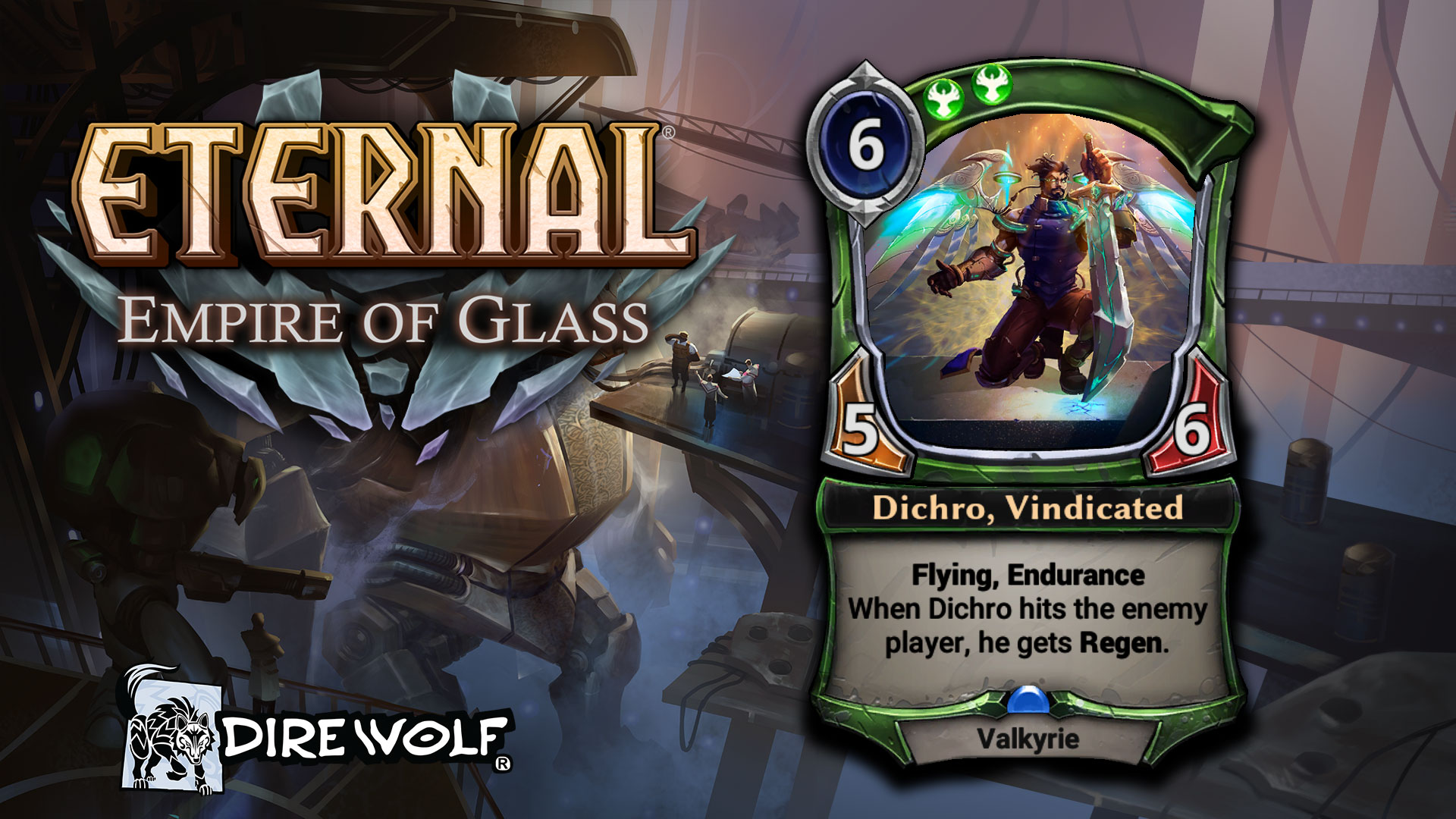 In the Bastion, Valkyrie technology has made a leap forward. A 5/6 flyer primed to get a big hit, Dichro can then fire up his Regen. With Endurance, Dichro is immediately ready to dominate all aggressors, whether they come by ground or in the air.

The newest battle skill in Eternal, Regen’s debut is just days away in the Empire of Glass Draft Preview starting December 7th where 61 cards from the set will be added to a special preview draft format. Any cards you draft you can immediately add to your constructed decks.

And preorders start December 7th, so be sure to take advantage of all the extra value you get with a Pre-Order Bundle!