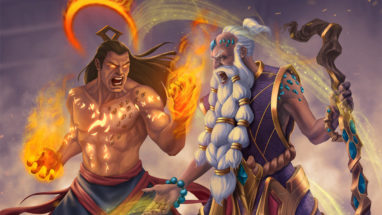 Hello, I’m Patrick Sullivan, one of the designers on Eternal, and this is the first of several mechanic preview articles for our upcoming release, Unleashed. Today I’ll be doing a more extensive review of Frenzy, which was touched on in our Unleashed Announcement.

Frenzy is a gameterm that means “Does something when you or a non-attacking unit hits the enemy player.” This is pretty straightforward in the usual cases–Torch the enemy player, hit them with a Relic Weapon, or any ability from a unit that damages an enemy outside of attacking. Frenzy is not an Ultimate-style ability and can even trigger multiple times in the same turn. Lastly, Frenzy does not trigger when an attacking unit deals damage to the enemy via an ability, such as Mercenary Vanguard, nor triggers from Nightfall, as that damage isn’t considered “sourced” from either player. 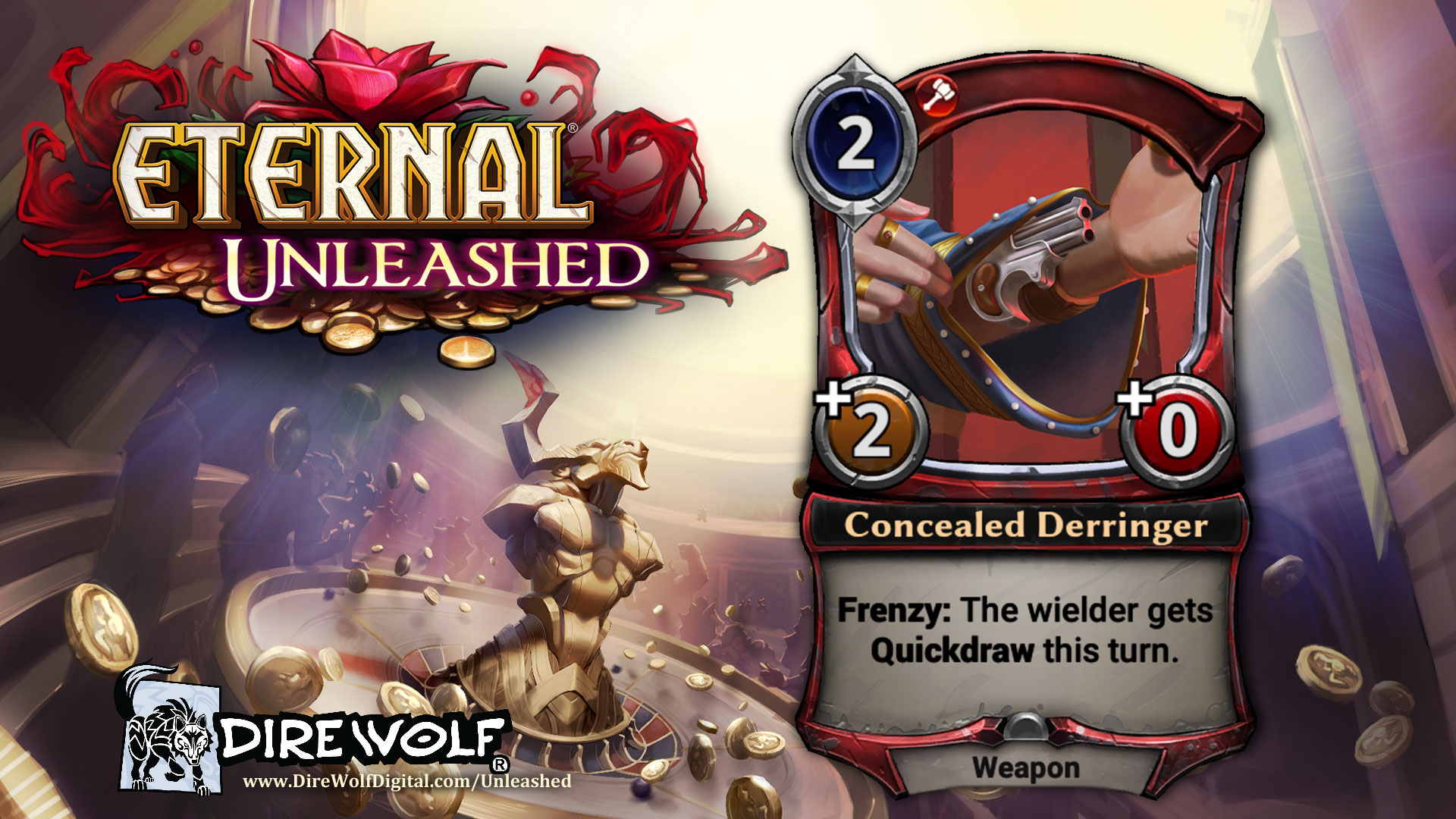 Frenzy appears on a variety of card types, including unit weapons. Concealed Derringer plays very well in aggressive decks that are capable of enabling Frenzy, especially at Fast speed. Between pouring on the damage and making your units harder to interact with, Concealed Derringer is a nice tool for Draft or budget-style Frenzy strategies. 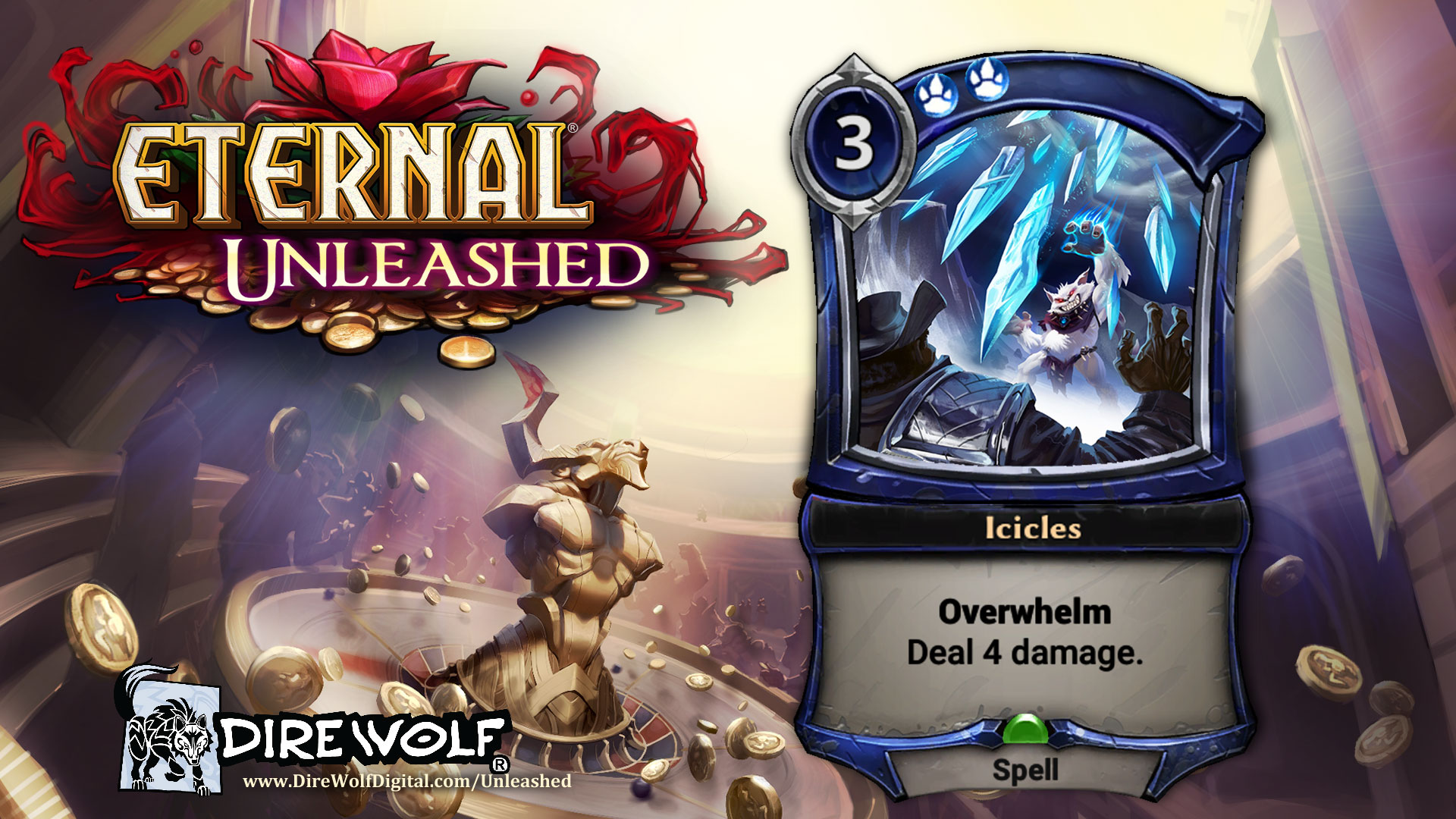 There are a number of cards that take on a new meaning with Frenzy in the mix, and the biggest winner might be damage-dealing spells that can be spread across multiple targets. Icicles is the latest in a long line of obliterates, piercing shots, and frostburns that can interact with opposing units while also enabling Frenzy. Icicles fits into all sorts of strategies–Frenzy, Spell Damage, or even regular Primal aggressive decks can put this to good use. 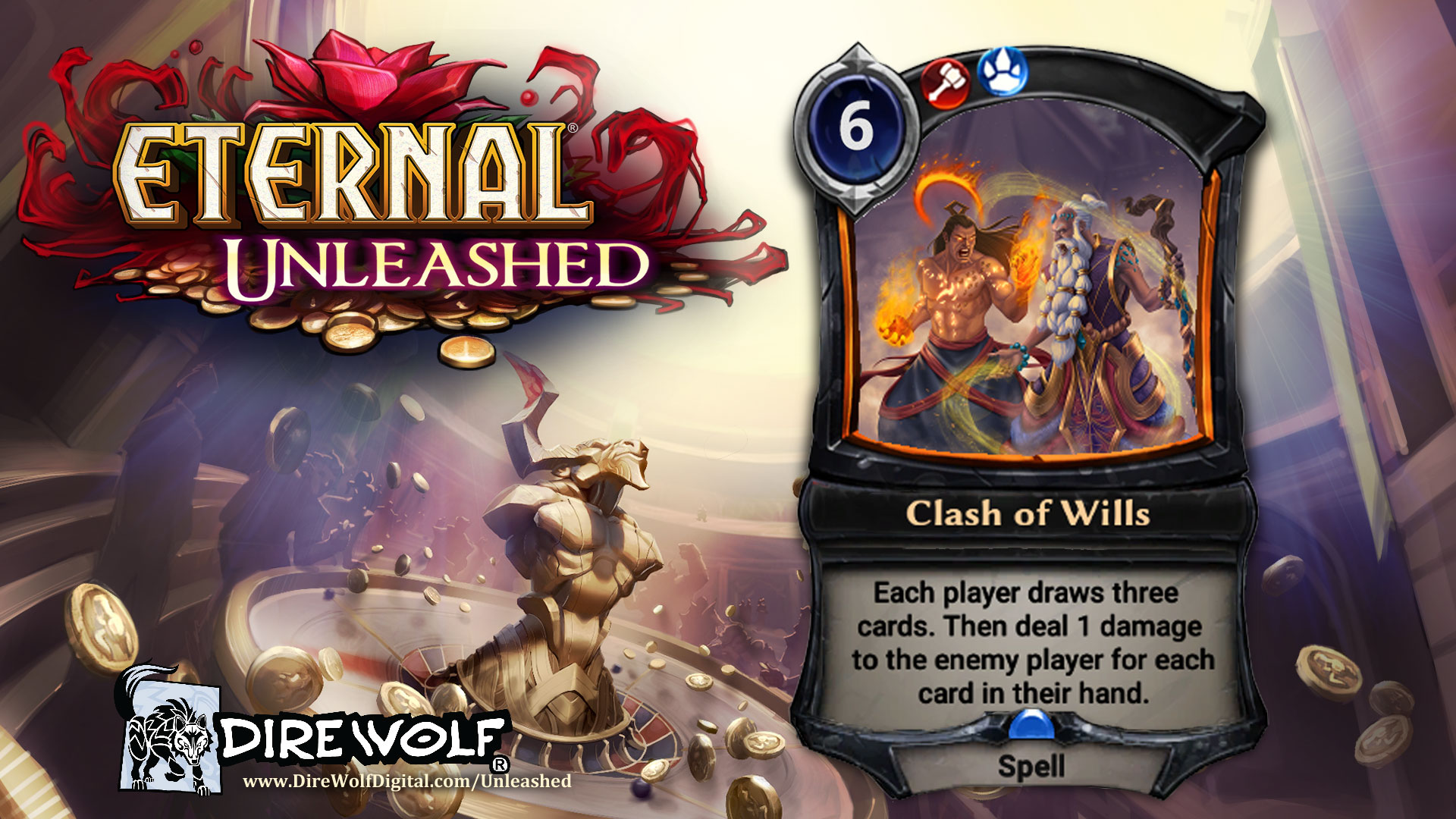 Clash of Wills can fill a lot of purposes–a Maul-like finisher against slow decks, a way to gas back up, and of course a very potent Frenzy enabler. Alongside inexpensive cards that deal damage, Clash of Wills can play a lot like Channel The Tempest at a much lower cost.

Unleashed is available right now, so make sure to check out all the products and bundles available, and make sure to stay tuned as more mechanic and card previews get shown off in the coming weeks.