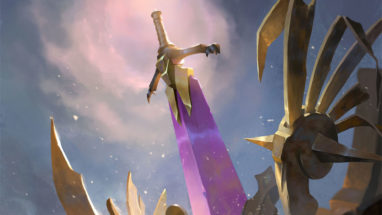 Hello, I’m Patrick Sullivan, one of the designers on Eternal, and what follows is a comprehensive change to the rules for Destiny, one of the skills in the game. This change was prompted by a mix of immediate need in light of a new keyword in the upcoming expansion, Unleashed, as well as being a general balance and quality-of-life improvement we’ve been considering for some time. This update will go live Wednesday, May 4th.

Previously, the rules for Destiny were “automatically played when drawn, then draw another card.” For the most part, these rules captured the normal case–you would draw a card with Destiny, it would get played for free, and then the game would proceed.

Of course, this was not the totality of the Destiny experience. Destiny has had a history of producing infinite combos, one player monopolizing the clock while the other player sits and waits, and games resolving based on a player’s ability to manage clicks quickly enough to avoid timing out in the middle of a combo. This has never been a desirable situation, but was infrequent enough that it wasn’t worth changing the rules.

With this new mechanic, any card with it that gained Destiny would immediately go infinite. This is plainly not acceptable, and as such we are changing the rules to prevent this along with other interactions. Besides fixing the immediate issue, this change should give us breathing space to make more Destiny designs, a mechanic we love in the “normal” case but which was a major development challenge in the previous world.

Destiny has gained “Destiny cannot be copied.”  All Copy effects will omit granted Destiny when making the copy. For example, if a card with Echo and Destiny is drawn, the copy will not have Destiny and only the original copy will be played for free via Destiny, and only one additional card will be drawn for Destiny. If you somehow copy a card that natively has Destiny, such as Firebomb, the copy will retain Destiny. 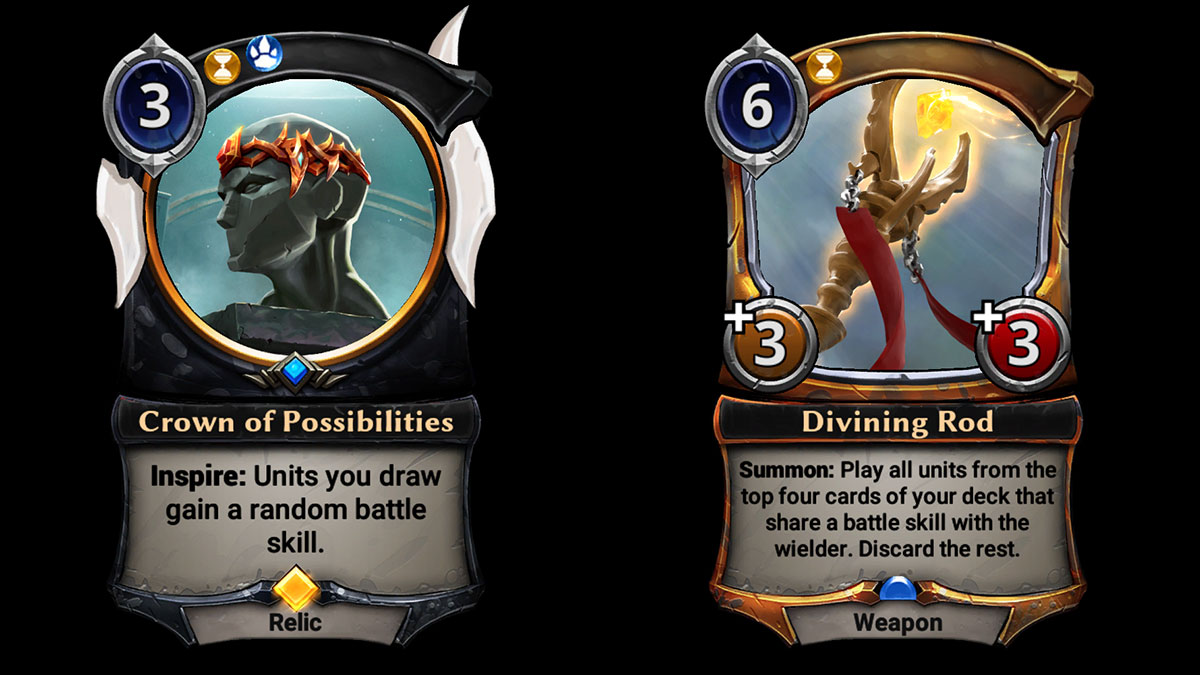 Both Divining Rod and Crown of Possibilities will be eligible for sellback for a full Shiftstone refund. Though these cards are changing more as a function of the rules than as power level hits to each of them, in practice they are weaker enough such that we want to adhere to our sellback policy.

Unleashed is available right now, so make sure to check out all the products available, and make sure to stay tuned as more updates card previews get shown off in the coming weeks.

The best way to keep up to date on everything coming to Eternal with Unleashed is by signing up for the Dire Wolf newsletter. You’ll also get a code for a free pack with every email!