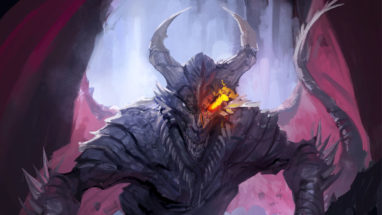 Hello Eternal fans, I’m Patrick Sullivan, one of the designers on Eternal. What follows is an explanation of our upcoming live-balance changes, which will be live later today, along with another Cold Hunt preview. Both of our constructed formats, Throne and Expedition, are in good shape in terms of balance and faction representation. We considered taking no action this time around, but decided to make two quality-of-life tweaks to two commonly-played cards that share some similarities. 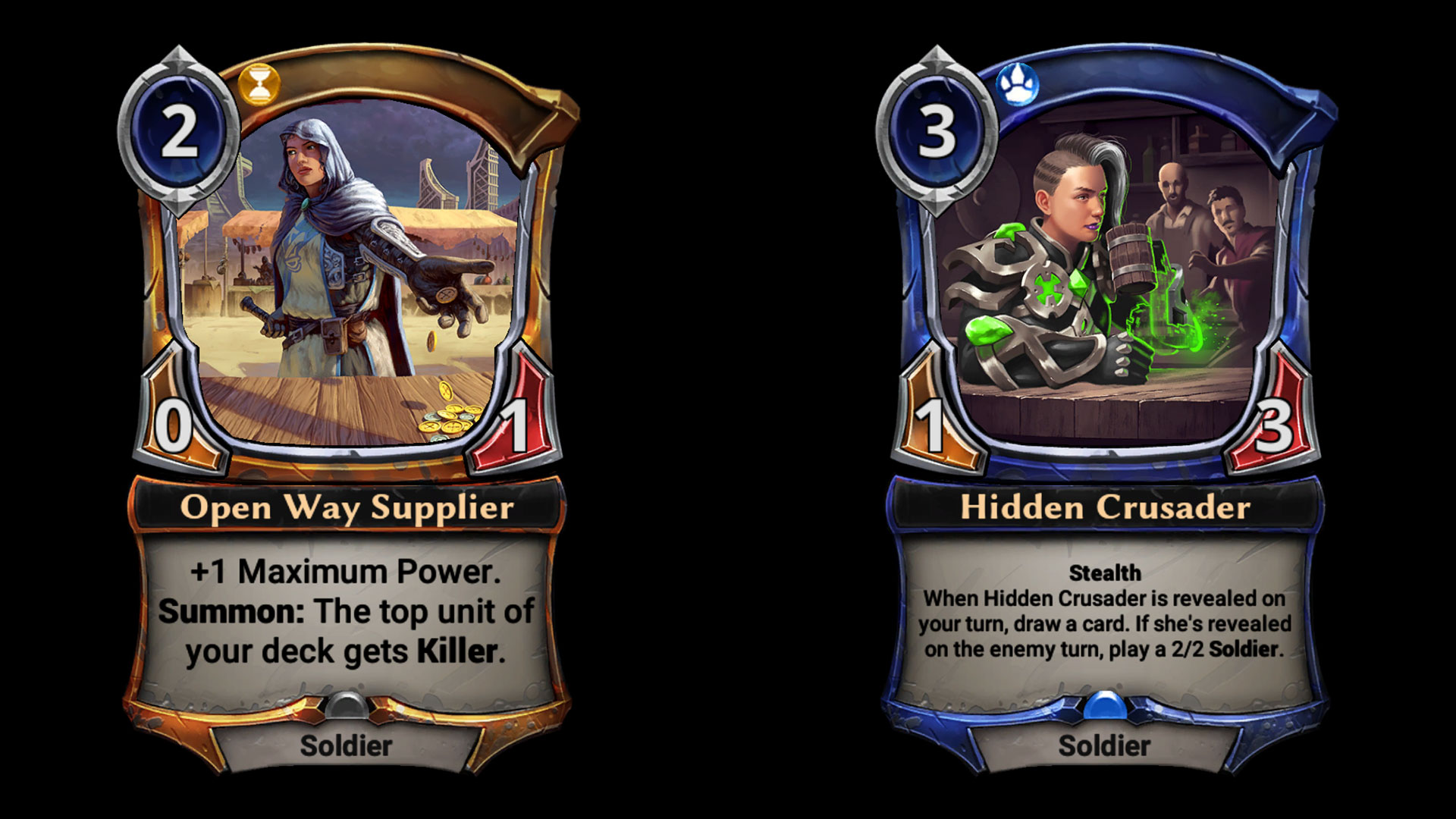 There’s a lot to like about both of these cards–they are dynamic, appealing, and tap into design space only available to a digital card game. However, both cards at their previous strength values had some issues. They are cards that are ostensibly about synergies, but how they manifest is closer to “best in slot” for Time or Primal decks mostly independent of overall strategy. In addition, they are both implicit “2-for-1s”, with Open Way Supplier being its own meaningful game piece along with granting Killer to something (which commonly kills an enemy unit), and Hidden Crusader almost always either drawing a card or producing a 2/2 unit in addition to itself.

By removing a strength from each of these units, we aspire to pull slightly back on both elements. Hopefully, both units are no longer so much stronger than comparable options at their respective costs and factions that we see slightly more diversity in card choices. Furthermore, we’d like the player to have to work a bit harder, or allow more counterplay from the opposing player, to make the “2-for-1” more of a function of effort or specific circumstances, rather than something naturally baked into playing the card.

With that aside, we can focus on the reason for the season–Cold Hunt previews. This set features a lot of classic Heroes with a new treatment, including one of the legendary dragons from Eternal’s first set, Curiox! 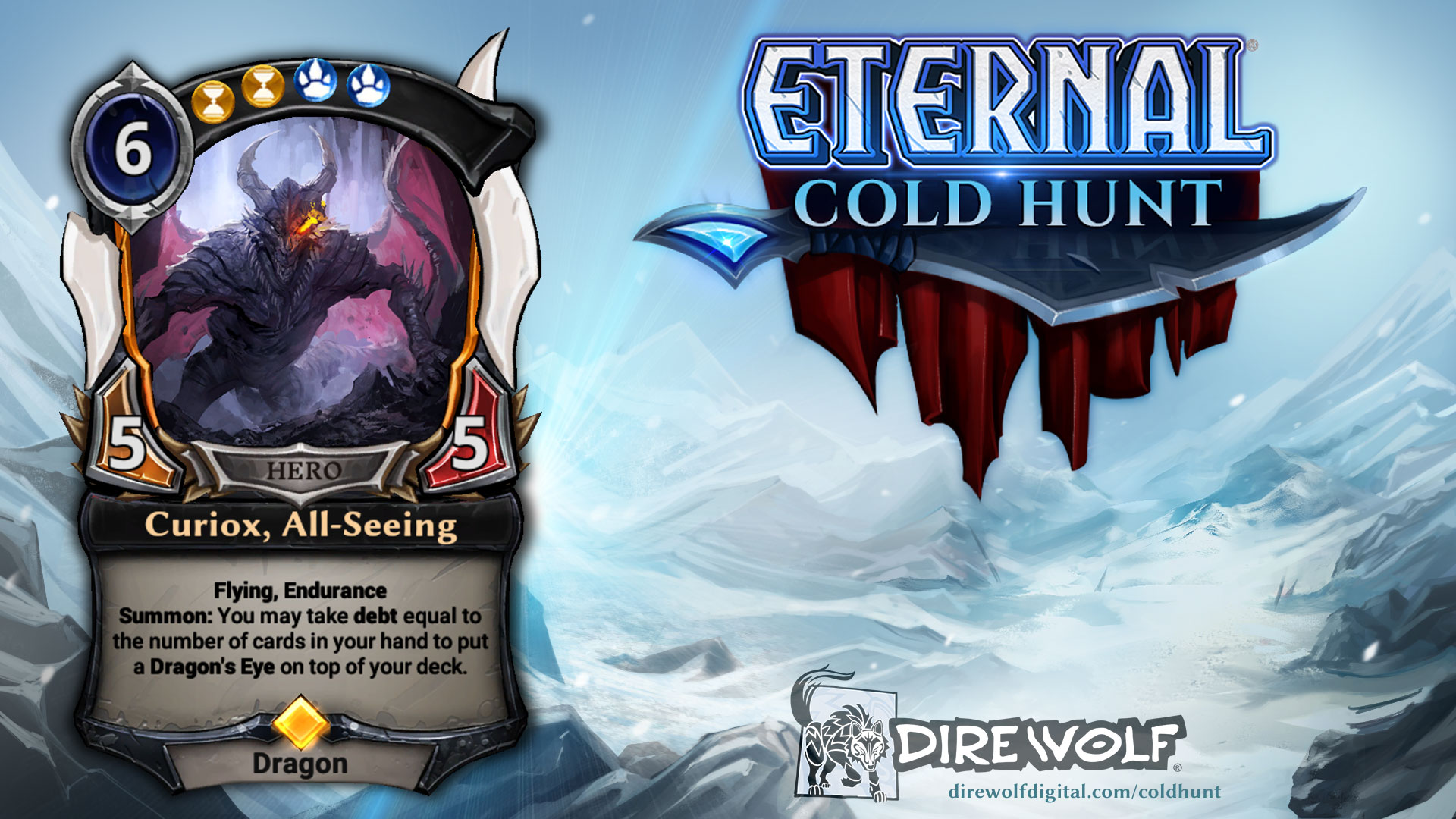 An homage to the original, Curiox is again present with his Dragon’s Eye, but instead of being shuffled somewhere into your deck, the Dragon’s Eye goes right on top, the best possible place. All Curiox asks in return is for you to take on the contract, which can be as low as zero with some proactive work. And this comes with a sturdy, evasive body, capable of applying pressure and protecting you while you reap the rewards of the extra cards Dragon’s Eye provides.

Cold Hunt is fast approaching! Be sure to pre-order before November 11th so you can start out with a hefty stack of packs, plus exclusive avatars, cardbacks, and alternate art cards! 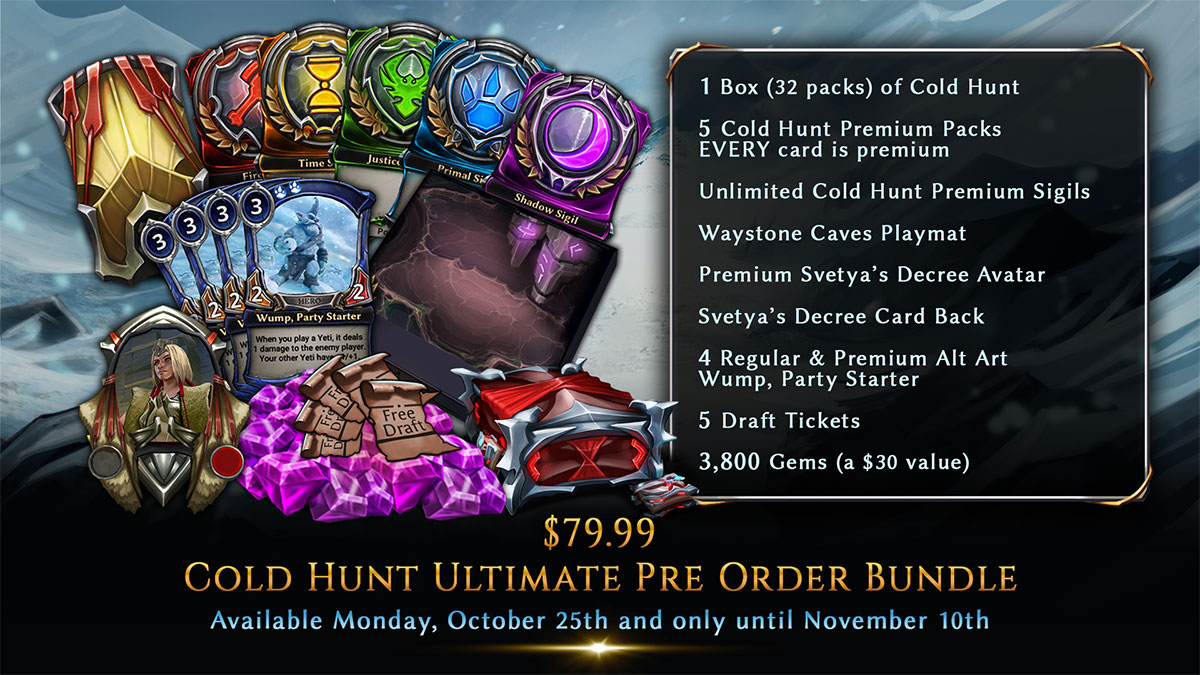