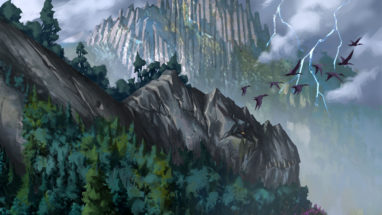 Valley Beyond is now available!

The swirl of smoke and slow crackle of the town bonfire drifted to Cora while she sat bundled on her porch. Her eyes, not as sharp as they used to be, could still follow the flames’ dance in the town square. The frontier was cold tonight. The flames would help morale despite the bad harvest. She ran a hand through her silver hair and smiled as she watched young Evelina and her friends play.

Stars twinkled in the gentle deep blue of the sky as Cora rocked in her chair slowly. She sighed contentedly. The gaggle of energetic children led by Evelina stormed up to her with giggles and smiles. The group seemed in high spirits but Evelina looked adamant about something.

“Grandma! I told Trynn you knew all about a really cool place. But, he said you only lived here since forever,” the young girl said with a glance to her left. A young redheaded boy stuck out his tongue at Evelina.

“She’s like a hundred. And my Uncle Jess’s been all over and he said that she’s been here forever, bet she doesn’t know about any place but the cliffs,” Trynn said with a roll of his eyes at the young girl.

Cora arched an eyebrow at the pair and chuckled. She leaned forward in her chair and cleared her throat. Trynn shrunk back with uncertainty.

“I remember when Jess was your age, so mind your words, kid,” she said with a smirk as the young man shrank further.

“I’ve heard of a place that’s wondrous beyond belief… but if you’re going to be like that, maybe I shouldn’t tell you?” Cora spoke and surveyed the group of kids.

“Oh come on!” a blonde boy spoke up, “Evelina said her grandma knew a cool story.”

“Yeah, you better tell her you’re sorry, Trynn,” a girl with long black hair called out.

Trynn raised his hands in defense and sighed.

Cora continued to rock in her chair and eyed the boy. He looked back at her hopefully.

“Alright, apology accepted. Doubt you really meant any harm, yeah?” Cora replied and glanced over at the fire.

“Now…” she began and looked at each of the kids gathered around her. Their eyes locked to her as she continued, “this is a tale of an ancient place far away, a magical valley. A place of wonder and beauty the likes of which you’ve never seen.”

“It’s never quite been found on purpose, you see, but when you have to contend with jagged mountains and magical storms protecting it, it’s quite something to make it there at all. I’ve not heard of anyone returning from it for long… if at all. Though, there’s rumors of something magnificent living there.”

“Uh… like what?” Trynn asked as the group took in Cora’s words.

“Dinosaurs! Huge herds of them, living wild and free upon the valley’s bountiful resources,” Cora said with a smile.

“But there are dinosaurs around here, and my uncle even rode some. What’s so special about these ones?” Trynn replied.

Cora chuckled and shook her head.

“Oh, but there are dinosaurs in that valley unlike any that live out here,” she responded. “Flying dinosaurs that could snatch an entire cow in each talon. Little mischievous dinosaurs so small they could hide inside your shoes…”

She paused and grinned while each kid looked down at their shoes with curiosity.

“…and even one special dinosaur as large as an entire mountain. The Slumbering Range.” 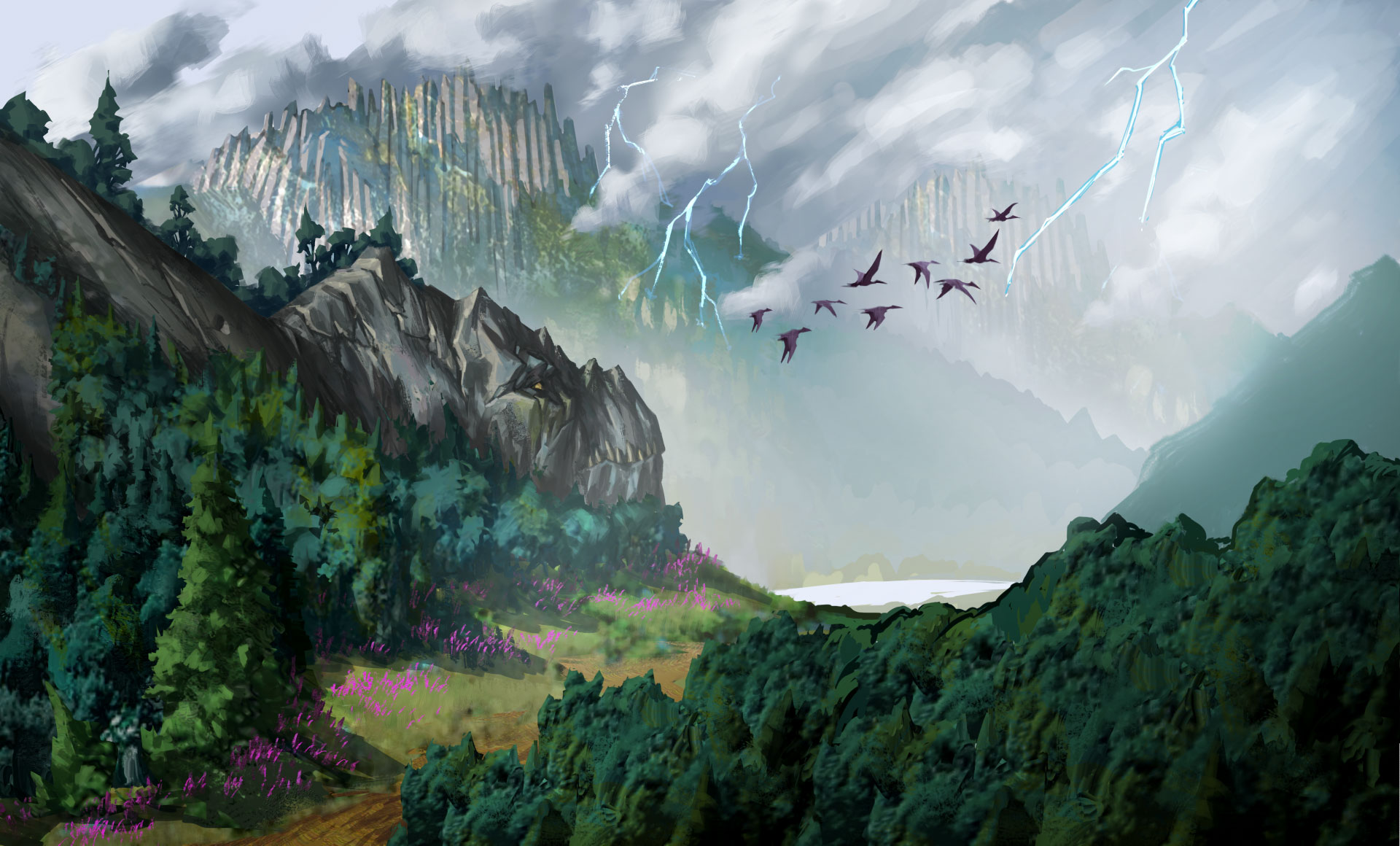 Cora held up a hand to stop him from further interruption.

“Yes, child, and that dinosaur is said to be a protector of that valley. It scares away all who would dare harm it or those who live there. Between its giant size and its ferocious teeth, it keeps the valley quite safe,” Cora said with a nod.

Trynn nodded in response as if he accepted her additional details.

“Well,” the black-haired girl next to Evelina said, “it can’t protect everybody all the time right? Especially if it’s always sleeping.”

The other kids giggled at that, but watched Cora closely for her answer.

“The Slumbering Range only sleeps during times of peace, when no outsiders are about. It knows, child. It sleeps so deep and so peacefully, that plants and even trees start to grow upon its expansive back. It becomes like a part of the land itself, so the story goes.”

“Wow!” came the enamored reply of Cora’s audience. Save for her granddaughter who grinned from ear to ear in equal parts adoration and excitement.

“I’ll bet my uncle’s going to see it someday,” Trynn called out.

“No one quite knows for sure where the valley is, or whether it even truly exists. Rumors and legends swirl about it, you see, but there’s always a touch of truth hidden in the mists of uncertainty. Maybe by the time you all grow up, the Elysian Explorers will have found it,” Cora said as she eyed the dance of the bonfire in the distance.

She looked over to Evelina whose smile held joy while her eyes held wonder.

“Maybe,” Cora said more gently and met Evelina’s gaze, “one of you could be on that expedition, hm?”

Evelina nodded and her smile grew even wider. The look of one who had found their life’s passion.

During the quest period, your first PvP win of the day will reward you with a copy of Slumbering Range! Once the promo period is over, you’ll be able to craft the card using Shiftstone as normal. 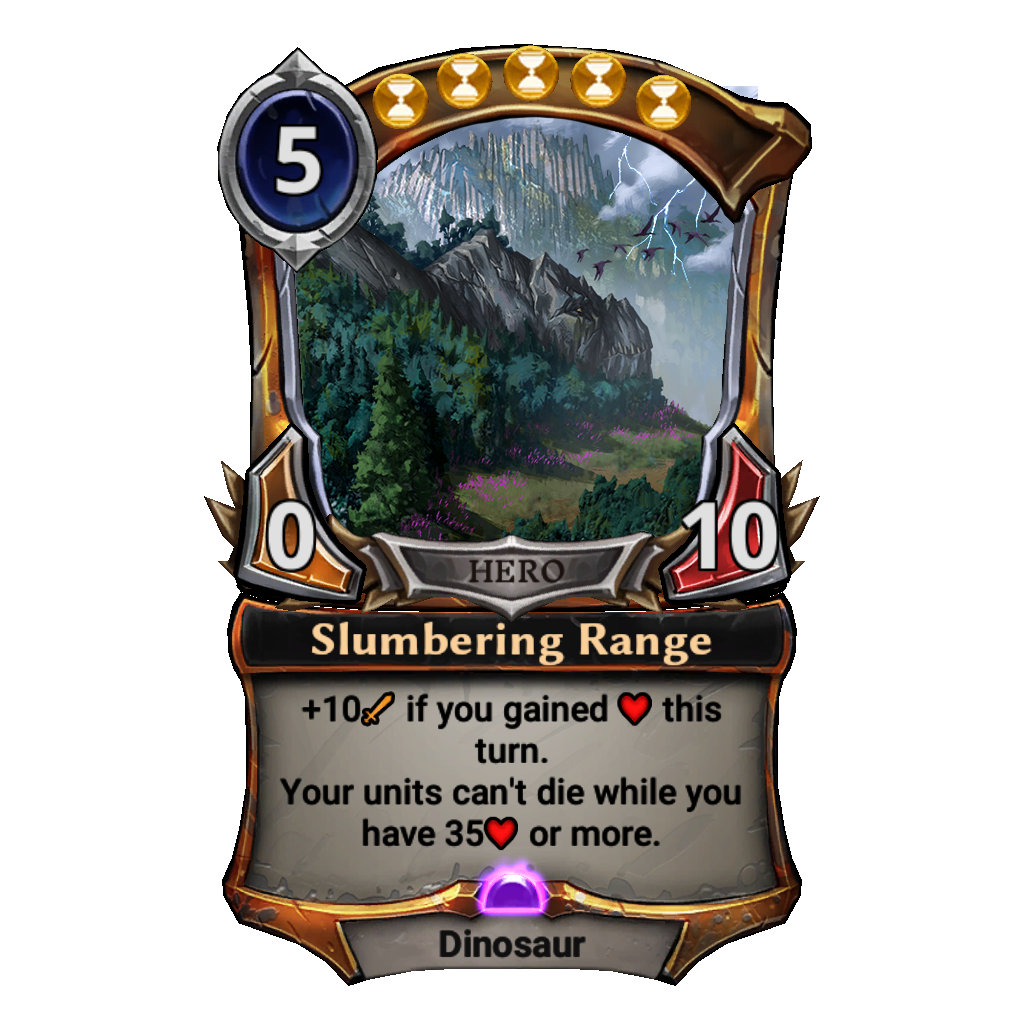 The Slumbering Range premium avatar will be available in the store for 300 Gems for a limited time. 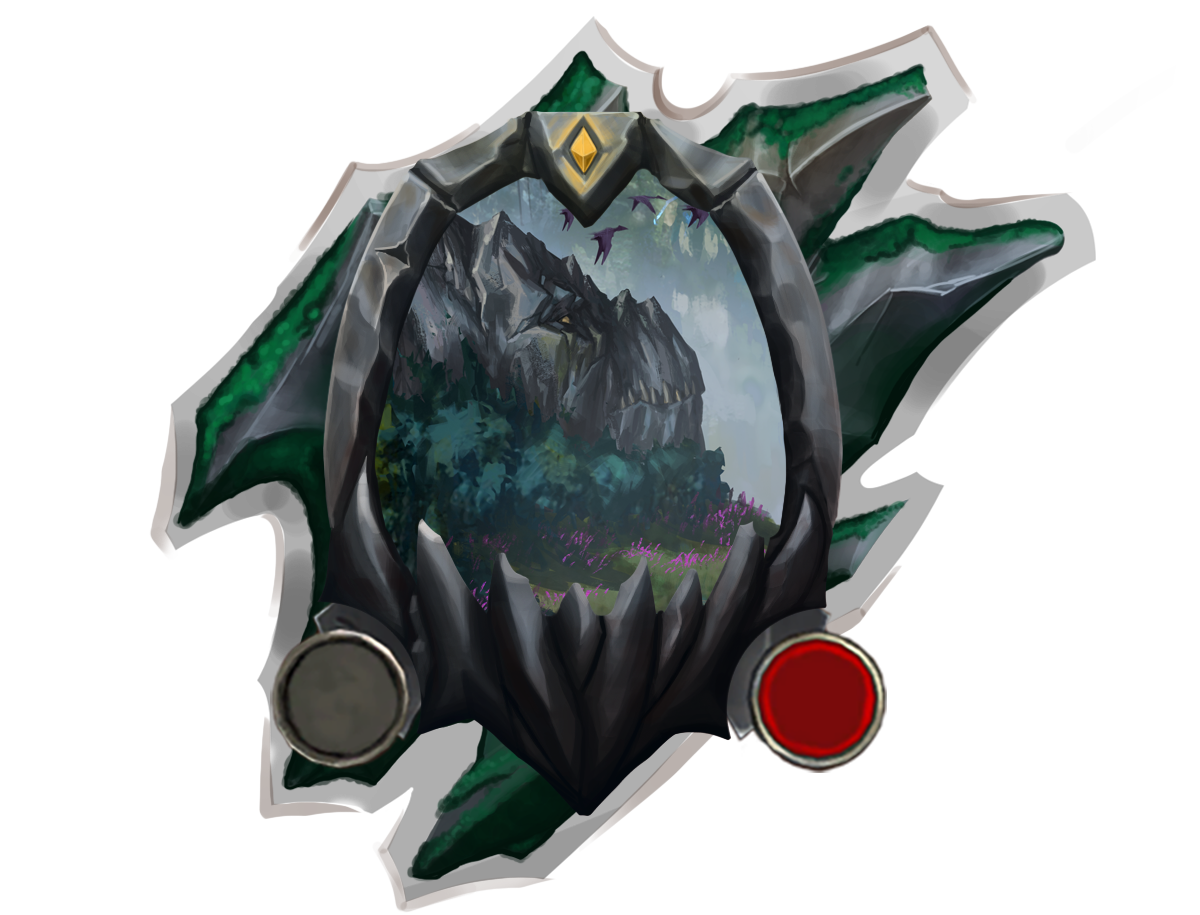 The Slumbering Range theme deck bundle will also be available in the Store for 500 Gems for a limited time, and includes the avatar and 4 premium copies of the new promo in addition to the theme deck! 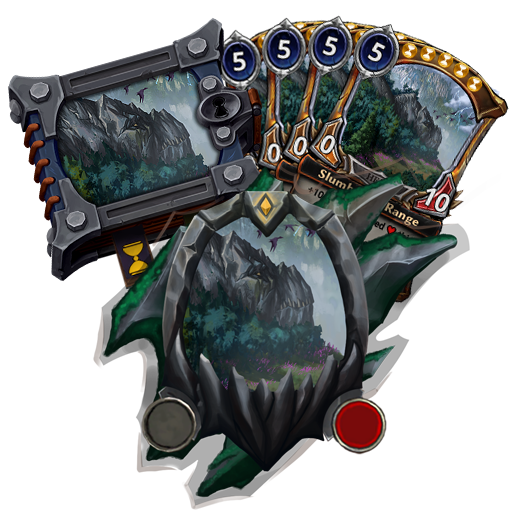