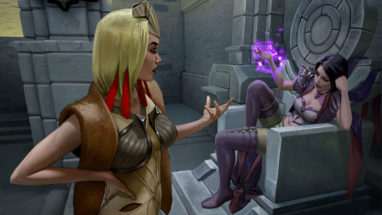 .Svetya kept her gaze steady on the horizon for a long moment. The dark purplish storm swirled and loomed as if ready to strike out and swallow her. The Shadowlands beckoned in their own way. Was the star-reader already somewhere out there? She turned to the boisterous cacophony of The Sheep’s Leg and pushed through the batwing doors.

Tankards smashed together and drinking songs hit her ears as she slumped down at a bench at one of the tavern’s long tables. Warm orange firelight and torches lit the interior well despite the cold evening.

Svetya met Coslo’s gaze and gave a half-hearted wave. She rubbed her eyes to shove away the exhaustion of the past few months and took a swig of ale. It burned, the barkeep had said, because of some odd spice tossed in for flavor. The flavor was bad.

Svetya smirked as she saw Vara seated across from her, hands hitting the table in time with those singing. Vara’s voice joined the crowd and it flowed well enough. Svetya took another drink and regretted it. At least it would fight off thirst.

“Another round, friends?” came the now familiar call of Bhural, the giant with peculiar gems that lined his arms. He had more love of drink than any Svetya had ever met. He guffawed and clapped Coslo on the back. Svetya was surprised her friend shrugged it off and downed his drink.

“No, no. I think I’ll finish off what I have. Thank you though,” Svetya said with a soft smile.

“Not everyday you get to drink with royalty!” Bhural replied with a toothy grin. Svetya wondered if the few teeth he’d lost were from a bar fight or worse.

“And their guards, of course,” he added quickly and raised his tankard toward the joint contingent of Kosul and Argenport troops. A large enough force for safety but not so much to raise suspicion. Svetya nodded, glad for their company.

“It has been a night I won’t forget, to drink with such a… curious individual like you,” Coslo replied with an uncertain smile.

“Months of travel all over will make you beg for a drink if you wait too long!” Bhural replied. “Keeping up appearances, so many talks! We’ve been about, Drelen and I, and your exploits aren’t being ignored. Keeping the peace for so long for so far… good on you. We’ve heard good things in our travels!”

The giant gave a big grin and slammed his tankard down with gusto.

“Both Argenport and Kosul,” Vara interjected and nodded to Svetya, “are happy to hear the diplomatic mission is going so well. The people deserve to know we’re aiming for peace and togetherness all over Myria.”

“However, Bhural, you didn’t say much of why you journey at all. I understand you’re far from home,” Vara said and motioned toward his gems.

The alcohol-induced aura of joy faded a bit around Bhural and Svetya watched him look at his drink for answers.

“Forced pilgrimage isn’t always something to talk about,” he said with a nod, his tone more serious.

“We’re looking to see what some call Waystones. Marks of the Ancestors that guided us through what you call the Shadowlands, after Xulta…” he paused and pushed his tankard against his lips. Drink filled the space of words unsaid.

“Right… my sincerest condolences,” Vara said quietly. After a moment she pushed the conversation forward.

“An associate of mine did say that despite all that, you’ve found evidence of…” she paused and looked toward him.

“An artifact we think is… was, in Xulta,” Bhural said.

“And the mage?” Svetya interrupted as she leaned against the table.

“That’s right. A self-claimed star-reader. Promised a lot and seemed… untrustworthy but gave us a point to start looking for the artifact,” Bhural replied.

Svetya forced herself to hold her tongue to press further. She would not throw away this lead after months of searching, months of meeting Vara’s contacts and always feeling a step behind.

“Of course, the future is… a mystery, how can anyone know its course? Any who are able cannot be trusted, surely,” Coslo said with a light laugh and shook his head. Svetya frowned but again kept herself from commenting.

“I wish to know more about your people, Bhural. This artifact sounds intriguing, though I doubt it’s much use to us if it’s purely Xultan,” Svetya said and looked toward the giant.

“Perhaps. Details about it… were vague. The mage spoke in riddles it felt. Though, Drelen did say it was near a Waystone. Deleph, you study them?” Bhural asked with a curious eye. Coslo nodded.

“You seek them in remembrance of your Ancestors, I seek them in a more… purely academic sense. We both may find our own kind of knowledge there. It has not been… as fruitful as I had hoped. Study and diplomacy are the aim here,” Coslo offered. The giant nodded with a grin and finished off his drink.

“Then perhaps we should journey together. At first light? Yet, we have not hit the last drink!” Bhural called with a hardy guffaw. Another round of drinks arrived in short order.

Svetya looked to Coslo then to Vara. Each gave a nod then a shrug. The final Waystone could hold more in store for all three of them now than any of those they had investigated so far. Svetya gripped her tankard more tightly.

The ruse of diplomacy to check the Waystones had worked. Vara had gotten what she desired. Now, the monster was close, Svetya knew. This time, he would not slip away.

Svetya leaned against the inn room’s windowsill as the moon sat on a small perch of clouds.

“How can you know?” Vara asked with an incredulous gaze.

“It was what he sought at the palace, why he even moved through with his machinations in the first place. His obsession to find and wield it,” Coslo said with certainty.

“He never spoke of its powers outright, like Bhural said, always in riddles or vague mutterings. I believe this artifact has to do with the Shadowlands or with my abilities,” he said.

Svetya sighed and glared at the moon for a long moment.

“My family was killed for something that may not even exist? And why would something of Xultan origin have been at my ancestral home at all?” she asked with quiet rage.

“I… Svetya… I’m sorry. It may simply just be connected somehow,” Coslo said in a more gentle tone.

“If this… mirror is what the mage seeks and Bhural has reason to believe he can help find it… then we journey with him. We need to get to it before Severin does,” she growled at saying his name.

“There is still one Waystone left,” Vara reminded her. Svetya nodded.

“I have not forgotten your goal, but remember mine as well,” she replied and forced herself to take a breath to calm down.

“And if we find the mirror and we find Severin? What then? Will you kill him?” Vara asked.

She still wasn’t sure.

Open eight packs and build a 45 card deck. Each week, you’ll open additional packs to modify your deck! If you join after week one, catching up is no problem. You’ll get the packs you missed, and your limit on games that count towards the Leaderboard will increase.

Everyone who participates in the Sealed League will unlock the new premium Final Preparations card back!

Each week of the Sealed League, you’ll get new packs to add to your pool!

Minimum rewards for playing include:

All packs awarded from the Sealed League will be packs of Cold Hunt. The cost to participate in Sealed League is 12,500 Gold or 1,100 Gems.

Players can also enter into the Premium League for 5,000 Gems, which guarantees that every card from your League packs will be premium! 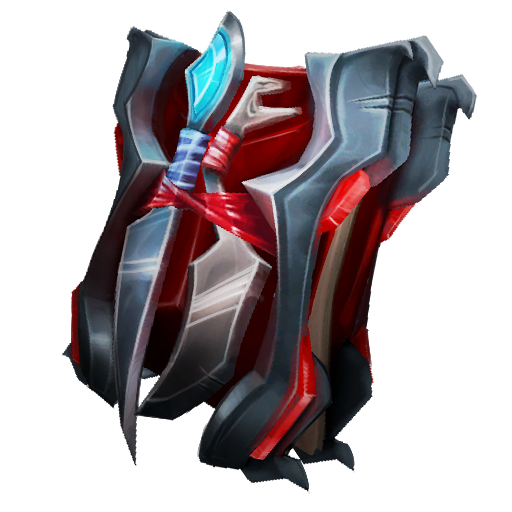 All players who enter will end up with at least 18 packs from the League (14 from play, and 4 from rewards), with the chance to earn up to 34 packs!

The Sealed League for Chapter 61: Final Preparations begins on December 1st, 2021 and will run through December 31st.

Stay up to date on everything coming to Eternal (and get a free pack with every email) by signing up for the Dire Wolf newsletter!