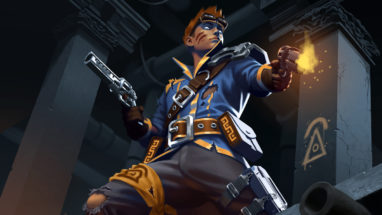 A light clink rang out as two exorbitant wine glasses came together in a toast.

“Thanks for the invite, Javan. Always good to get out of the barracks for a while,” Teryius said. Her voice was as dark as her hair, the tone genial and warm.

“What? Your superior officers don’t let you hit the taverns?” quipped her friend Javan as he kicked his feet up on the table. It would have been incredibly rude had it not been his own kitchen.

Teryius laughed. “Ain’t policy that keeps me out of the bars these days. It’s the morning after. I can’t recover quite like I used to.”

“Ah, that’s why you’re training recruits instead of fighting.” Another smug smile from Javan. He had always loved to push people’s buttons. Teryius didn’t mind. She knew she had thick skin and could repay in kind.

“What’s your excuse, then?” Teryius punctuated the question with a jab of one finger at Javan’s shoulder. “Couldn’t resist the call of the civvy life?”

“You know it! I’m better suited to sales and not afraid to admit it. I’m a talker, not a fighter. And I love having my own place here, just one level down from the West-Edge Bazaar and one up from all that Werks District nightlife. I told you I’d make it.” 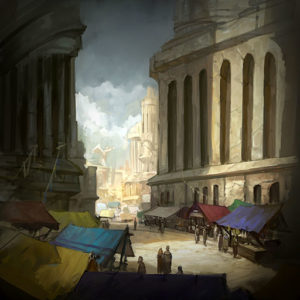 Javan’s tone shifted and his dark brown eyes went a little watery as he sipped his drink. “Seriously though, thanks for dropping by. Glad for the familiar presence, given all the craziness going on these days.” He glanced out the window at the vast canyon of residential buildings beyond. “Did you hear they want to put checkpoints on every entrance to the Mids? As if there weren’t enough barriers between us and the Bellows.”

Teryius opened her mouth to reply, then went still. The smile on her lips went slack and her eyes fell open.

Then she listened to Her voice.

Splashes of red painted the table. The floor. The knife and her hands.

It was all over Javan.

Blood seeped through the fallen man’s shirt, hardly slowed by the coarse cloth and the hands clasped tight against his wound.

“Wha- why?” Javan muttered in shallow gasps. His wide brown eyes looked to Teryius as his face flitted between fear, anguish, and confusion. He was in more than one kind of shock.

Teryius ignored the question. She ignored the gaze. She ignored her fallen friend, stepped over him, and made her way to the sink. She needed to wash off this blood before she could continue her mission. That glorious new mission, straight from The Queen of Glass herself.

The tower of Bastion must fall, at any cost, she thought.

She ignored the plea.

The wound was deep, what the medics at the barracks called a ‘widowmaker’. She thought Javan didn’t have much time left.

Teryius turned the faucet handle and crisp, clear water flowed into the basin. A device affixed to the faucet clicked away steadily, counting up the cost every precious drop used. She was glad Javan had done so well for himself; access to running water served her mission well. But she scowled at the reminder of what she had lacked growing up, only a few levels down. She would have killed for this luxury back then.

Now bloodshed had a new purpose.

As she washed the blood from her hands and her blade, she pondered her next steps. The clean, dripping metal glinted as she turned it over. 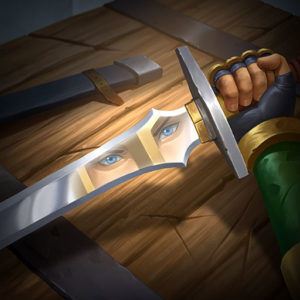 A knife won’t be enough, she realized.

She paused to consider her Covenant-issued raildriver, stowed back at the barracks. But even that wasn’t enough firepower. She knew Bastion was too big, with millions of people packed within an ever growing pillar of metal and stone. If she wanted to bring it down, to fulfill Her grand vision, she needed to go bigger.

She turned off the tap, hands clean enough now to not draw unwanted attention, blade clean enough to tuck away in her jacket. She stared at the faucet a few seconds longer.

Realization washed over her like a torrent of that pure water.

.The Pumpwerks. I can cause some real damage there. Don’t know the layout, but I’m sure I can suss it out.

She took a moment to reassess her explosives knowledge from their time before Javan’s ‘civvy’ days. She recalled the training, the practice, the execution and the heat of detonation. It would be enough.

She stepped over Javan again, avoided a feebly grasping hand, and exited the apartment. There were two floors of slender stairs before she reached the main level, then she was engulfed by a bustling crowd of commuters headed home and families on their way to dinner. She could still taste Javan’s wine on her tongue. She spotted a few tinkers in a cluster who stuck together to avoid getting trampled by the taller folk.

A minute and a few blocks later, Teryius saw the trio of tinkers again, headed the same direction she was. Pumpwerks night crew heading to work, she guessed as she watched their tails flick side to side like little pendulums.

She squeezed the handle of the knife inside her coat and thought, Hmm, pity they’re together. Could interrogate one, persuasion through force. Need to find out where I could cause the most destruction.

That line of thought ended abruptly as Teryius passed a grungy alleyway, its walls painted a thousand clashing colors with overlapping graffiti. Amongst the noise of countless years of scrawled messages and impromptu art was something more recent. It stood out to her like the sun cresting the horizon: three interlocking rings in black paint.

That’s the symbol from my vision, she realized. She stopped moving and was nearly trampled by the flow of people before she moved aside to stare at the graffiti. The symbol of the Queen of Glass. There must be others like me, others who learned the truth.

She broke away from the crowd and slipped down the alley. There, she found another scrawled symbol, and another. Each was subtly hidden within older graffiti, unnoticeable unless one knew to look. She knew to look.

She followed their trail and felt hope blossom in her heart; if she pooled her resources and skills with other Awakened, they could accomplish such great things… 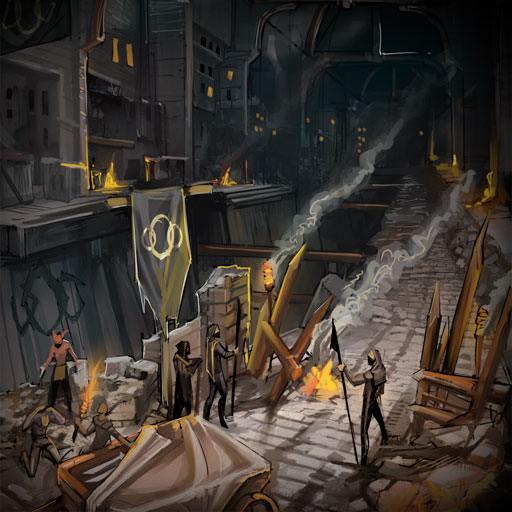 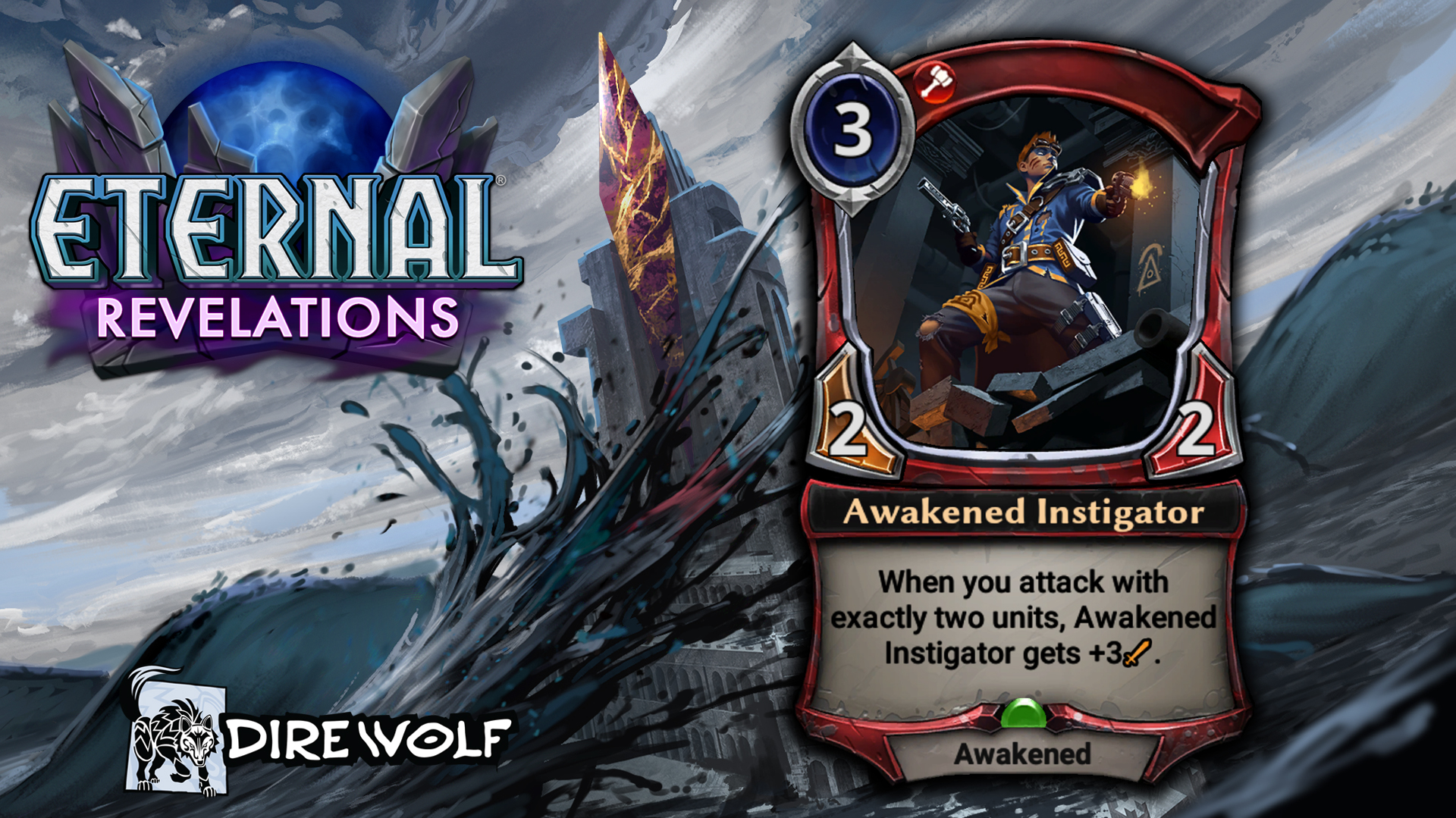