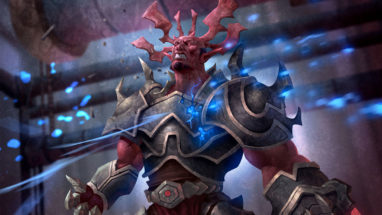 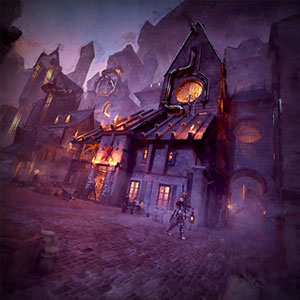 One of the largest buildings in the Shoals, a tavern named The Skimmer’s Tooth, wore its history on full display through its haphazard makeup. It had been moved and rebuilt countless times over the years from all manner of leftover scrap, always keeping one step ahead of the rising Shadowsea.

A half-dozen men and women, the daring or desperate explorers that called the Shoals home, were gathered around a table playing cards. The salvage had been good that day, and the drink flowed freely.

A woman cheered her luck and bought a round for the table. A man bowed out after yet another weak hand. A shot rang out. A man fell to the floor.

Murmurs from the bystanders started immediately, but it took them several long moments to realize the culprit wasn’t angry. It wasn’t about a bad hand or cheating. It was about something altogether different.

He tried to raise his raildriver again. As he was tackled to the ground, he shouted, “I’ve seen the Truth! We only delay the inevitable! The tower must fall!” 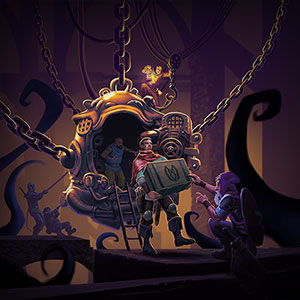 Deep in the center of the Shoals near the core of the city, a long-range diving bell surfaced from the Downdark. It was loaded to the portholes with treasure and returning explorers. A man inside hammered on the reinforced glass, an attempt to get the attention of the lift operator.

Muffled by the airtight seal, he shouted, “Hey! Operator! We’re here now. Open it up already!”

The operator stood at her station just a few feet away with vacant eyes and a slack jaw. Then she snapped to attention and reached for the control panel. The man behind the glass watched her hand settle on a bright red lever labeled ‘Emergency Disengage’. His face fell as she calmly disabled the safety lock and pulled the lever.

The diving bell, still sealed tight and loaded with several tons of salvage, plummeted back into the depths at full speed.

The operator walked swiftly away from her post; she had work to do. 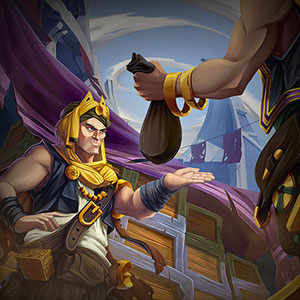 It was mid-afternoon and the sun shone brightly on the West-Edge Bazaar. Money and goods exchanged hands throughout the tightly packed stalls. Vendors shouted for attention and touted the freshness of their fruit or the craftsmanship of their wares. Customers browsed and haggled and snacked on roasted skimmer meat.

A man in a hooded cloak moved from stall to stall. He stealthily poured the contents of a small vial across any exposed foodstuffs he passed. It was clear and odorless, the product of mastercraft alchemy. On the back of his cloak, three overlapping circles had been stitched with amateur skill.

Throughout the busy marketplace, others wore the same symbol and held their own vials of poison. They moved independently and organically, but with the same goal: chaos and death. 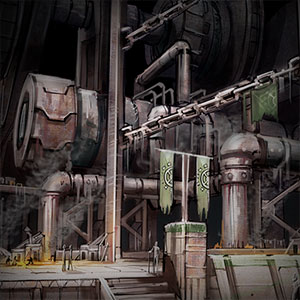 Massive pipes, some as wide as a house, twisted and branched like a great iron tree: the Pumpwerks. From this central point they carried life-giving water to millions of people throughout the city of Bastion. It took a legion of craftsmen and engineers to maintain and expand the evergrowing pipe network.

It only took one to bring it to a shuddering halt.

An explosion tore through the depot. Pipes shattered. A four-story wave rushed out in all directions. Dozens of workers fled the oncoming water, but one small tinker stood her ground.

Her eyes were wide and vacant, her smile mad. She laughed as the wall of water approached. After all, her job was done. 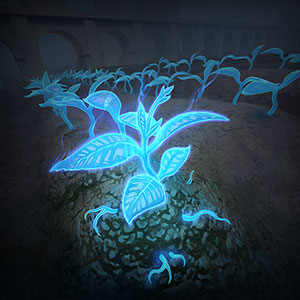 Far, far above, in the glass-ceilinged halls of the Feeding Glens, acres of crops thrived in careful cultivation, precisely tuned for maximum output. Workers harvested the enhanced crops in shifts and kept a steady supply of food flowing into the rest of the city. That routine was fractured and destroyed when an alarm sounded and a magically amplified voice began to shout.

As the panicked voice continued its warning, hundreds of scientists and mandrake-tenders scrambled to safely shut down their projects. They switched all their omnivorous plants to a meat diet. The healthiest simulacrae were put back into stasis. The rest were fed to the mandrakes.

Simulcrae that had been allocated to join the fight against the Awakened threat were deemed non-critical. The harvest was more important.

A city, like an army, marches on its stomach. 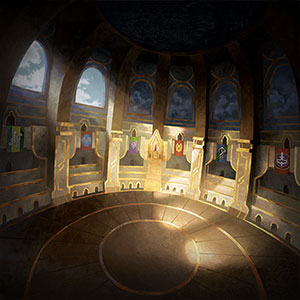 The sun shone brightly onto the marble floors of the Speaking Circle. In the seats surrounding, nobles and politicians watched with varying degrees of interest as a young woman with red hair and a soldier’s bearing pleaded her case.

“The people need aid! The Bellows are overrun with Awakened and it’s only a matter of time before they get a foothold in the Mids. By helping the people below, we help ourselves. If we can just spare some-”

Her passionate speech was interrupted by the unmistakable blast of a raildriver. The shot was followed by screams as the people in the gallery panicked and fled.

As the crowd cleared, an armored bodyguard stood over the very nobleman he had sworn to protect. “For the Queen’s grand vision!” he shouted. He was gunned down by other guards before he could say more. 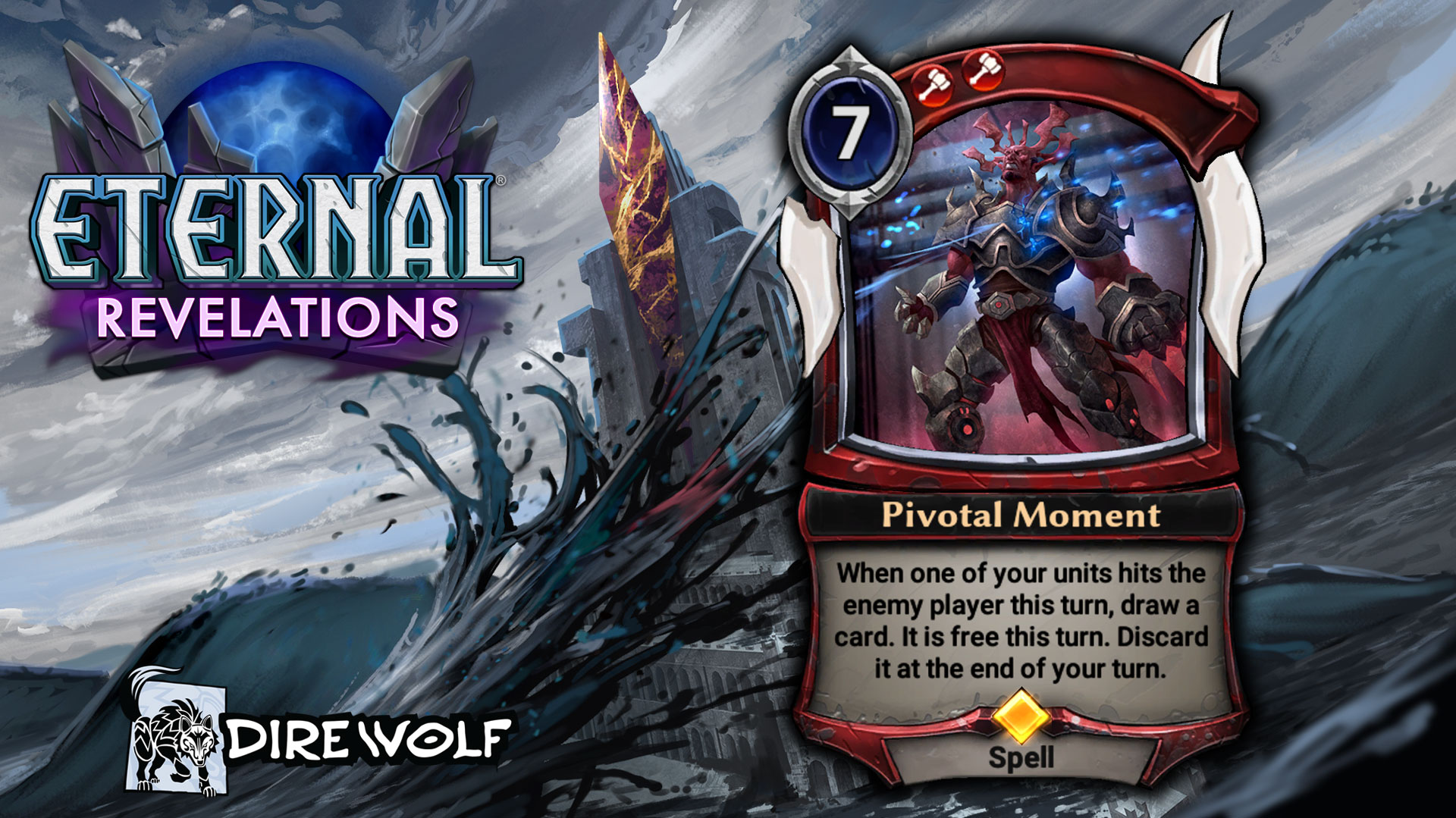