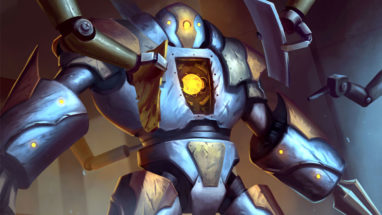 Revelations is coming to Eternal on May 18th – Preorder now for the best deal!

The Bastion has proven to be a tough place for many to live, but some of the fiercest warriors have managed to not only persevere in these tough conditions, but thrive. These are the valorous units of the Bastion. 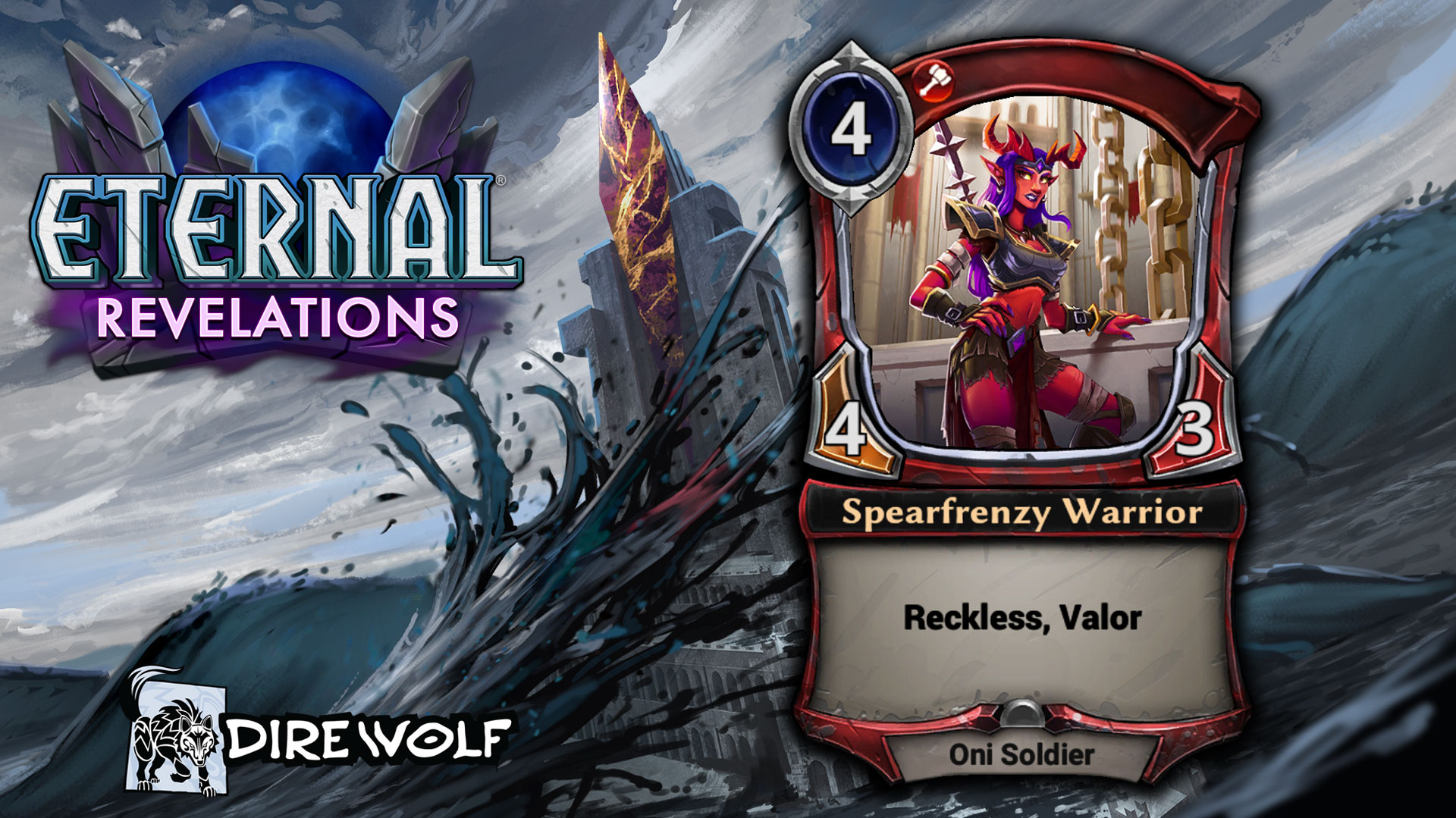 Valor is a new battle skill appearing in Revelations that means “This unit gets +1/+1 this turn for each unit that blocks it”. So with our scary new friend Spearfrenzy Warrior here, that means when she (involuntarily) attacks each turn as a 4/3, if the enemy player has the audacity to try blocking her, she’ll be a 5/4 or even bigger if they block with more than one unit.

Units with Valor are a bit trickier to block, but why’s that so great? Well let’s take a look at a Valor unit that they’re really going to want to block. 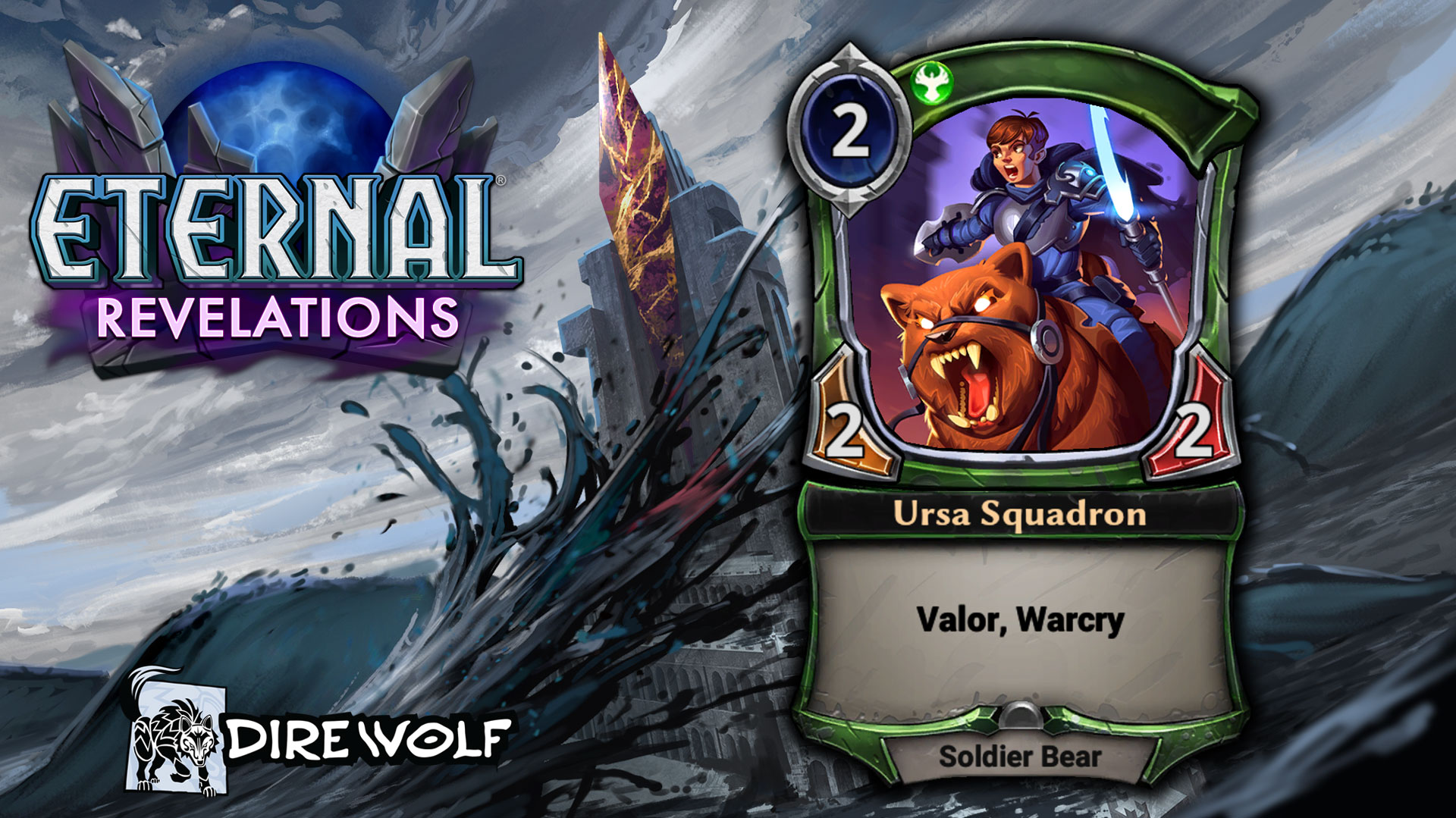 Beware the bear! Ursa Squadron is a good sized attacker for turn 2 that can provide a massive advantage with his Warcry ability if the enemy can’t shut it down. And when they do try to block to stop you from stacking up even more Warcries, his Valor will kick in and they’ll need at least a 3-Strength unit to take him down in combat.

Valor units also get bigger when they make Killer attacks – since the enemy unit will be blocking it, so it’s great to combine with cards like Ghastly Perfume or Predator's Instinct. And even if they try to mess with your attack by Ambushing you, your Valor unit gets buffed again by being blocked by a new unit. The bonus also lasts for the whole turn, making it great with Berserk; if they block on the first attack, it’ll keep the bonus through the second one, so watch out! Let’s take a look at a few more of our Valorous units that you’ll be beating down your opponent’s doors with in Revelations. 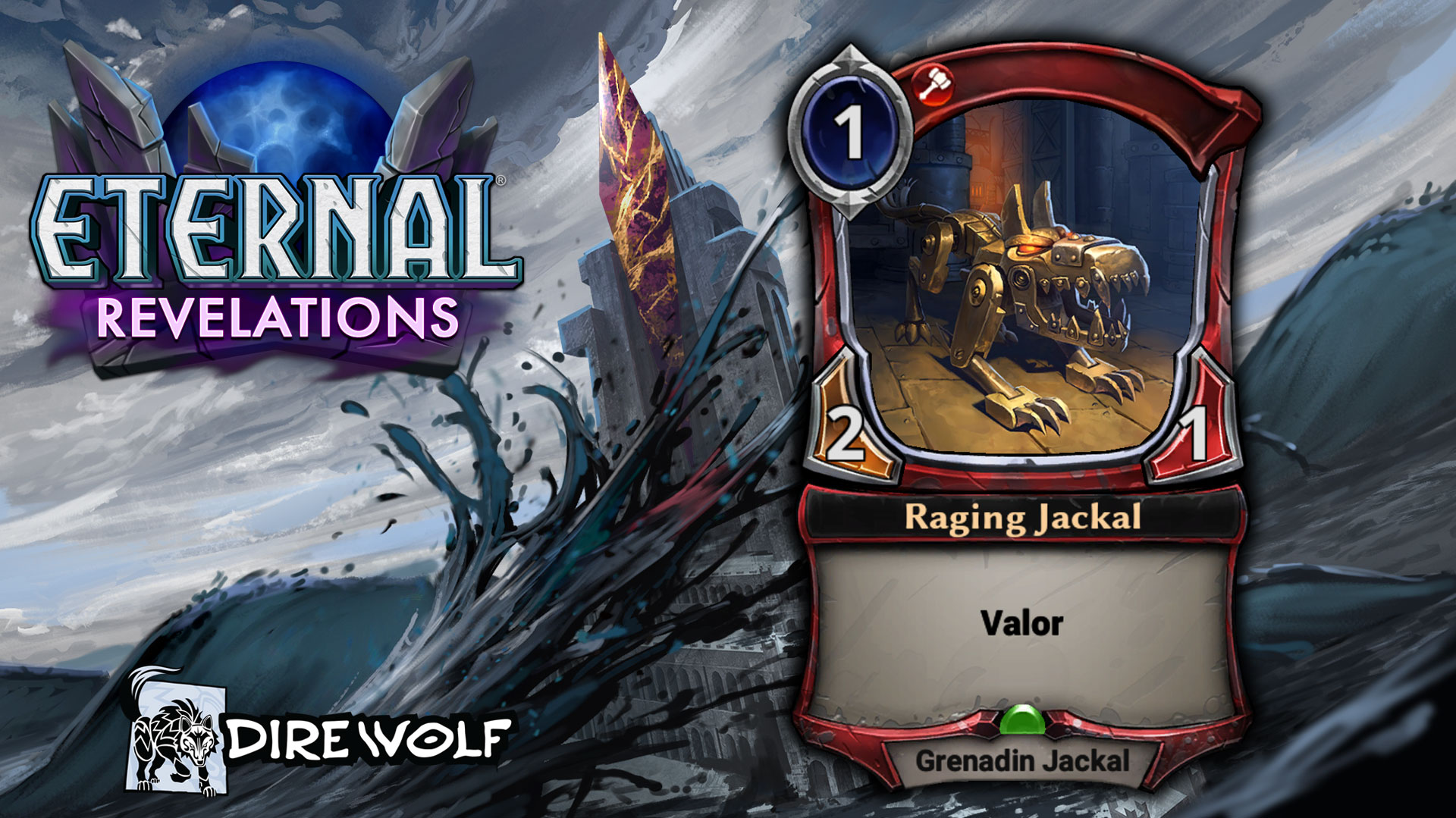 Raging Jackal is a somewhat unassuming-looking Grenadin, but it’s surprisingly difficult to deal with early. No more do you have to worry about your 1-drop trading with pesky enemy Grenadin Drones; you can attack with impunity! 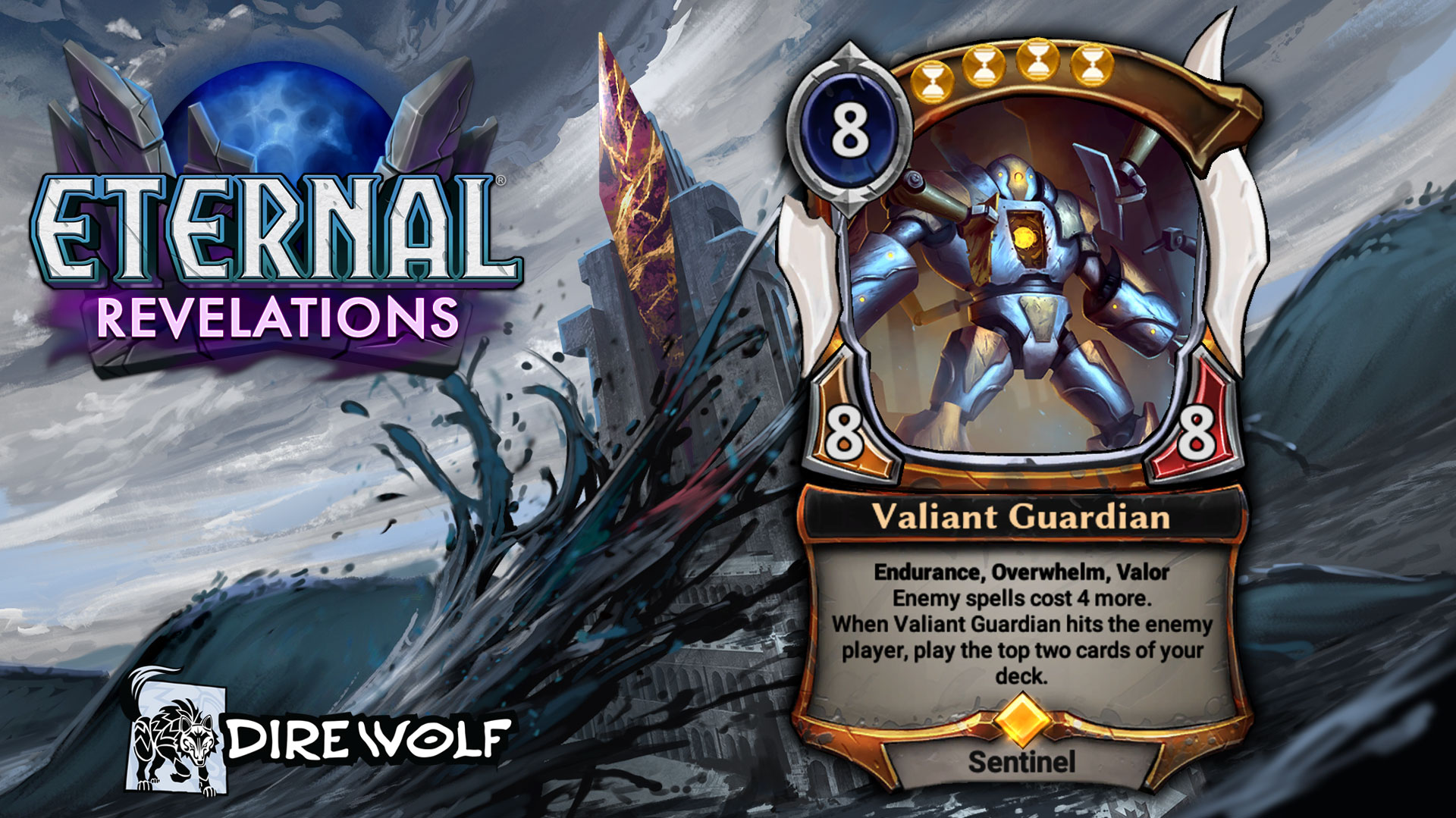 There’s nothing subtle about Valiant Guardian. It’s a problem for the enemy in just about every way imaginable – with a massive Valor body making it extremely difficult to block and its other ability making opposing removal spells harder to play, the Guardian should be a powerhouse on just about any board. Overwhelm and Valor combine particularly well here, making smaller enemies nearly useless to stop its rampage.

Valor is just one of the new abilities that will be appearing in Revelations so be sure to check back later for more spoilers, and we’ll see you in the Bastion when the full set releases on May 18th! Be sure to pick up the sweet new preorder bundle before then!