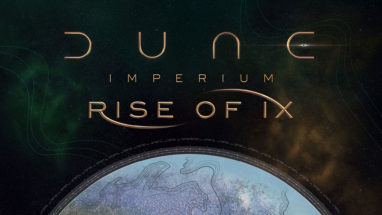 Watch the full announcement below:

Rise of Ix will focus on the technocratic society of Ix, and adds new Imperium, Intrigue, and Conflict cards to the game. Six new leaders across three Houses will also be added, two of these new leaders were revealed today. 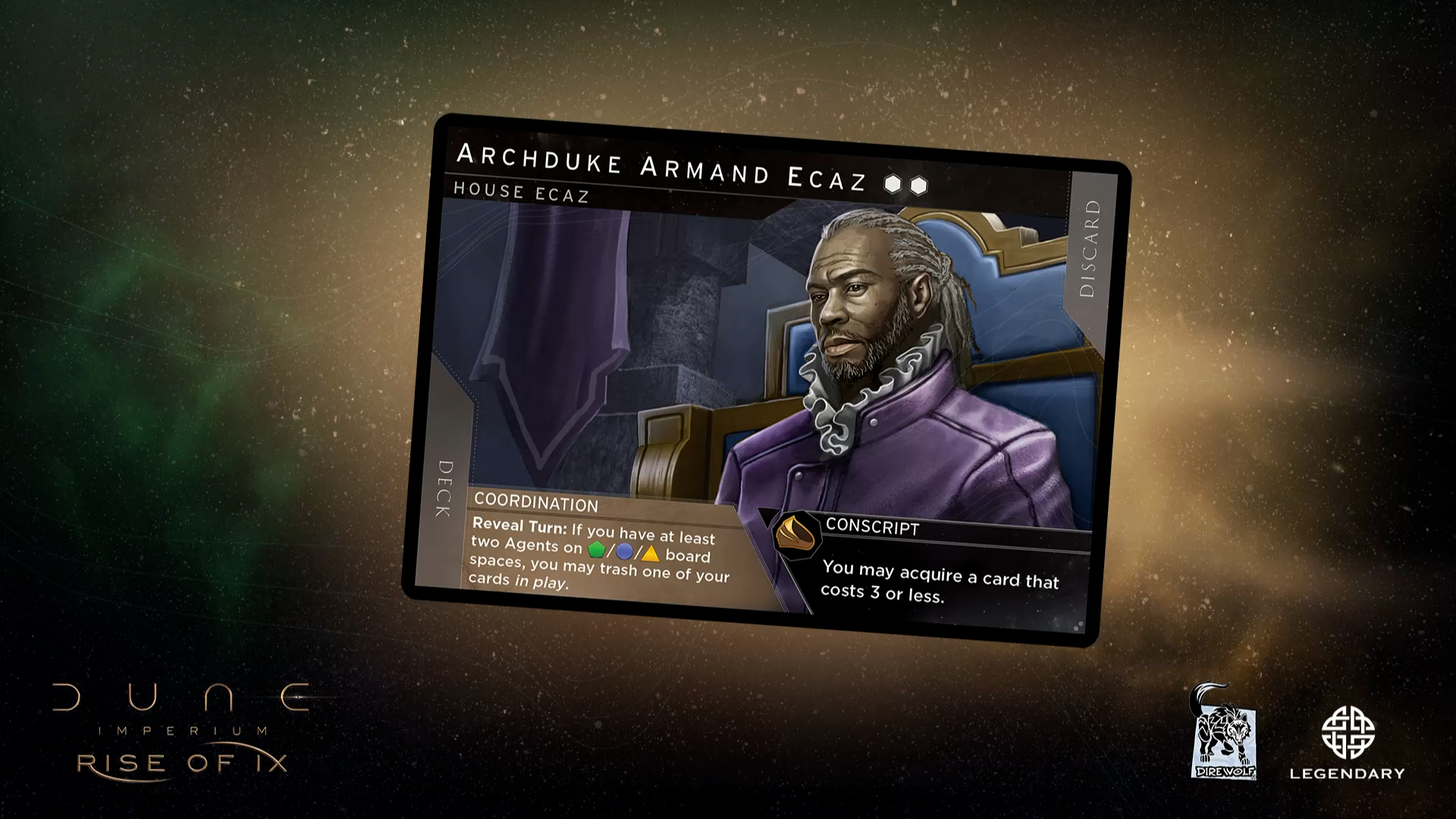 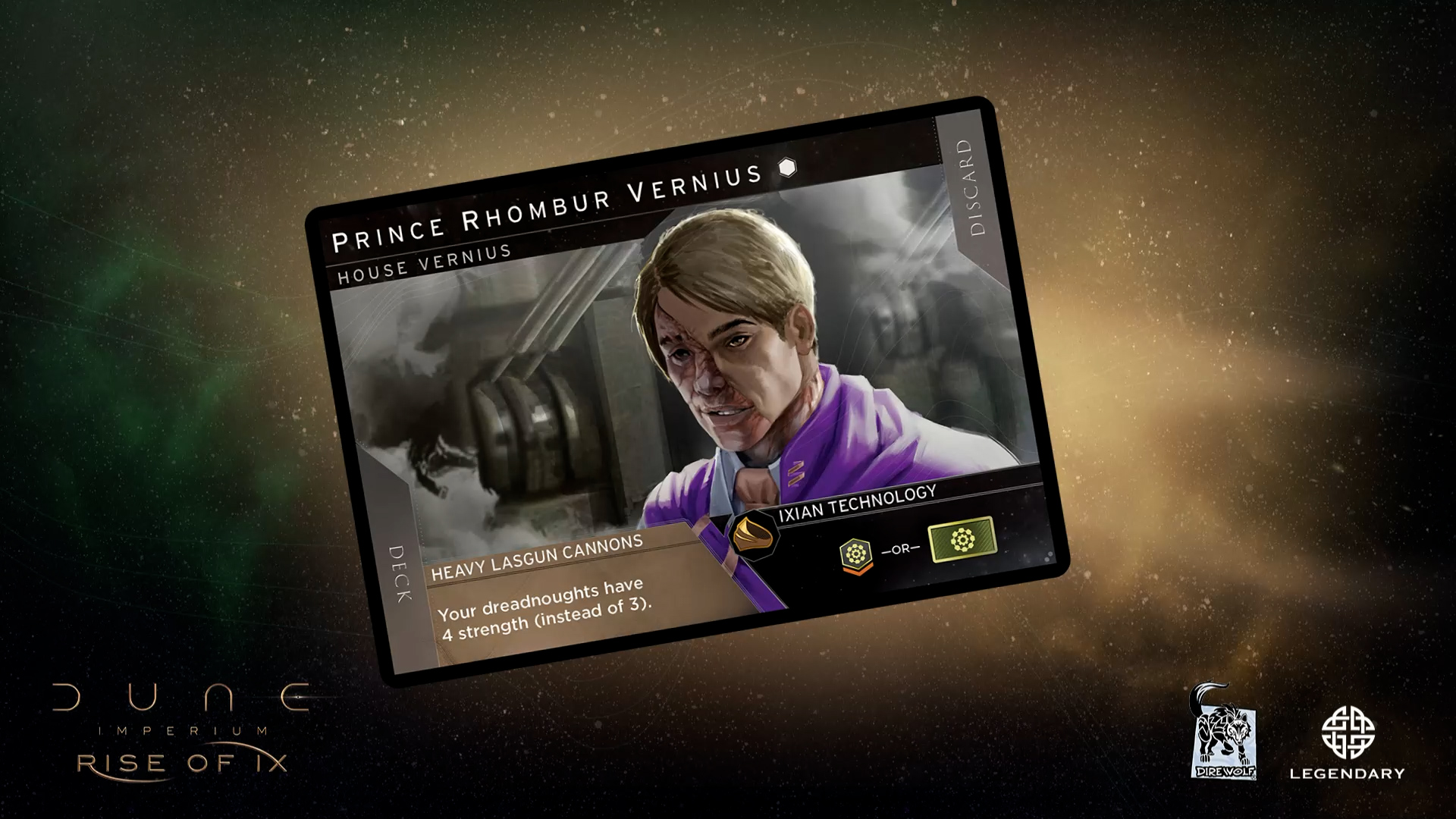 Dreadnoughts are mighty war machines that enter combat like troops, but pack even more firepower, and are indestructible! Dreadnoughts can also temporarily take control of locations on Arrakis. These powerful units will cost players Solari to construct, so decisions on how to prioritize spending are key. 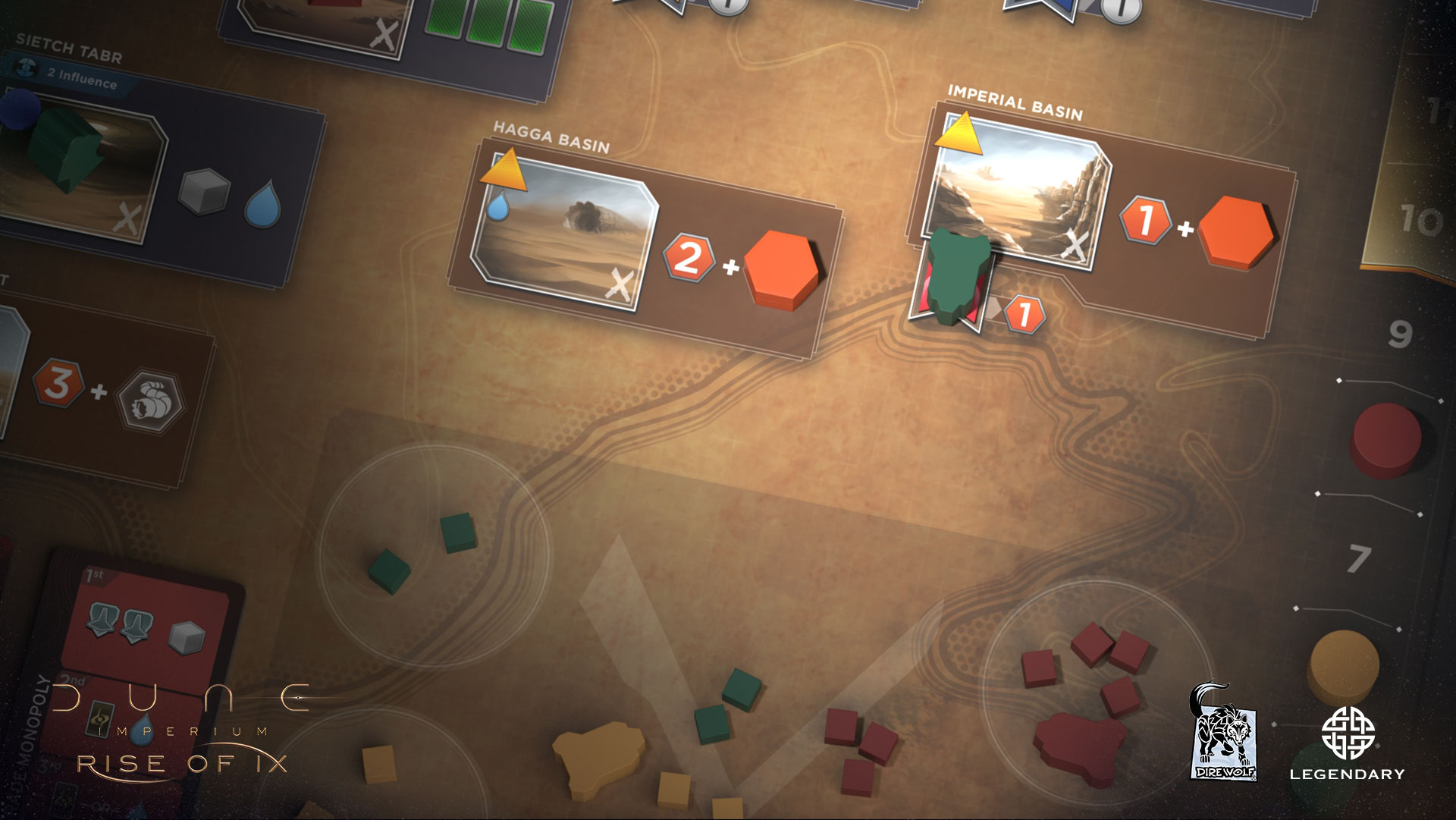 Ixian Technology tiles can be acquired for spice, and unlike cards, do not shuffle into players decks. The tiles are instead placed directly in front of a player, where they provide a permanent upgrade to abilities. 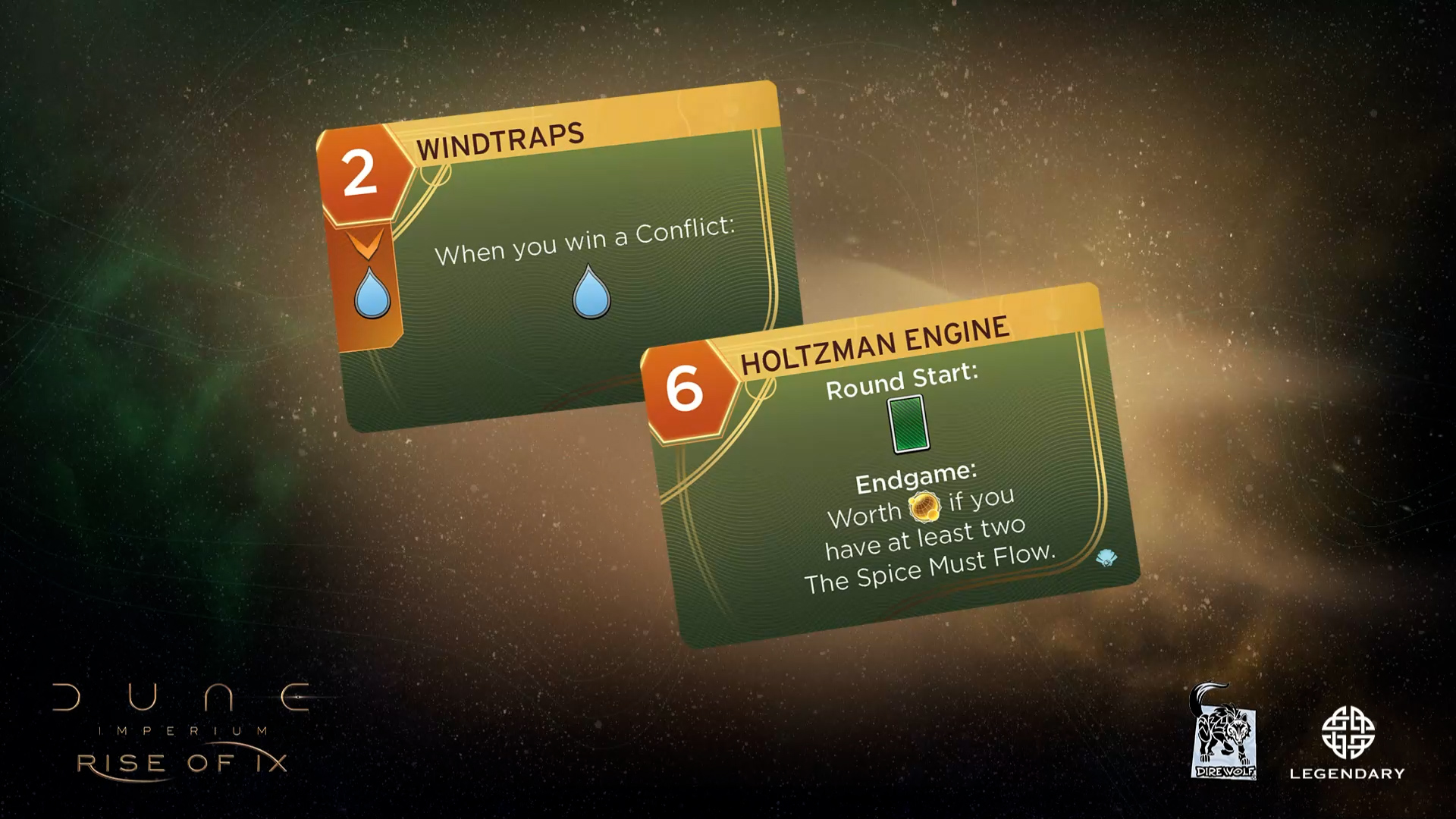 All this is just a taste of what’s to come in Rise of Ix! The expansion will be available in Friendly Local Game Stores for the 2021 holidays.

We’ll have more to share about Rise of Ix in the coming weeks! Enter your email below to get all the updates for Dune: Imperium and Rise of Ix!