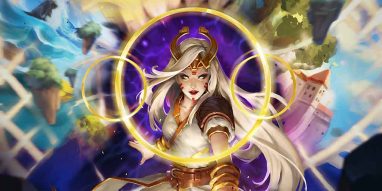 Solo Mode in Eternal: Chronicles of the Throne!

Eternal: Chronicles of the Throne is available from the Dire Wolf Digital web store.

In Solo Mode, you face off against the nightmare Eremot, an automated opponent that levels up throughout the game. 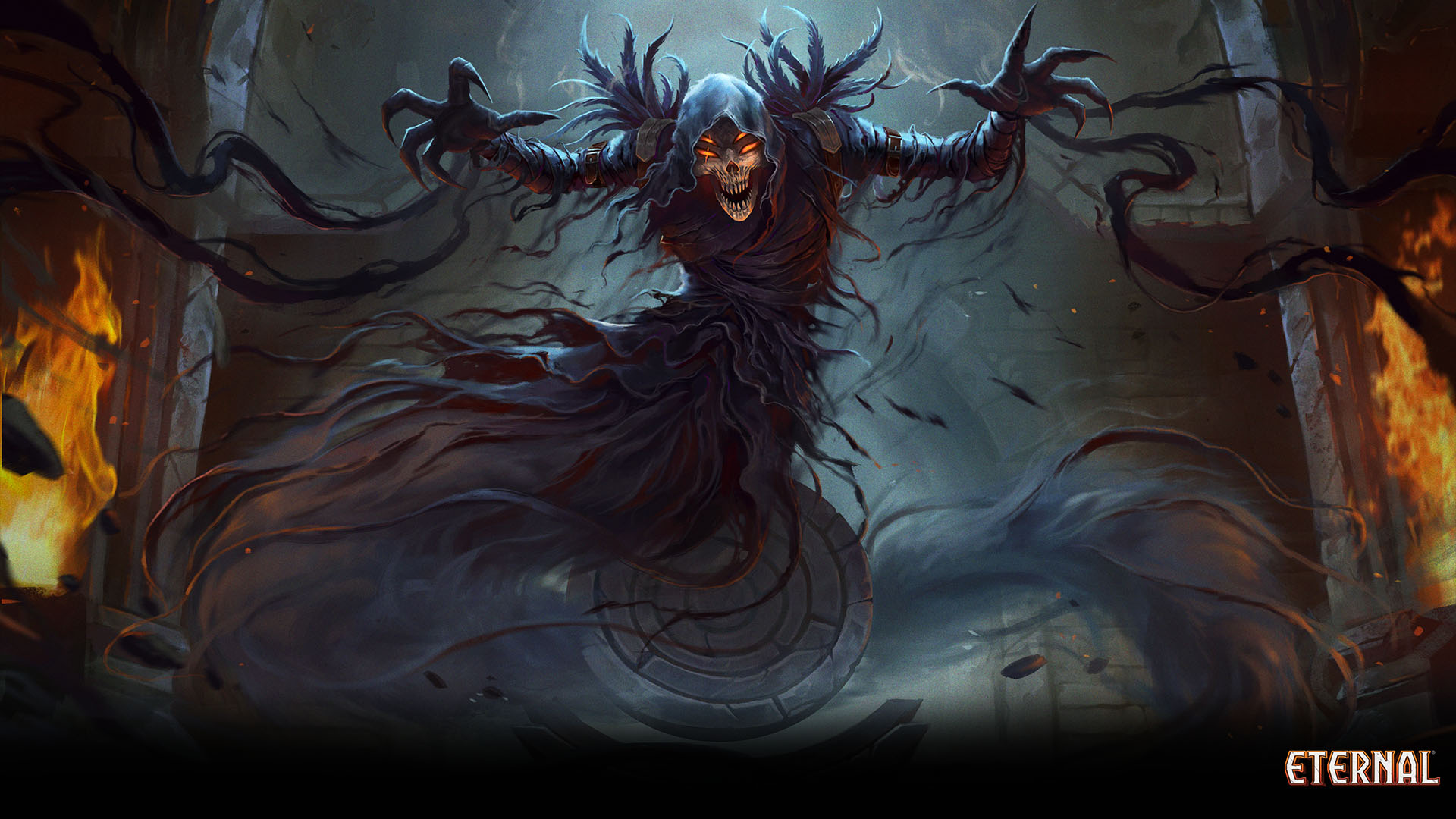 Changes to Set Up

Place 3 Seek Power cards on top of the Eternal Throne.

You take the first turn and draw a starting hand of 5 cards.

Once the game has begun, Eremot levels up each time you shuffle your deck. Use a Diplomacy card from the unused components to mark each level. At levels 2 and 4, it unlocks an additional ability that lasts for the remainder of the game. When it reaches level 7, you lose!

Any time one of Eremot’s cards would go to the discard pile (units that have blocked or dealt damage, destroyed relics, played spells, etc.), it is instead banished.

Level 2: Eremot plays the leftmost card from the forge row that shares influence with its Vanguard card.

Level 4: Eremot also plays the second leftmost card from the forge row that shares influence with its Vanguard card.

When Eremot plays a new card, place it to the right of the card it most recently played. Once all cards have been played, resolve its card effects from left to right (starting with any relics remaining from previous turns).

Exception: “When” and “whenever” effects are resolved when their condition is met.

There are some exceptions to how Eremot resolves abilities on spells and units.

Additionally, Eremot does not use the abilities of these cards:

In the case of any tie, you choose between the qualifying cards.

After resolving all of Eremot’s card abilities, it blocks your units. Go through each of the steps below, in order. In each step, Eremot always works from its lowest-strength unit up to its highest, trying to block the highest-strength enemy units it can. You choose in the case of ties. Eremot repeats each step as many times as necessary (until it has no more possible blocks in that step).

Step 2) Defense — Eremot uses its units that have + Defense to block.

Step 3) Damage Rewards — Eremot tries to block any of your units that reward you for dealing damage. (This includes all your units with Berserk or Lifesteal, plus Gorgan Fanatic, Crimson Firemaw, Acquisitive Crow, and Recurring Nightmare. Damage from Magma Javelin is not considered.)

Step 4) Fatal Damage — If the combined damage of your remaining units is enough to win the game, then Eremot begins blocking, one unit at a time. (It stops blocking immediately when this is no longer the case.)

Any remaining enemy units will attack you on your turn as normal. Note that because Eremot only blocks in step 4 to keep from losing the game, there will be times it chooses not to protect itself so that it can attack you instead.

This raises the difficulty by increasing the relevance of enemy cards related to power.

Eremot is a powerful foe, and you’ll need to be bold and cunning if you want to take the nightmare down.

We’d love to hear your feedback about Eternal: Chronicles of the Throne Solo Mode! Come join fellow Chronicles players on the Dire Wolf Discord to share war stories from your battles against Eremot and let us know what you think!

And keep an eye out for more socially distant gaming ideas and ways to continue enjoying your favorite games from home!