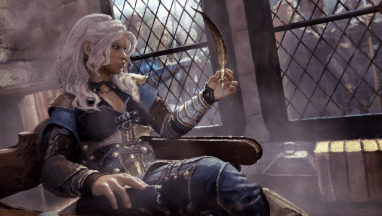 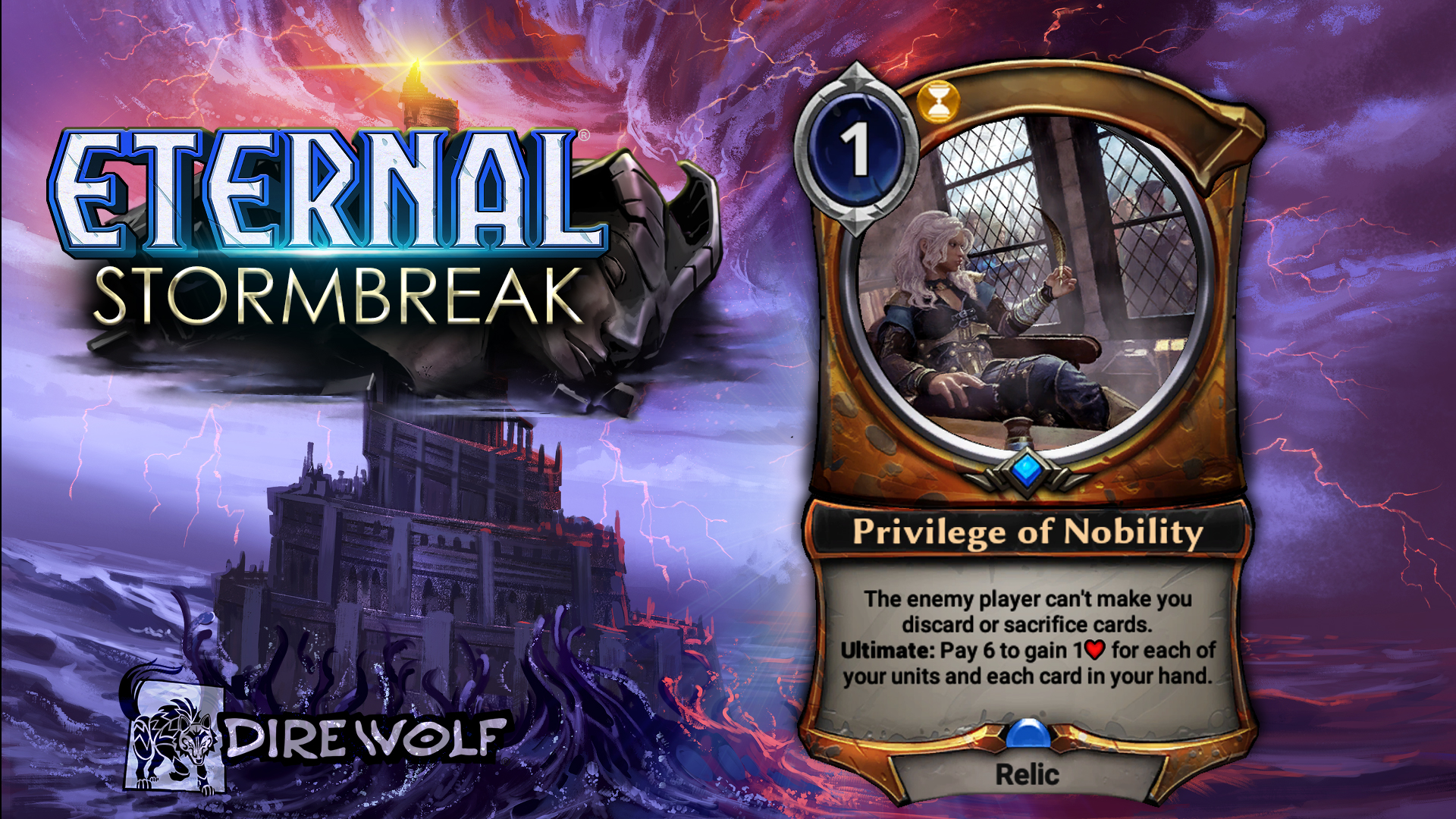 A massive finger trailed along a piece of pristine parchment. The ink upon it flowed in immaculate, calculated strokes with figures, estimates, and possibilities.

“Thirteen missing, five broken, eight unaccounted for. Strange how even inventory loss gets the artistic treatment from Steyer with these inks,” a gruff voice rumbled above the parchment.

A colossal form behind an equally gargantuan desk watched a lithe figure stand with uncertainty intermixed with wariness.

“Well, he’s rather particular on his craftsmanship, even with a simple report, sir,” the figure explained and tried to catch his wince before it came out but to no avail.

“Not that you weren’t aware,” he quickly added.

A deep black gaze stared at the small man a moment then looked down again at the documented losses. With a dismissive wave and nothing more, large hands set the parchment aside and another missive took its place of attention on the sturdy wooden desk.

The desk gave way to the force of the blow. 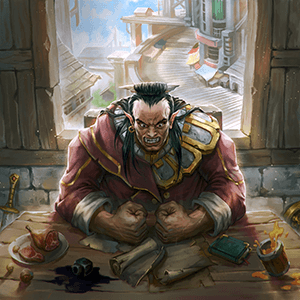 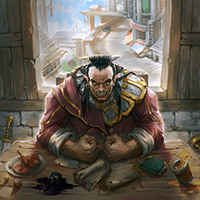 A slow and rhythmic sigh came followed by a growl and finally a rough slam of a fist on the desk. Sturdy as it was, the desk gave way to the force of the blow from the man in decadent red robes. The list of figures fluttered to the floor but its replacement remained stalwart and those black eyes read and reread the missive’s ink. The small underling opposite the giant of a man leapt back in surprise and stared at his fists instead of his enraged eyes.

“Sir Jun?” the smaller fellow asked with a concerned tone. A series of controlled breaths answered the inquiry a moment.

“Niln, is this just a stack of bad news?” the House leader asked. The smaller man took a step backward to the office’s closed door and bowed his head.

“I was focused on other matters, with that Downdark expedition… that yapping Grenadin and-” Niln began. Another heavy blow came to the table, another growl escaped, and those black eyes were full of fire. More slow breaths came but Niln kept quiet.

“Right, I heard it had a certain charm,” the giant descendent replied and admired the new damage on the desk before looking over the missive again. The grimace on his face pushed hard into a scowl.

“Make sure House Kyoju are informed that we depart for the Mids,” Jun said and pushed away from the desk. His mammoth frame blocked the window behind him a moment.

“Sir? You mean, send an envoy to the Mids? To deal with the inventory loss problem? Not the Bellows where… she’s been seen?”

Green eyes met black before the green relented and looked away.

Jun shook his head and grunted before he turned toward the window. The market below held chattering, almost jovial folk. Another dismissive hand wave.

“We’ll cut our losses related to this ‘Queen of Glass’ for now, and deal with her later. Besides, I doubt she’ll be able to do much soon enough,” Jun said and leaned against the window frame. A few Asri circled overhead, their riders whooped in exuberance. Jun’s brow furrowed at them.

“Sir?” Niln interjected before the giant’s thoughts could drift.

“From what I’ve just read, the path of D’Angolo shifts once more, much to my frustration. Strong as I am, that damned Shadowsea changes my course better than any of my rivals,” Jun spoke and watched a fruit seller haggle far below. Jun faced Niln once more with frustration pressed into the aged lines of his face.

“A storm comes to claim the Bellows and perhaps beyond,” Jun said, his tone again flat, angry.

“That’s a concern for those below, maybe, but-” Niln started and Jun shook his head.

“For us all. Alert the Kyoju. This matter requires a… personal touch,” Jun said finally.

Jun watched curiosity war with uncertainty in Niln’s eyes before the man gave a nod and moved to depart.

The door closed quietly behind him followed by a clatter as the battered desk collapsed. 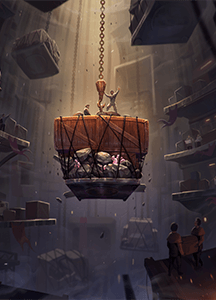 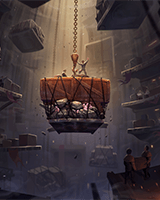 Murderous steel sat inside an interior pocket of Jun’s robe while the House leader appraised the elevator attendant. He felt the presence of his weapons more keenly on his person down here. He gave a nod to the attendant and stepped out onto solid pavement. Niln scurried a few feet in front of him with his own robe flowing behind and a heavy leather belt and sword at his waist. No sense in a journey here without preparation for a possible fight. Jun knew the numbers of those who wished him dead and those who wished his company were not evenly split.

Silently, the pair moved through the crowded streets of the Mids, past the bustling and nearly choked alleyways. Jun’s immense form was both a boon in parting crowds and a bane as the buildings pushed together. Each minute of travel into the darker backstreets brought them closer to allies and further from those more dutiful to the nobility of the Reach.

Calls asking for coin and casual threats to remove it by force all swirled around Jun and Niln as they cut through passages and less traveled routes. Shortly after a series of turns and twists, Jun stepped through the doorway of a grungy eatery. Its signage boasted food-grade skimmer meat. Jun knew time of day rather than the true quality of the meat had caused the current emptiness of the establishment.

Moments later, Jun sat at a corner table with his back to the wall with Niln seated at a separate table to his right. The smaller man’s earlier uncertain demeanor had been replaced with steady focus. Jun dwarfed the table with its decorative cloth of a black fabric that looked soiled by three different types of sauce. Immense folded hands laid on the fabric before a red-skinned oni approached and wordlessly took a seat. The oni’s dull grey shirt and slacks did little to impress signs of wealth to Jun.

“Why?” the oni said, slow and deliberate, as he motioned to the entirety of the massive man before him. Jun let his mouth slip into a welcoming smile.

“Business, Sylph, that you can provide and no other,” Jun said. His smile became almost playful. He savored the weight of his hidden dagger against his chest.

The oni kept his gaze neutral and remained silent. Jun gave a nod and waited a beat then spoke.

“I’m the first to relay this then? Excellent. I do enjoy winning that race. The Mids are due to have some unexpected guests in a few days time. Quite a few. I presume I can trust you to make the usual proper arrangements down to the finest detail,” Jun said. The last few syllables were emphasized with a grunt.

The oni’s face shifted to frustration and anger.

“My livelihood is already threatened by the followers of that Queen of Glass, and then you arrive without warning with news that now, after all these years, I have to deal with…” The oni’s words became quiet and hushed as he continued despite the emptiness of the restaurant, “With refugees of a Shadowsea storm? You want me to help thieves and grifters from below! Back then, when the shadows grasped at me I barely slipped away. You demand I return, for those that would sooner break my back and use it as a stone to escape the depths? I know them, they are all the same. If I aid them despair or death shall be my only reward. No.”

Jun’s smile faltered for a second then returned with radiance and acceptance. The massive man leaned back with steepled fingers while his dark gaze moved along the oni’s face.

“Niln?” the House leader said with a light nod. Niln nodded in response and with the creak of a chair, stood up.

Slow, methodic breaths came across the table from Jun. He watched Niln approach Sylph’s side. A singular movement of Niln’s arm followed as he unsheathed his sword. Niln’s hands were quick with his blade as it stabbed through Sylph’s flesh, then stayed there.

Jun’s black eyes watched Sylph’s blue ones flail and dart. He felt his smile grow along with Sylph’s surprise as the oni’s blood dripped from the newly made wound in his shoulder.

“I realize that our usual business arrangements are less physical than this,” Jun said while rough grunts were the only reply he received. Niln stepped forward and the sword pressed deeper. The oni writhed but remained seated with panicked eyes and a voice stolen into silence by fear and pain.

“But the timeline is rather fast-paced. It grants less time for pleasantries and demands results. My usual decorum unfortunately has to be brushed aside to get some people,” Jun spoke with his gaze hard set on Sylph,” to pay attention. To really focus on more than themselves.”

Jun held a finger to his lips as if to shush Sylph before the large man leaned back and continued.

The Speaking Circle prattles on but for all their words, none are used to aid those here and below. 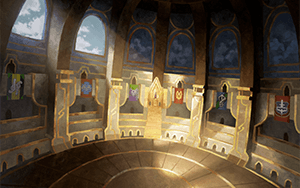 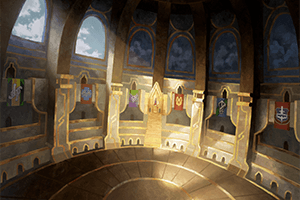 “There are great profits in this. Immense. And if I can lessen the death toll of that damned Shadowsea even by one, then it is worth any and all discomfort you or I may suffer. The Speaking Circle prattles on but for all their words, none are used to aid those here and below. You know the fear of someone about to be swallowed in a storm, right Sylph?” Jun asked with a harsh glare. The oni shook a moment, grunted in pain as the blade held deep but he offered no further discourse.

The House leader gave a curt nod, and stood up. More blood fell from the wound and splattered on to the soiled tablecloth as Niln withdrew his blade.

“Patch him up Niln,” Jun said without looking over to the smaller man,” he needs his strength to help those who will be caught in the worst of it. The Mids will be full of those trying to escape. I’m sure that new scar will remind him of his manners next time, to be more of a gentleman. Or else I won’t. ”

“Must be some fantastic profits for us, sir? To let them up here?” Niln asked. Jun gave a shrug then a nod.

“It’s not about the immediate Niln, it’s about the future. You let them all in, no matter how little they can pay. Even a single gold. That’s gold you now have that they don’t. And they’ll remember they’re alive, because of you,” Jun said. The massive man took heavy, sturdy steps forward and left the eatery.