Hello, I’m Patrick Sullivan, one of the designers on Eternal, and welcome to the last in our series of mechanical previews for our upcoming expansion, Unleashed. Today we’ll be showing off Taunt, a new battle skill that shows up on a number of units, along with other card types that can grant it as a skill.

Taunt means “This unit must be blocked.” This reads very simply and in most cases is pretty intuitive, but there are cases that come up with some frequency that are worth clarifying. If multiple units with Taunt attack, each must be blocked if possible, so a double-block on one isn’t legal if you don’t block the other. If a unit has Taunt and an evasive battle skill like Flying, the enemy player must block it if they can, but if they can’t Taunt doesn’t apply. Once you’ve met your Taunt blocking obligations, you may otherwise block normally–for example, if you block all units with Taunt, you may double-block a non-Taunt unit, or triple-block one of the Taunt units, or anything else you can normally do.

A blocking player can’t proceed through blocks until they’ve assigned a legal set of blocks. If a player is at risk of timing out, a button will appear that will auto-assign a valid block for the player. This will not be the “strategically correct” block, but rather a random one that will allow the player to continue, and those blocks can be edited as normal before the defending player chooses to proceed. In the event of a timeout, a random legal block will be automatically assigned, and then play will proceed.

Tactically, Taunt commonly allows for two very different things–swallowing up a smaller blocker by giving something larger Taunt, or forcing something larger to block something small with Taunt, allowing other units to come through cleanly, opening up windows for precise combat tricks to win the exchange, and a variety of other nuanced plays. 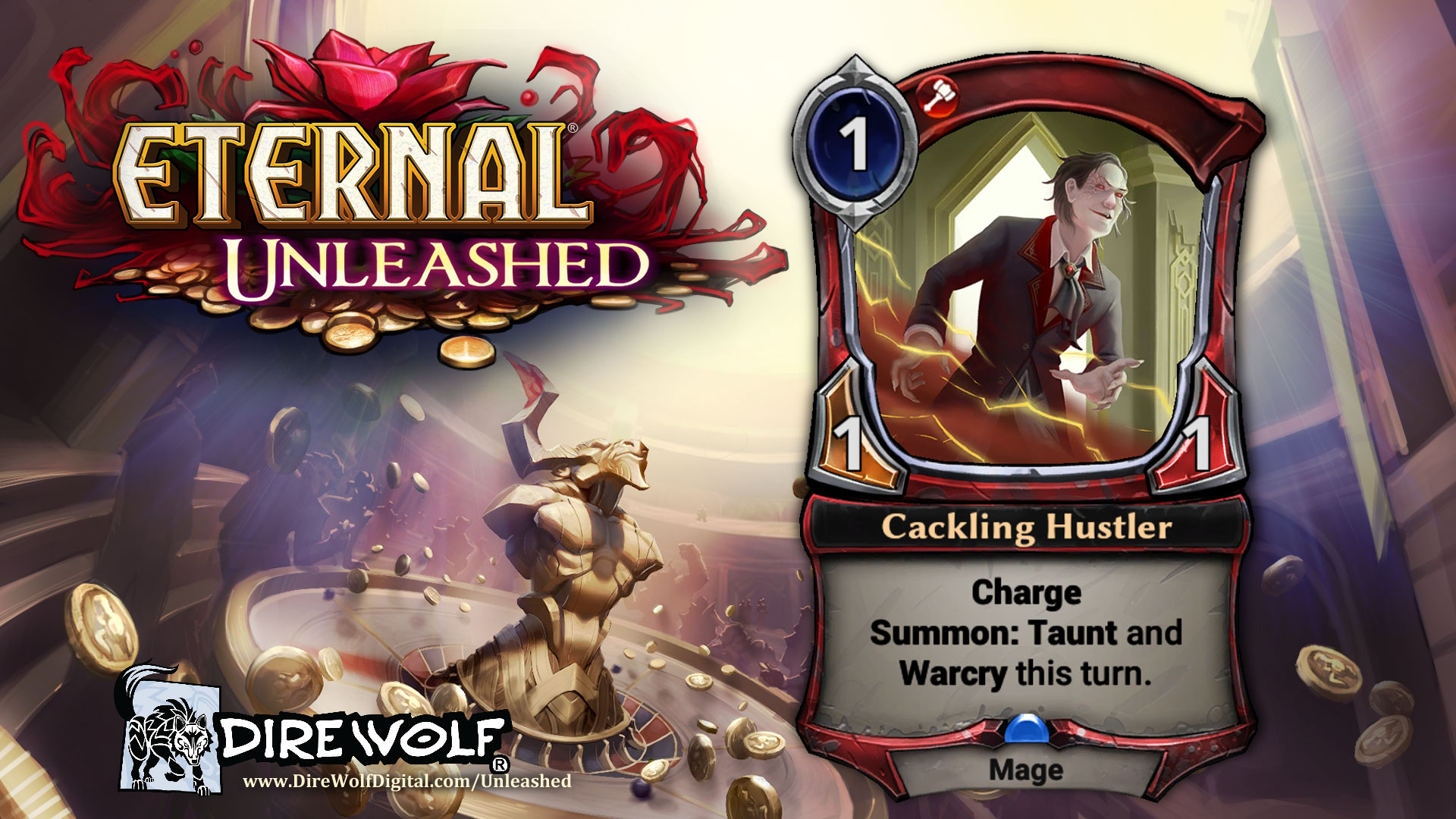 Some of my favorite cards are inexpensive units with the potential for a ton of nuance, tactics, and timing that you can also just let rip on the first turn if you’re feeling a certain way. If you love that too, allow me to introduce you to Cackling Hustler. You can use this to trade off with early opposing units, Taunt a much larger unit later in the game to let your other units truck on through, induce a block that your opponent wouldn’t have made to take advantage of a combat trick or post-combat effect that punishes exhausted units, or just play it early to get some damage and a Warcry trigger going. For a card so simple, there’s so much to do. 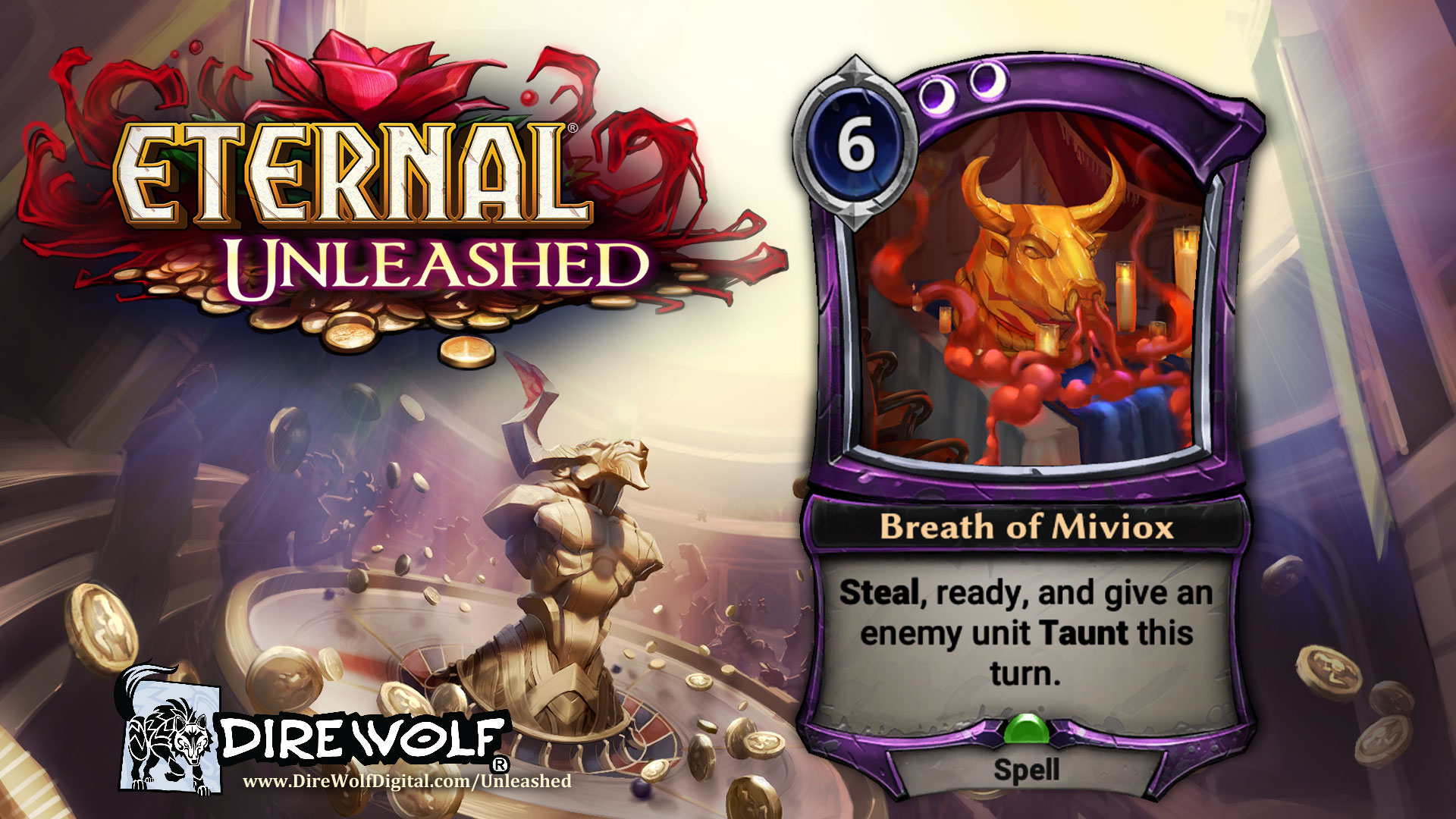 Madness-style effects are really fun, but sometimes they lack that tactical touch. Often the incentive is to hold it until it enables a lethal attack, or you can pair it with some sort of sacrifice outlet to make sure the opposing unit doesn’t get sent back. Well, Breath of Miviox is all of that, and then some. This card is fantastic both at blowing up clogged boards and taking advantage of someone with two similarly-sized units, on top of all the usual synergies and combos that Madness enables. Again, a very simple card with tons of play to it. 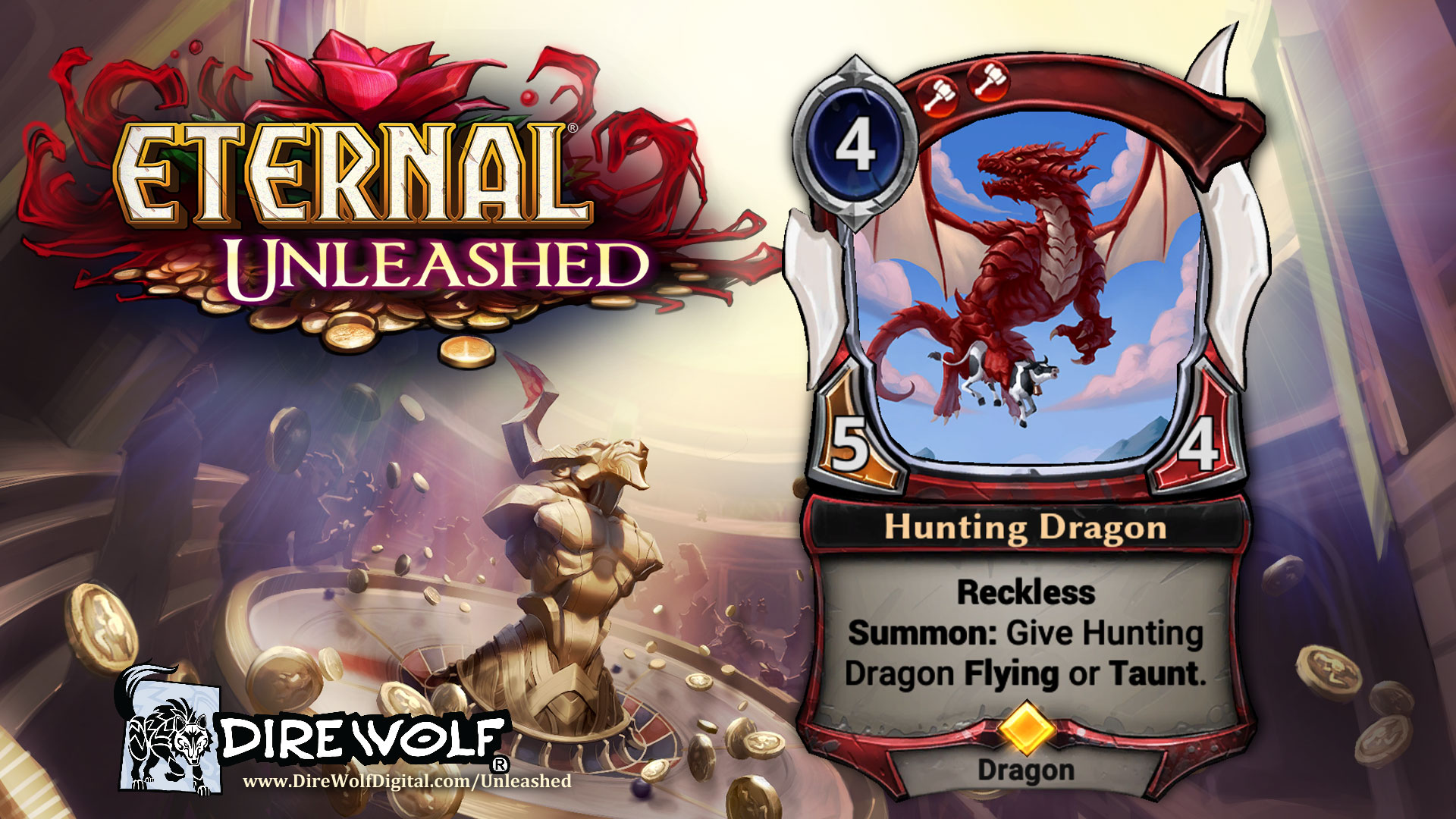 Hunting Dragon is a big unit with Reckless that gives you two cool options– do you try to hunt down enemy units on the ground with Taunt, or take safety in the air with Flying? The upside is huge with Taunt but so is the downside–what does your opponent have right now? What do you expect them to have next turn? Clean, evocative, and dramatic, Hunting Dragon is another example of how much play and counterplay Taunt enables.

With that, this concludes our mechanics preview. Make sure to check out the previews for Frenzy and Unleash if you missed them, and also remember to take your chance to play with many of these new cards in the Unleashed Draft Preview event starting tomorrow, May 4th!