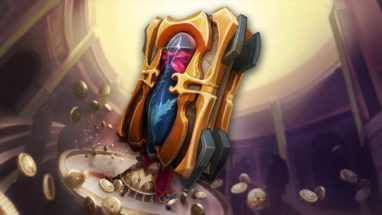 Hello, I’m Patrick Sullivan, one of the designers on Eternal, and what follows is a summary of some significant changes to booster packs, Draft and Expedition legality. We believe we are ushering in a much simpler and positive system with Unleashed, but this article will be a thorough unpacking of the history of various systems and the reasoning behind their changes. This will be long and detailed, but given the changes we believe the thoroughness is warranted. Before we dive in, please note that these changes only apply to Unleashed and future releases, and the contents of older packs on your account or that you receive in the future will not be impacted in any way.

Since the inception of Expedition, the card pool has been composed of the two most recent sets, cards from releases like Chapter Battles that are released in between, the cards players earn during onboarding, and the Eternal Draft Pack. The Draft Pack was a curated list of cards which players would draft two packs of, and was subject to change when a new set came out, or even during the life cycle of the most recent set. The draft pack served two purposes–providing certain staple or synergistic effects to each set’s draft environment, and providing more depth to the Expedition card pool.

Going forward, the Expedition format will be composed of the two most recent sets, any cards like those from Eternal Chapters that are released in between, the cards players earn during onboarding, and the Expedition Vault.

The Draft Pack was always an imperfect solution to several disparate and in some cases competing needs. We wanted certain cards and effects to provide balance to both Draft and Expedition, and the Draft Pack allowed for that. However, for Expedition players who didn’t draft, the Draft Pack was an opaque and constantly updating list of seemingly-arbitrary cards, with functional “rotations” and “sets” coming at times that had little or nothing to do with set releases or anything else a constructed player is trained to pay attention to.

This awkwardness cut in the other direction, too–because we have wanted certain cards to be legal in Expedition without being too prevalent in Draft (Torch is a good example of this), we had to use weighting, a process by which some cards appear more or less frequently than others inside of the same rarity. This clouds the whole notion of rarity. In addition, the weighting was not “invisible”; it was of strategic significance, both in the draft itself and the games, to know which cards showed up more or less frequently. Again, this is information that was available online, but not the type of thing we wanted our players to feel obligated to research.

Towards the end of 2021, we released the Expedition Vault, a curated list of cards that are legal in Expedition for the entire year, and which players receive for free on their account no matter how long they’ve been playing. We believe the Expedition Vault is a boon for our players for a number of reasons, but we eventually decided it could also be used as a replacement for the Draft Pack as it pertains to Expedition–we now had a home for cards that provide a solid foundation for players entering the format.

That said, there is still tremendous value in being able to leverage older cards, especially as it relates to the unique needs of each set for draft. Many of them, due to complexity, power level, or other reasons, are not good candidates for the Expedition Vault. The solution we landed upon, and which will make its debut in Unleashed, is adding reprints to boosters. So, here are the total sum of changes: 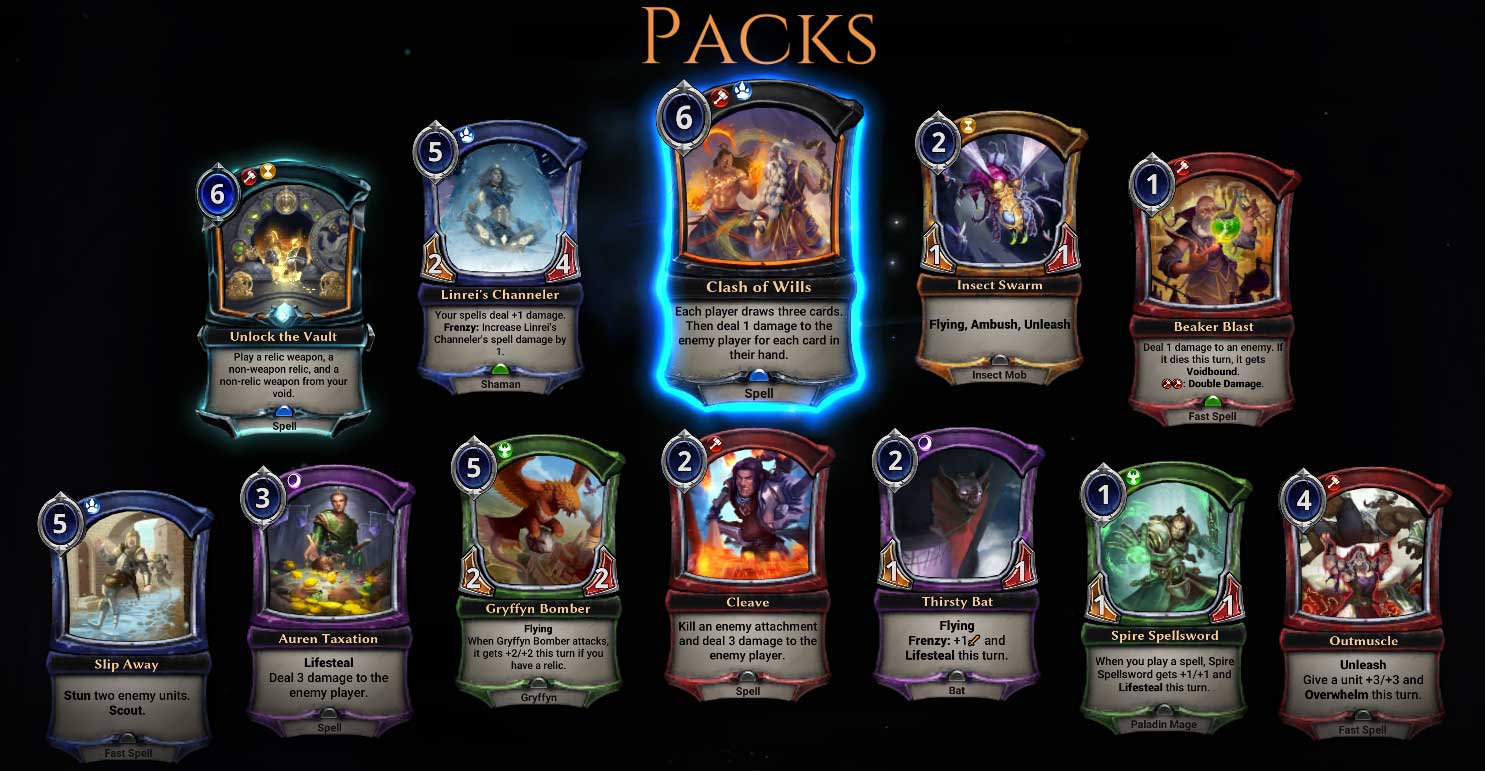 Unleashed will contain reprints, and three reprints will appear in every pack:

There will be three reprints in each booster, both in Draft and in packs you purchase or receive as rewards. These three reprints will take the place of two commons and one uncommon. Some of the reprints are higher-rarity cards, meaning some packs contain multiple Rares or even Legendaries  Even though the value of these packs are higher, they will still cost the same and will each grant 100 Shiftstone, and Unleashed will contain a comparable number of new cards compared to any relatively recent set release.

Any reprinted card will count as appearing both in its original set and the new set:

This is analogous to cards that were previously in the Draft Pack, as they would show up as both in the Draft Pack and in their original set when selected in your collection. It is their presence in an Expedition-legal set that informs their legality, and they rotate out at the same time as the set in question does.

The Draft Pack no longer exists; the draft format will be Unleashed/Unleashed/Cold Hunt/Unleashed:

This means both that there is no longer a separate list of legal cards outside of the Expedition-legal sets and Expedition Vault, and also that Draft itself will no longer use a Draft Pack. The draft format will launch as Unleashed/Unleashed/Cold Hunt/Unleashed, though we may decide to change the order and number of each pack in the future.

We are currently planning on an annual update to the Expedition Vault, though as initially promised no changes will be happening until November of this year at the earliest.

Going forward, the Expedition format will be composed of the two most recent sets, any cards like those from Eternal Chapters that are released in between, and the Expedition Vault:

Essentially, the same as before, except no Draft Pack. Since the reprints will actually appear in boosters and will show up in the collection as being in the set in question, they are considered part of the set, and they will rotate out when their set does.

We know that this is a lot to digest, but we believe this is a significantly better world. Expedition will be easier to understand, draft will contain more of the new cards, and packs will have an increased Shiftstone value. Thank you as always for your continued support of Eternal, and remember that Unleashed is now available. Pick up some new packs (and slick Unleashed cosmetics) from the Eternal Store!