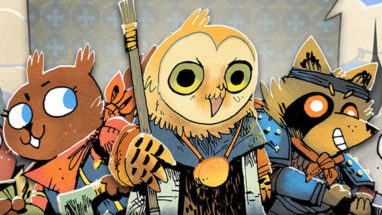 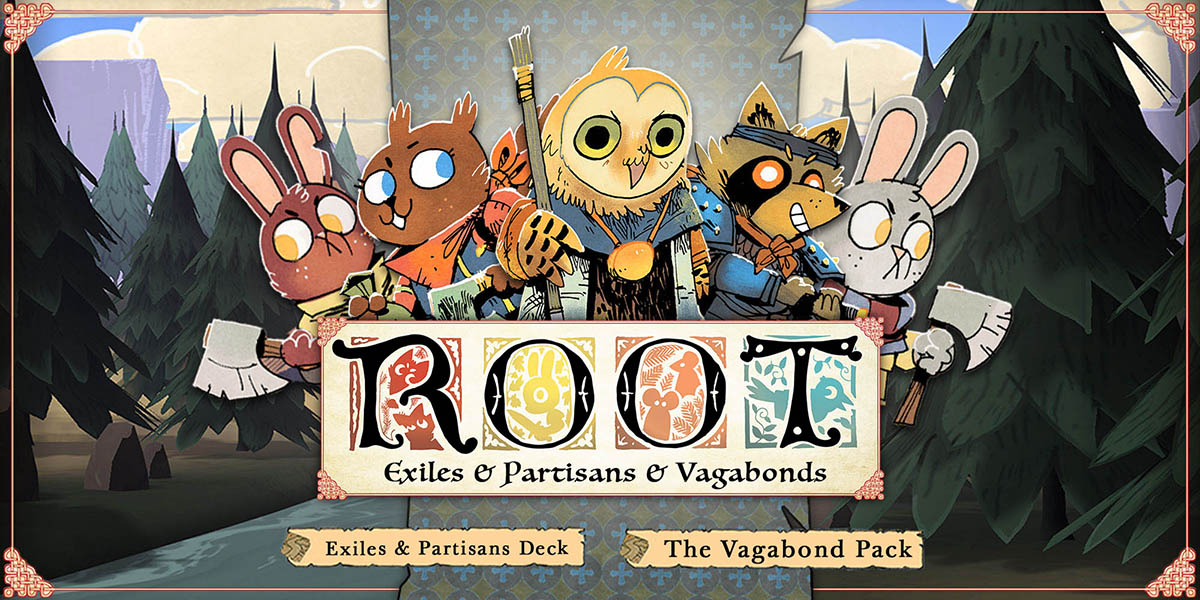 New friends and foes arrive in the woodlands with The Exiles & Partisans & Vagabonds Expansion for Root, coming to all supported platforms May 3rd! Be sure to add it to your wishlist on Steam!

Let’s take a look at how each of these new Vagabonds work, and what players can expect with the Exiles & Partisans deck!

The Adventurer is a vagabond dedicated to helping the denizens of the woodland. Their starting kit gives them the tools needed to explore, craft, and complete quests right from the start of the game!

The Adventurer’s Improvise ability provides immense flexibility while questing. Instead of needing the exact items listed for a quest, The Adventurer can make use of any unexhausted item in their satchel. And the starting hammer makes it easy to repair all of the items you damage via improvising.

Tip: Focus on consistently drawing cards so you can craft more items to use while Questing!

The Ronin is a warrior that’s always on the move. This Raccoon is ready to venture into hostile enemy regions to slice and dice their foes.

The Ronin’s Swift Strike ability allows them to exhaust a sword to deal an extra hit to an enemy. This guaranteed hit is a great way to ensure that you take out your enemy’s critical buildings or units, but be careful not to exhaust a sword that could have been used for an additional attack action on your turn!

Tip: The Ronin is a great Vagabond for scoring points via infamy, so don’t be afraid to antagonize the other factions when the time is right.

An incredibly mobile and versatile vagabond, the Harrier can find success through a wide range of strategies. Their starting coin provides card-draw from the beginning of the game, and having both a sword and crossbow allows players to choose their engagement style. The Harrier doesn’t start with any boots, but you won’t need them…

The Harrier’s Glide ability allows them to exhaust a torch to move to ANY clearing on the map. Nothing is off limits to the Harrier.

Tip: Pay attention to the map and use your Glide ability to quickly reach and attack other factions’ unprotected infrastructure, or quickly travel to trade with and aid other players!

The Exiles and Partisans deck allows you to mix things up with an alternative deck of cards. This new 54-card deck focuses on persistent effects that help players accrue an advantage over multiple turns.

Move through Rivers like the Riverfolk with Boat Builders: 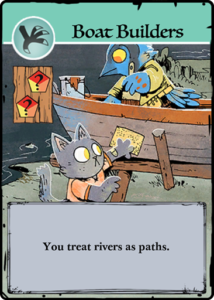 Put up a strong defense like the Woodland Alliance: 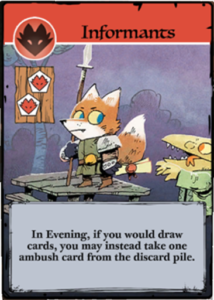 Learn to fight like the Eyrie with Eyrie Emigre: 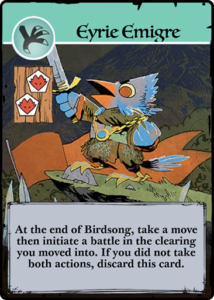 Of course, Exiles is about more than just mimicry. New powers like Soup Kitchen allow you to Rule clearings through unexpected means. 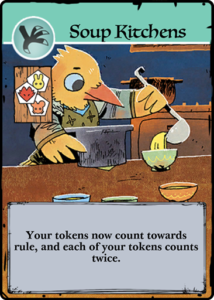 The three Partisan cards will help you dominate battles in their clearings.

Cards like Master Engravers will allow you to carve out more specialized paths to victory. 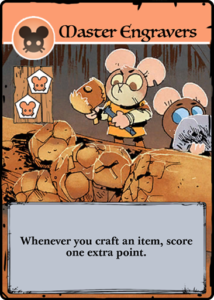 Just don’t get too attached to your shiny new toys. A well timed Saboteur can thwart even the best-laid plans. 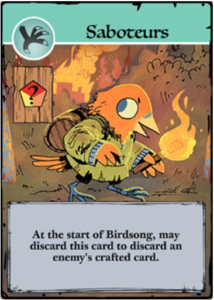 But what about your favorite cards you may ask? Are all the cards from the base game gone? Not to worry: Favorites like Ambush, Dominance, and Items are still in the deck.

“And what became of my precious Favors?” a crafty Tinker holding three hammers may say. 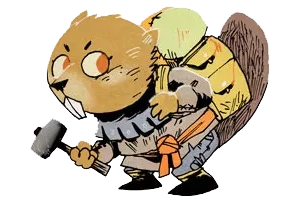 Let’s just say this wily Vagabond will have to get a little more creative when Exiles and Partisans comes to Root.

Root: Exiles & Partisans & Vagabonds will be available on all platforms May 3rd. Wishlist yours today!

Never miss an update! Subscribe to the Dire Wolf newsletter for all of the latest on Root and other great Dire Wolf games!