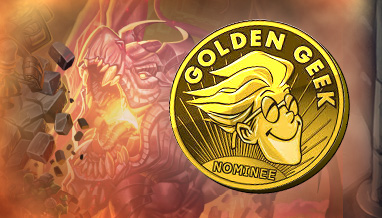 The nominees for the 11th Annual Golden Geek Awards have been announced, and DWD has games nominated in six categories!

Clank: A Deck-Building Adventure earned nominations for Board Game of the Year, Card Game, Family Game, Innovative, and Thematic Game. Clank! launched to some acclaim at Gen Con last year, and its first expansion, Clank! Sunken Treasures, will be in stores next month.

In addition, our digital adaptation of Lanterns: The Harvest Festival is nominated for Best Board Game App. Lanterns was recently updated to include the new expansion, Lanterns: The Emperor’s Gifts at no additional cost.

You can vote now for your favorite games of the year; voting is open until March 6th!