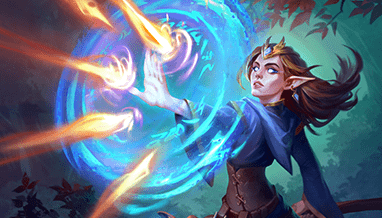 Eternal’s newest set, Defiance, introduces five Alliances, each a different three-faction combination. The Auralians, represented by Time-Shadow-Primal, have a relic theme, many of its cards either are relics or interact with them.

Let’s kick things off with a look at some of the new relics: 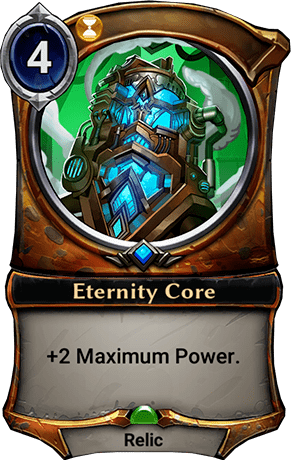 If you’ve got big plans, Eternity Core can help fuel them. This gets you right to the sweetest part of the curve, and there are some big things to ramp into.

However, relics doesn’t just mean expensive cards. Take a look at something on the lower end of the curve. 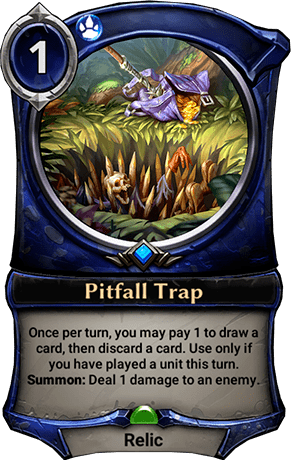 Pitfall Trap can come down early and clean up a 1-health unit, or even pick off a relic weapon like Auric Runehammer. Later in the game, you can rummage through the trap for goodies, fueling more exciting plays.

Besides relics, Knowledge also has cards that care a lot about the relic card type. If you’ve got some spare relics lying around, Lethrai Lobotomy can fix that. 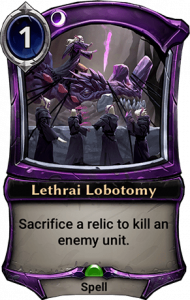 Apparently Ancient Baubles can be deadly weapons, and no unit is safe once the Lethrai get involved. Any unit that causes you too much trouble can and will be dealt with, in what appears to be a highly unpleasant fashion.

Sacrificing relics offers a wide variety of rewards, as one look at Governor Sahin reveals. 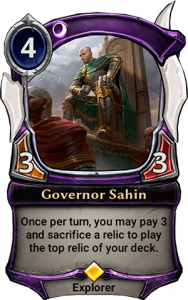 Governor Sahin allows you to upgrade your worst relic each turn, and given some creative deckbuilding, can lead to some very exciting turns. Sword of the Sky King is a relic, after all, and the fun doesn’t end there. In fact, let’s close out this preview article by looking at some real estate that Governor Sahin is very interested in acquiring. 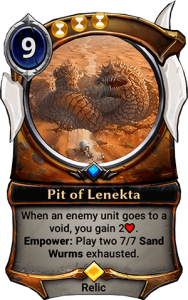 Getting a pair of Sand Wurms each turn is no joke, and this even gives you some extra health to play with if you’re killing enemy units. That translates into a card that is an endgame in and of itself, so finding ways to land it is critical. 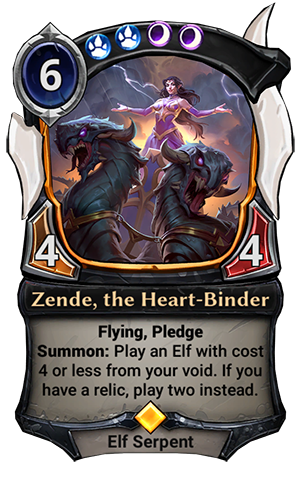 Lastly, relics overlap with a sub-theme of the set — Elves — and Zende binds the themes together nicely. By herself, she’s a 4/4 flier (with Pledge, no less), and can bring one Elf back. If you’ve got a relic, she gets much more exciting, and brings two Elves back as her own personal bodyguard. There are a lot of Elves that have nice summon abilities, so Zende is sure to make a splash.

The relic theme in Knowledge extends in many different directions, and these cards today give you a preview of a couple of them. As your knowledge of the set increases, so will the possibility, and there is much yet to come when Defiance releases!