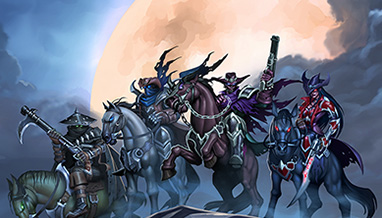 Eternal is now available for iOS in Canada and Australia!

The battle for the Eternal Throne comes to iPads across Canada and Australia today. This is the first stage of preparing for a global iOS release that will support cross-platform play among PCs, Android, and iOS devices.

It’s been a busy week in Eternal, with the release of the Jekk’s Bounty campaign introducing 16 new cards to the game. Now we’re taking the next step in opening up the constantly-requested iOS support.

We’ll be testing, analyzing, and improving-upon iOS performance in Canada and Australia in preparation for expanding into other territories, so sit tight. Stay tuned to our Facebook and Twitter channels for more info about future iOS support and all of our latest announcements.

And if you are in Canada or Australia, we’d love your help testing Eternal on your iPad. Send any feedback to support@direwolfdigital.com or drop us a note through in-game feedback.